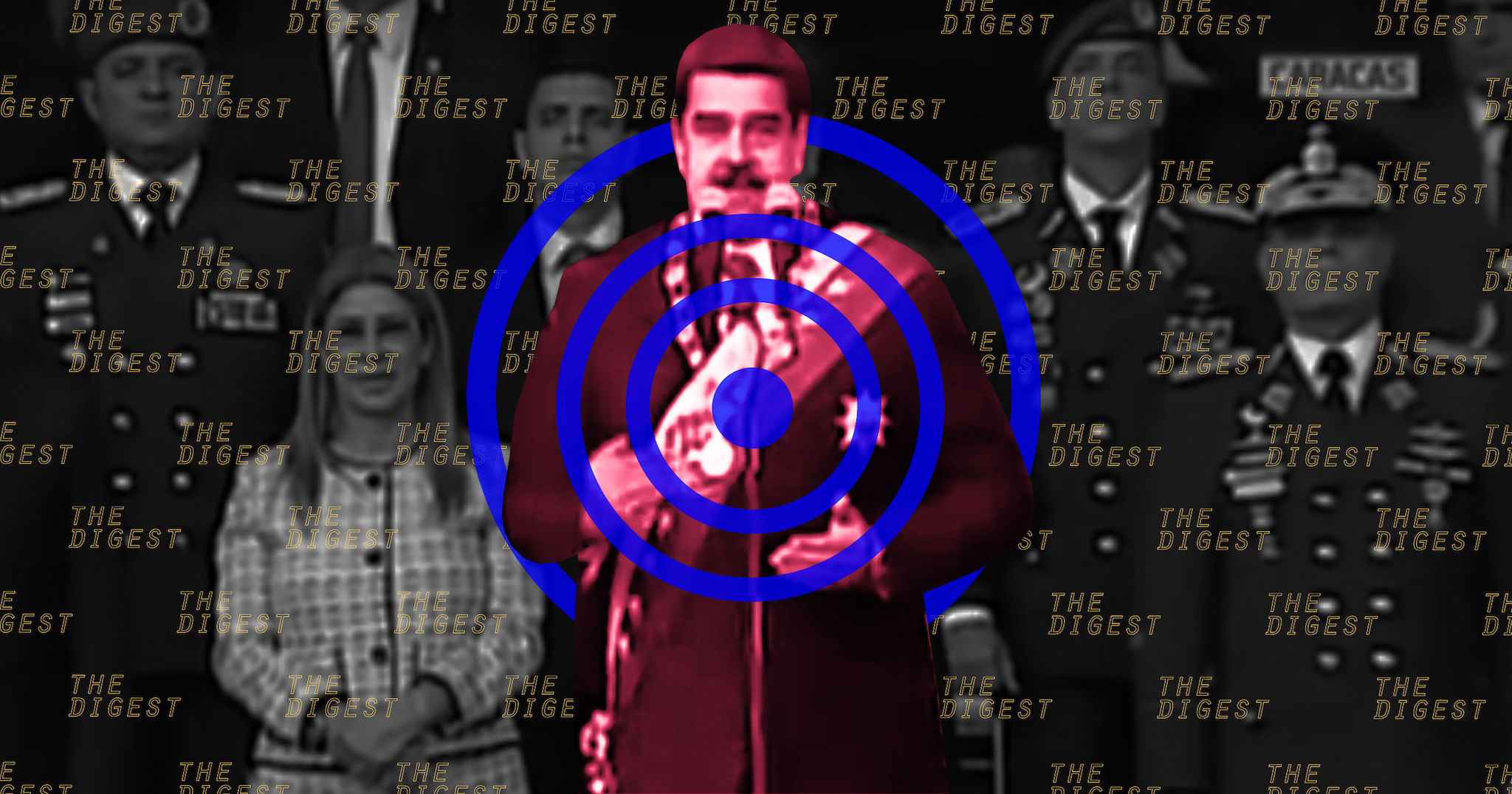 A SCARY SITUATION. On Saturday, Venezuelan President Nicolás Maduro was giving a speech when he allegedly became the victim of an assassination attempt. In this case, Maduro wasn't targeted by a lone gunman or any person at all — his "attacker" was a pair of explosive-carrying drones.

Both drones did explode, and while Maduro escaped unscathed, the attack injured seven soldiers, according to Venezuelan authorities.

WHODUNNIT? Maduro later alleged during a national address that Colombia and the U.S. were responsible for the attack. According to The South China Morning Post, a senior Colombian official called the accusation "baseless," while the U.S. National Security Adviser John Bolton denied the nation's involvement. Venezuela's government also accused members of the opposition party of playing a role in the attack.

On Sunday, Venezuelan officials arrested six people for their alleged involvement in the assassination attempt, and other than Interior Minister Reverol's assertion that those arrested are "terrorists and hired killers," we know little else about them.

DEMOCRATIZED DESTRUCTION. The nature of the attack means there's really not a lot of identifying information for who the assassins might be. The type of drone used for the attacks was a DJI M600. Its $5,000 price tag isn't too cheap, but it's not too expensive, either, and anyone can order one online. Each drone carried 1 kilogram of C-4, a plastic explosive that anyone with internet access can figure out how to make at home.

This isn't the first armed drone attack, either. In July, rebels in Yemen reportedly attacked Abu Dhabi's international airport with an armed drone. No one died during that attempt, either, but that's unlikely to discourage future attackers.

While armed drones were once solely accessible to powerful militaries, they're on track to be available to pretty much everyone. If we don't want the next attempted drone assassination to be successful, we've gotta invest in countermeasures sooner rather than later.

More on drone warfare: As Drones Become Tools of War, Companies Turn to Hacking Them