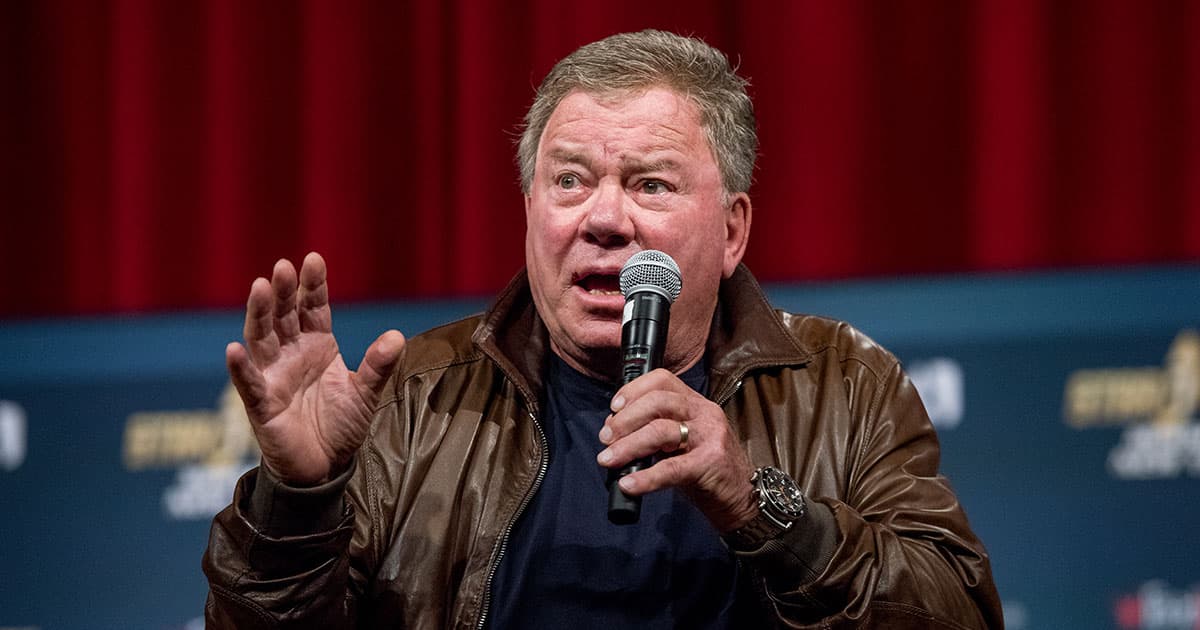 In a new segment for "The Daily Show," the Star Trek superstar and early non-fungible token (NFT) adopter had some choice words for the Tesla and SpaceX CEO.

"He's part Thomas Edison, part Iron Man, part annoying dude in the group chat, and he's anything but your standard CEO," Shatner said, at one point calling Musk a "supervillain."

"Yes, he's the Technoking — as a joke," the 91-year-old actor continues after showing a clip of Musk saying he legally changed his title to the made-up moniker. "And soon, we'll all be his serfs, but in a funny way."

The "Daily Show" appearance is clearly at least somewhat jokey — at one point, Shatner pokes fun at host Trevor Noah when saying that Musk is "unlike other South African celebrities" in that "he didn’t make his childhood into a whole thing" — but it's curious that this specific Canadian celebrity has chosen to deride his countryman, given his past comments about Musk and his own ventures into spaceflight.

Last fall, as you may recall, Shatner became an IRL rocket man when he took a brief flight on one of Jeff Bezos' Blue Origin rockets. Earlier in 2021, however, the "TJ Hooker" star actually complimented the SpaceX CEO in a wide-ranging Daily Beast interview.

"Well, he’s a brave soul and he’s obviously a genius, and he’s admirable in the way some of those old titans were who founded the railroads and all those things," the famed nonagenarian told the Beast's Marlow Stern. "I think that his idea of going to Mars in lieu of making the world green again is silly. Rather, he should, in my opinion, be devoting all those extraneous abilities to cleaning up the world."

Maybe it was getting besos from Bezos in the interim that soured Shatner on Musk, but there's a lot of daylight between saying the Tesla billionaire is "obviously a genius" to calling him a "supervillain."

But then again, this is show business, after all.