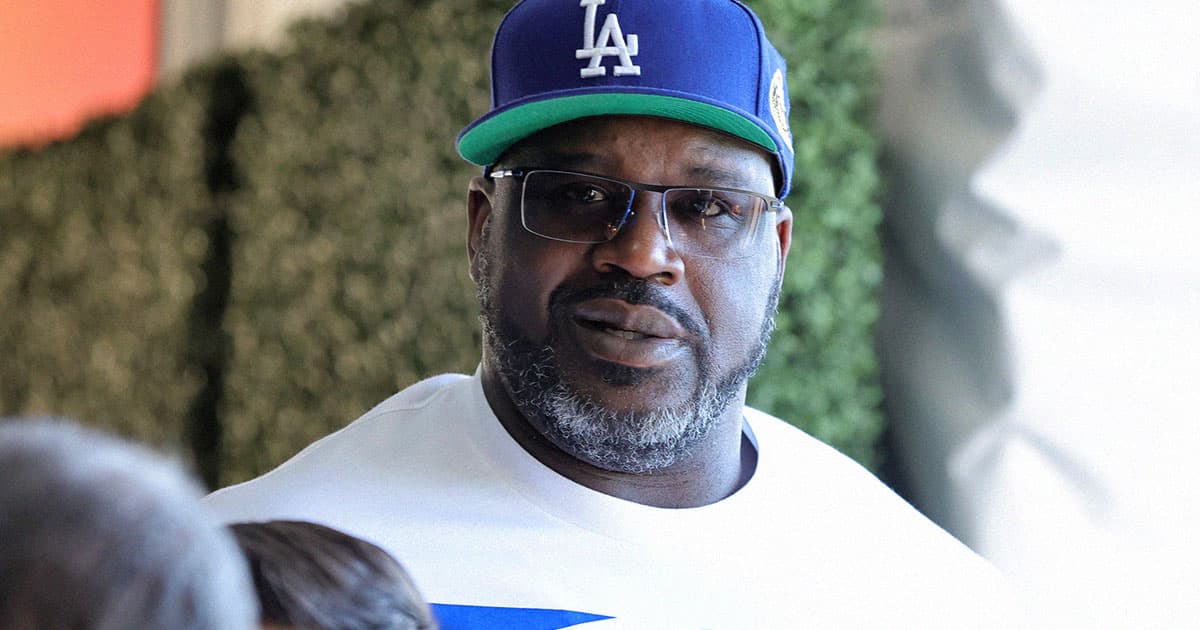 Shaq Says It's Not His Fault He Accidentally Shilled for FTX

NBA legend Shaquille O'Neal is in damage control mode as attention focuses to a TV ad in which he strongly endorsed the crypto exchange FTX, which collapsed last month along with billions in customers' money.

O'Neal was called out in a recent class-action lawsuit against the company, after being featured in a commercial that aired back in June.

The lawsuit also named several other big-name celebrities, including Stephen Curry, fashion model Gisele Bundchen and her ex-husband the NFL star Tom Brady, accusing them of participating in a plot to "aggressively market" the company.

Now, celebs are desperately trying to clear their names.

O'Neal maintains he only agreed to do the ad after his friend Curry told him to.

"A lot of people think I’m involved, but I was just a paid spokesperson for a commercial," the 7-foot-1 former pro told CNBC.

Even more confusingly, O'Neal told CNBC in September 2021 that he doesn't "understand [crypto], so I will probably stay away." His FTX commercial ran in June of this year.

"From my experience, it is too good to be true," he said at the time, telling the media that he had already declined other offers from various crypto companies.

It's no wonder the celebrities named in the lawsuit are trying to distance themselves from FTX. The exchange collapsed in spectacular fashion last month, wiping out a $32 billion valuation in a matter of days.

Its former CEO Sam Bankman-Fried was arrested earlier this week by Bahamian authorities and is facing some serious criminal charges.

O'Neal's claims bring up an interesting question: are celebrities really guilty of shilling what later turned out to be a massive scam?

Legally, they may well be able to weasel out of culpability. But ethically, encouraging poorly informed and less wealthy retail investors to take on financial risk is profoundly dubious.

READ MORE: Shaq distances himself from crypto and FTX collapse: ‘I was just a paid spokesperson’ [CNBC]

More on the saga: Behind the Lawsuit Against Celebs Who Shilled FTX Before Its Spectacular Meltdown