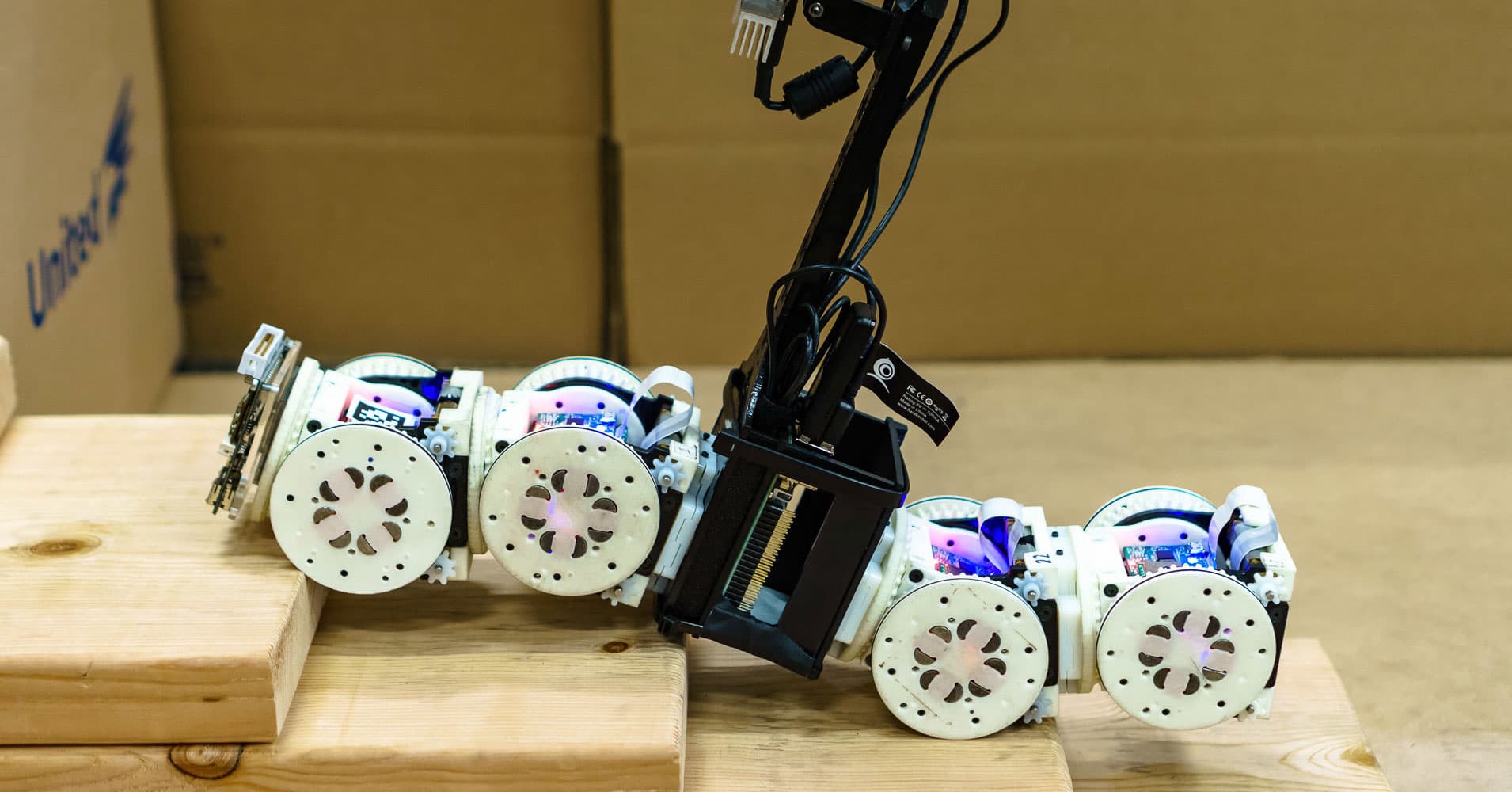 Watch This Remarkable Robot Transform Itself to Tackle Various Tasks

It reshapes itself as needed.

It reshapes itself as needed.

Robots have never been more advanced than they are today, but they aren't terribly adaptable — most are capable of completing just one or two specific tasks.

In an effort to create a more capable robot, researchers from Cornell University designed one that's essentially many smaller robots stuck together. This modular formation means the robot can transform into whatever shape best suits the task at hand.

What makes this shape-shifting robot remarkable is that it doesn't need anyone telling it when to change shape — it figures that out on its own using a system of cameras, sensors, and AI software.

The Cornell team describes the shape-shifting robot in a paper published Wednesday in the journal Science Robotics, but to get a real feel for its capabilities, we suggest checking out the video above.

Watch it and you'll see the robot navigate a makeshift office environment that looks like a box fort you might have built as a child. The robot navigates around what seems like whatever crap the Cornell researchers had lying around the lab — a water filter, a stool — to retrieve objects and place them in a designated drop-off zone.

If the bot decides its current shape isn't ideal for completing a task, it switches it up — various parts detach and reattach themselves to the robot's main body. This allows it to navigate narrow spaces or even inchworm itself up a set of stairs.

Let's just hope the researchers building the next generations of these transforming robots model them after the Autobots and not the Decepticons.

READ MORE: Shape-Shifting Modular Robot Is More Than the Sum of Its Parts [Cornell University]