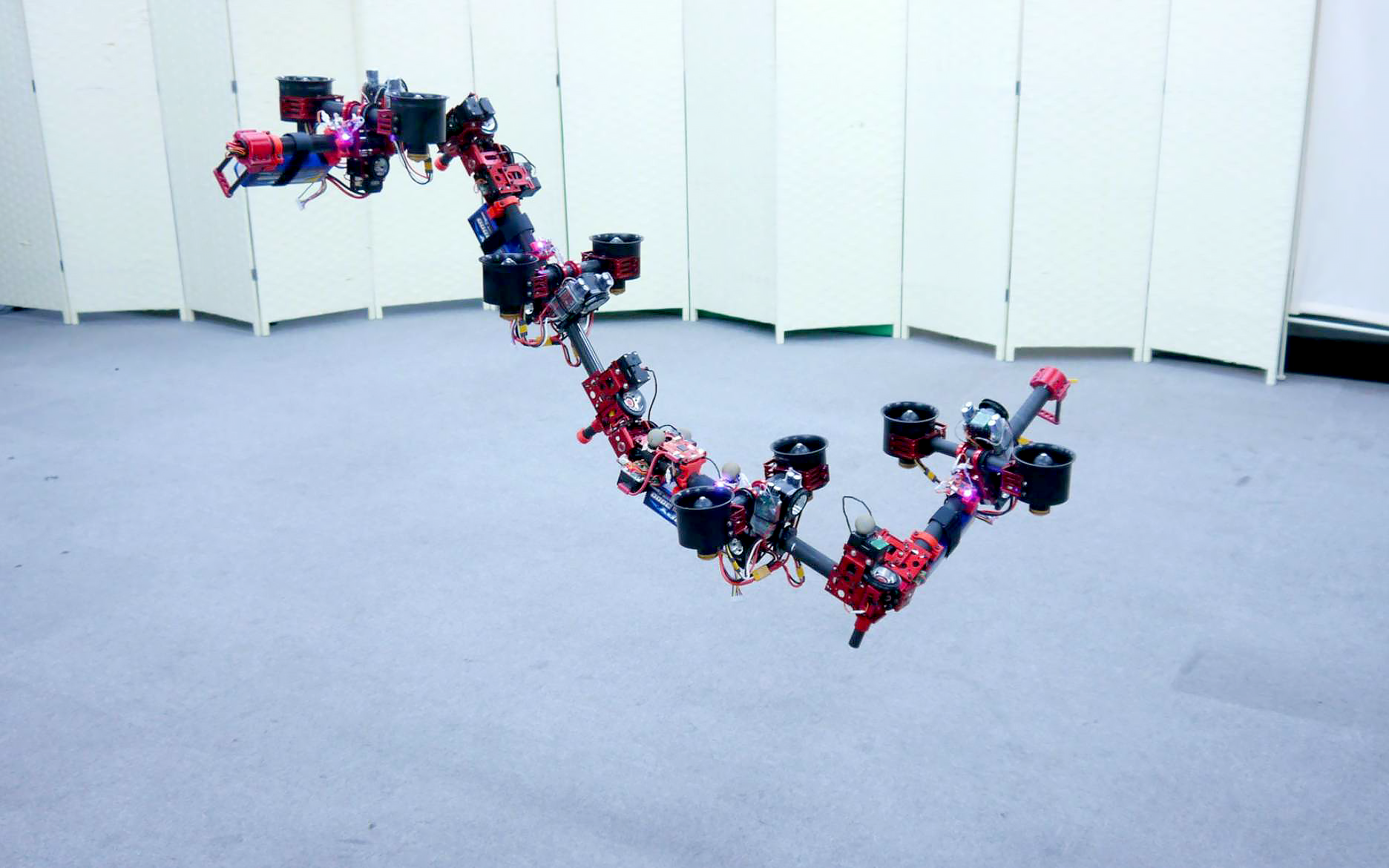 The Digest: This Floating Robot DRAGON Can Change Shape Mid-Flight

It's powerful, agile, and could eventually save lives.

It's powerful, agile, and could eventually save lives.

ONE CLUNKY ACRONYM. Roboticists from the University of Tokyo's JSK Lab have created a flying robot they call DRAGON, an acronym for Dual-rotor embedded multilink Robot with the Ability of multi-deGree-of-freedom aerial transformatiON. A recent report by IEEE Spectrum includes a video highlighting the bot's ability to change its shape mid-flight in order to navigate through tight spaces.

DRAGON comprises four modules, each boasting a pair of maneuverable fan thrusters. Battery-powered hinged joints link these modules. An Intel Euclid serves as both the eyes and the brain of DRAGON, letting the flying robot "see" the world around it and autonomously decide what shape it needs to assume to fit through a given area.

ONE IMPRESSIVE ROBOT. Indoor drone navigation comes with a variety of unique challenges, not least of which is the issue of having to fit through tight spaces. As noted in the IEEE Spectrum report, this has left developers with two options: make their drones smaller (in which case, they aren't powerful enough to really do much of anything) or put them in protective cages (which also limits their abilities).

While DRAGON can only remain airborne for about three minutes at present, it's both agile and fairly powerful. The JSK developers have big plans for its next stage of development, too. They want to increase the number of modules to 12 and add grippers on each end of the system, giving it the ability to pick up and move objects.

MAN'S NEW BEST FRIEND. It's not hard to imagine using an advanced version of DRAGON to navigate dangerous indoor environments during rescue missions. It could search for survivors in collapsed buildings, removing rubble if necessary to free them. Ultimately, unlike its fictional counterparts, this DRAGON could save human lives.