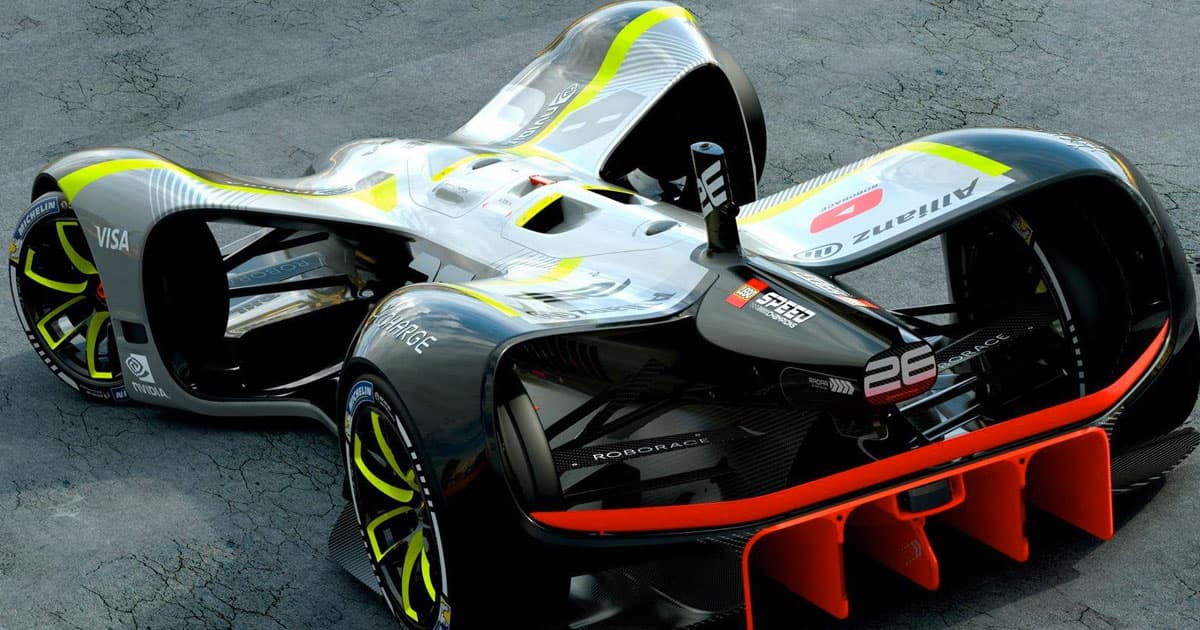 Self-Driving Racecars Are Edging Up Toward Human Records

An autonomous car called DevBot is 12 seconds behind a human driver's record.

An autonomous car called DevBot is 12 seconds behind a human driver's record.

A self-driving racecar league called the Roborace motorsport competition is in its first competitive season, and teams are already hot on the trail of human-set records.

In a race last month, one team programmed the electric, self-driving car to handle an obstacle course so well that it finished just 12 seconds behind the current record for any driver, biological or robotic, according to BBC News. The competition — which challenges participants to write software for identical electric racecars — is a bold, high-speed way to push experimental autonomous vehicle technology to its limits.

The DevBot 2.0, which is the car the participating teams program, can reach speeds faster than 200 mph, the BBC reports, and comes equipped with six cameras, two radars, five LIDAR detectors, and 18 ultrasound sensors.

Not all those technologies are universal — Tesla wants to build self-driving cars that only use video cameras and radar — but including all of them gives competing teams more freedom to pursue different strategies.

Self-driving cars struggle to navigate streets at the speed limit, so operating a finely-tuned and responsive system at racing speeds adds an extra layer of challenge.

Yet one Roborace team managed to complete an infamously winding and hilly track called the Goodwood Hill Climb in 66.96 seconds. That's just 12 seconds behind the current record for human drivers, and Roborace officials think participants can do even better.

"Six seconds, we think, is easily gained," Roborace chief strategy officer Bryn Balcombe told the BBC, "and then you're starting to get into the unknowns."

More on self-driving cars: We Took a Ride on NYC’s First Self-Driving Shuttle