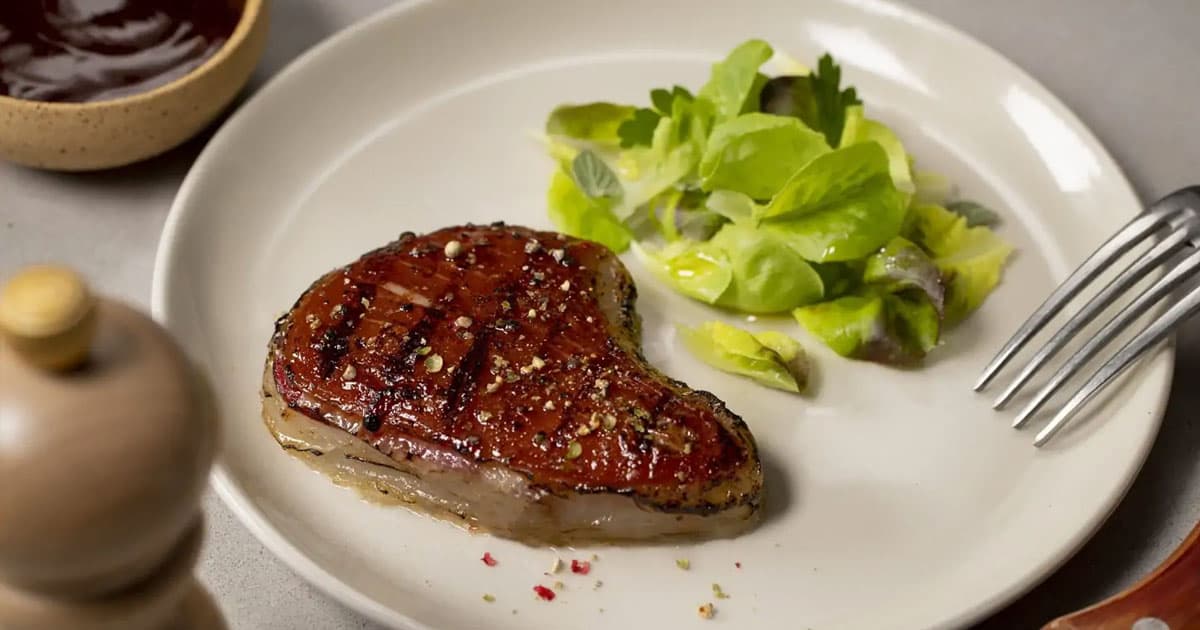 The company claims it's the "largest cultured steak produced to date," meaning it would serve as an "important milestone toward the goal of scaled production of cultivated bio-printed steak."

Its looks may leave something to be desired — and we have yet to find any real-world reviews to know what it actually tastes like. Besides, 100 grams of steak still isn't going to be the most satiating of meals.

But the technology, while is still in its infancy, could open many doors, dramatically reducing our reliance on raising and slaughtering animals, and our food's carbon footprint as well.

MeaTech 3D is hoping to launch a pilot of its steak and other products that use cultured animal fat next year, according to The Guardian.

Whether the company will be able to sufficiently scale up its operations to offer its lab steaks at reasonable prices is still unclear — an uncertainty that plagues the entire nascent industry.

But MeaTech 3D isn't the only company working on industrializing the process. The company is part of a much larger trend of businesses, many in Israel, betting heavily on a lab-grown meat future.

It's an especially exciting prospect considering the possibilities: printing layers of fat and muscle could allow us to one day grow custom steaks, something not even the real thing can reliably or affordably deliver.

And as companies make moves to roll out their cultured meats to a broader audience, the real test is still to come: if consumers are even willing to try it. Whether it will play out like the massively successful shift to plant-based meat alternatives, in other words, is anything but certain.

Lab Patties
Scientists Cook Comically Tiny Lab-Grown Hamburger
8. 19. 22
Read More
Companies Are Betting on Lab-Grown Meat, but None Know How to Get You to Eat It
3. 16. 18
Read More
Researchers Unveiled The First Chicken Meat Grown Without Chickens
3. 17. 17
Read More
+Social+Newsletter
TopicsAbout UsContact Us
Copyright ©, Camden Media Inc All Rights Reserved. See our User Agreement, Privacy Policy and Data Use Policy. The material on this site may not be reproduced, distributed, transmitted, cached or otherwise used, except with prior written permission of Futurism. Articles may contain affiliate links which enable us to share in the revenue of any purchases made.
Fonts by Typekit and Monotype.