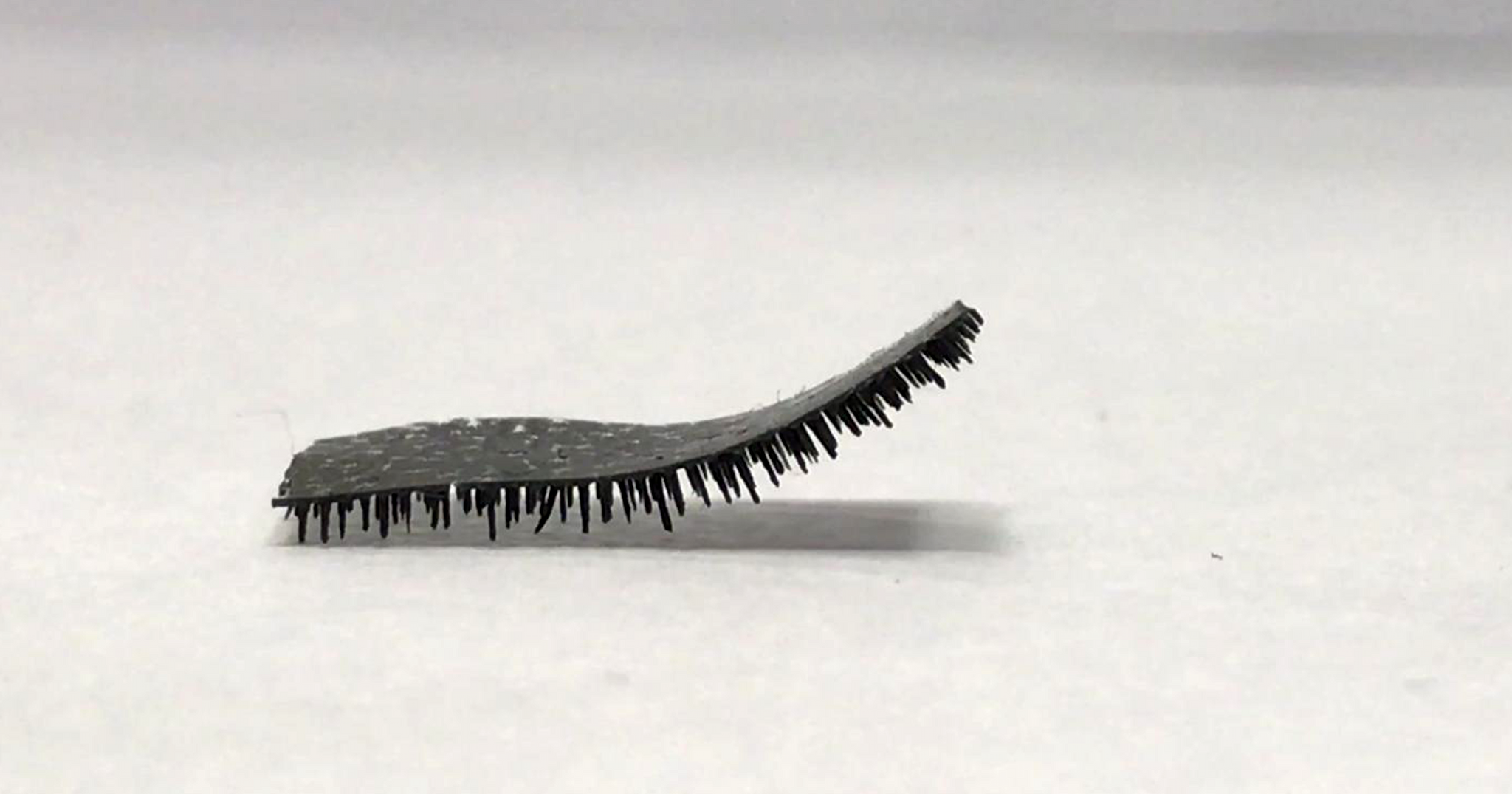 Scientists Want to Put a Horrifying Caterpillar Robot Inside Your Body

Scientists at the City University of Hong Kong have created a new robot. Upside: it could help deliver drugs inside the body, keeping patients healthier. Downside: it looks like a terrifying bug you wouldn't want anywhere near your insides.

The bot looks a cross between a caterpillar and a strip of Velcro, with ominously hairlike legs. Those legs, according to co-creator Wang Zuankai, are so that it can better navigate the various textures of your internal anatomy.

"The rugged surface and changing texture of different tissues inside the human body make transportation challenging," he said in a press release. "Our multi-legged robot shows an impressive performance in various terrains" (yes he just called the tissues in your body "terrains," it's fine).

It's not clear how the robot will get inside you — probably by swallowing it, right? that seems like the best of a number of not great options — but once it's there, the idea is that it'll crawl through your "body fluids such as blood or mucus," according to the press release.

Then, once it reaches its destination — the release suggested a designated spot in your digestive system, for instance — it'll release medicine.

In all seriousness, though, the bot, which is described in a new paper published in Nature Communications, looks like a marvelous piece of engineering. It can climb over obstacles much taller than itself and carry a payload up to 100 times its weight, according to the release. And automated gadgets that deposit drugs and collect data from inside your body are a growing area of research; some have already won approval from the FDA.

No matter how great it is, that thing is not welcome to climb around my insides.

More on tiny robots: Meet The World’s Smallest Robot, It’s the Size of Fly and Capable of Flight

Gastrable Gang
The FDA Is Trying to Figure out How to Regulate Smart Pills
2. 11. 19
Read More
Talking Tech
Bluetooth Smart Pill Pairs With Your Phone From Inside Your Stomach
12. 13. 18
Read More
Dr. Roboto
Experts: Stem Cells and Robots Will Replace Many Invasive Surgeries
12. 7. 18
Read More
+Social+Newsletter
TopicsAbout UsContact Us
Copyright ©, Camden Media Inc All Rights Reserved. See our User Agreement, Privacy Policy and Data Use Policy. The material on this site may not be reproduced, distributed, transmitted, cached or otherwise used, except with prior written permission of Futurism. Fonts by Typekit and Monotype.