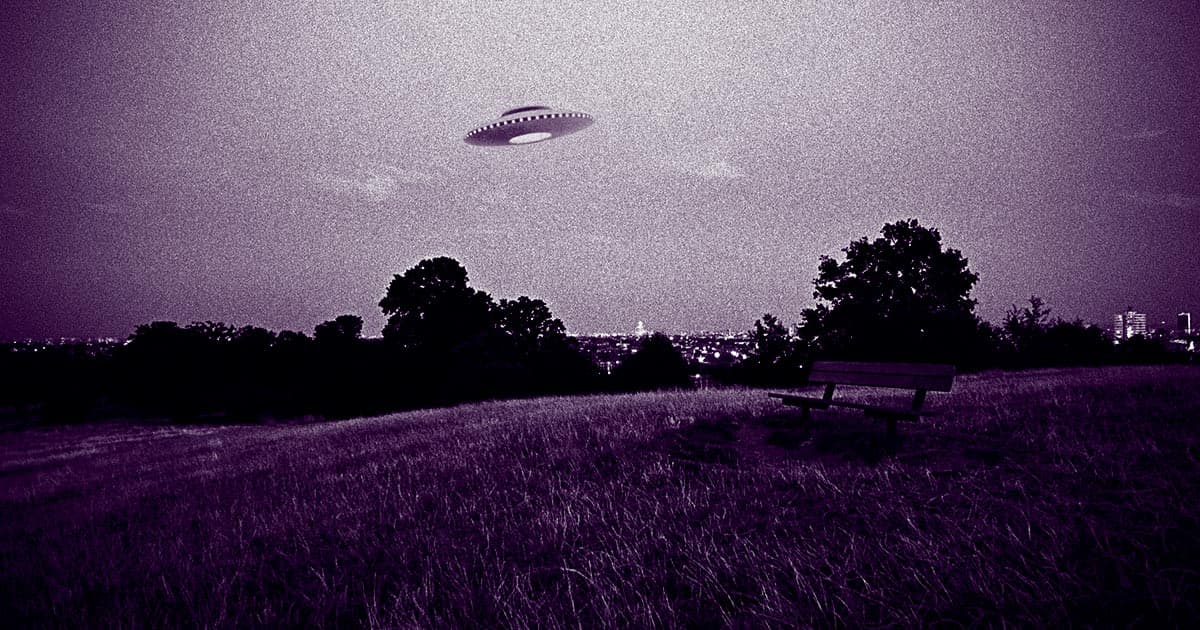 There shouldn't have been anything in the sky — because humankind hadn't launched a single spacecraft yet.

There shouldn't have been anything in the sky — because humankind hadn't launched a single spacecraft yet.

Researchers are puzzled by unexplained lights that show up in photographic plates of the night sky that date back over 70 years, as spotted by Salon.

Images taken by the Palomar Observatory Sky Survey in California on April 12, 1950, show nine mysterious dots of light in a row seemingly popping in and out of view.

It's an intriguing new piece of the sprawling puzzle about unexplained reports of "unidentified aerial phenomena," a topic scientists and lawmakers are taking increasingly seriously — but which, to be clear, is almost certainly not alien visitors, as cool as that would be.

In a new paper published in the journal Acta Astronautica this month, researchers points out that humanity hadn't sent anything into orbit at the time, meaning that the nine "non-terrestrial artefacts" couldn't have been space debris or satellites.

In a previous paper published by the same team last year, the researchers concluded that the lights couldn't have come from the photographic plates becoming contaminated, making the lights all the more scientifically significant.

Even if aliens turn out not to be behind the mysterious phenomenon, Villaroel and her team argued in a third yet-to-be-published paper that the odd artefacts "merit serious further attention, regardless of their origin."

Did an extraterrestrial civilization visit us all the way back in the early 1950s? While it's certainly not the most probable theory out there, it's definitely a fun thought.

Loose Signal
Potential Alien Signal Coming From Direction of Earthlike Planet, Scientists Say
Jun 15
Read More
Space Invaders
Study: There May Be as Many as Four Evil Civilizations in Our Galaxy
Jun 1
Read More
Gatekeeping
There's a "Secret Society" in the Pentagon Hiding UFO Secrets, Officials Say
May 16
Read More
+Social+Newsletter
TopicsAbout UsContact Us
Copyright ©, Camden Media Inc All Rights Reserved. See our User Agreement, Privacy Policy and Data Use Policy. The material on this site may not be reproduced, distributed, transmitted, cached or otherwise used, except with prior written permission of Futurism. Fonts by Typekit and Monotype.