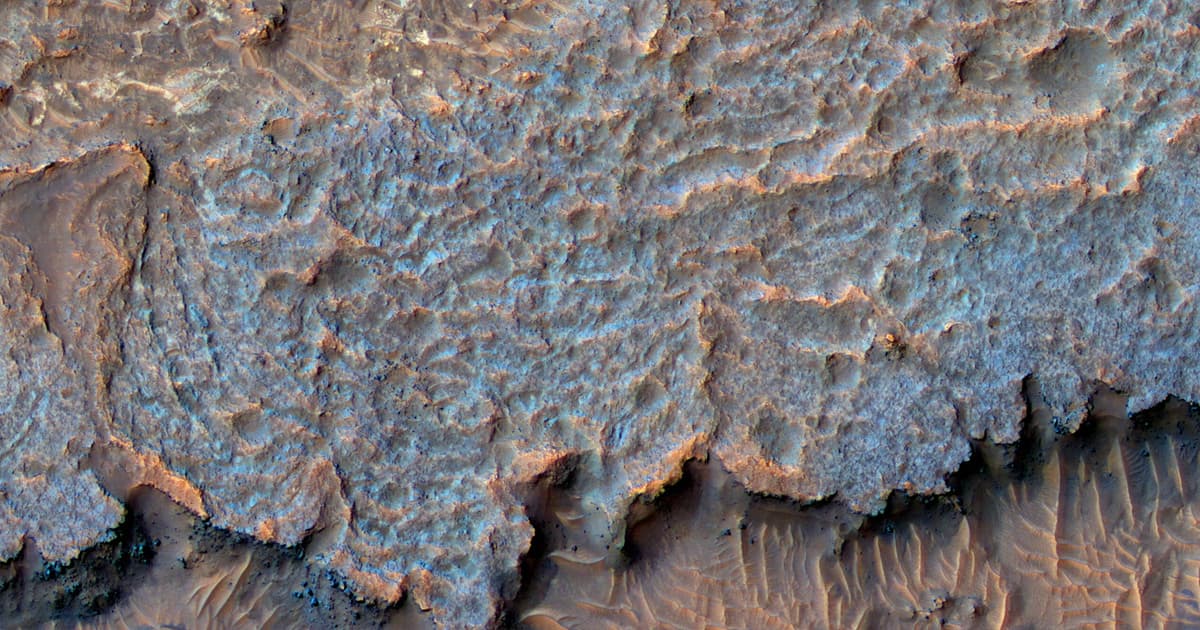 "Of course, this story is almost certainly incomplete if not totally wrong."

"Of course, this story is almost certainly incomplete if not totally wrong."

NASA's Mars Reconnaissance Orbiter (MRO) spacecraft snapped a picture of an unusual geological formation on the Red Planet that has scientists confused.

The MRO's HiRise camera revealed a series of unusual, rocky ridges near Mars' Aureum Chaos region, CNET reports. And while the image itself is from 2011, the University of Arizona HiRise team recently shared it as an image of the day alongside the admission that they have absolutely no idea where the ridges came from — and a brand-new analysis speculating that it might have been the result of ancient erosion.

The geological features of Mars have grown increasingly important to astronomers lately as they probe the planet for signs of past and present water. To wit, the Arizona team suggested that these bizarre ridges were formed by a mix of flowing water and volcanic activity.

"This was followed by perhaps billions of years of erosion by the wind, leaving the cemented fractures as high-standing ridges," the team wrote in the "image of the day" post.

Of course, no one actually knows what formed these ridges, at least not yet. Until future missions to Mars get a better grasp on the Red Planet's environment and its history, these ridges will likely remain an unsolved mystery.

"Of course," the Arizona team wrote about their guess, "this story is almost certainly incomplete if not totally wrong."