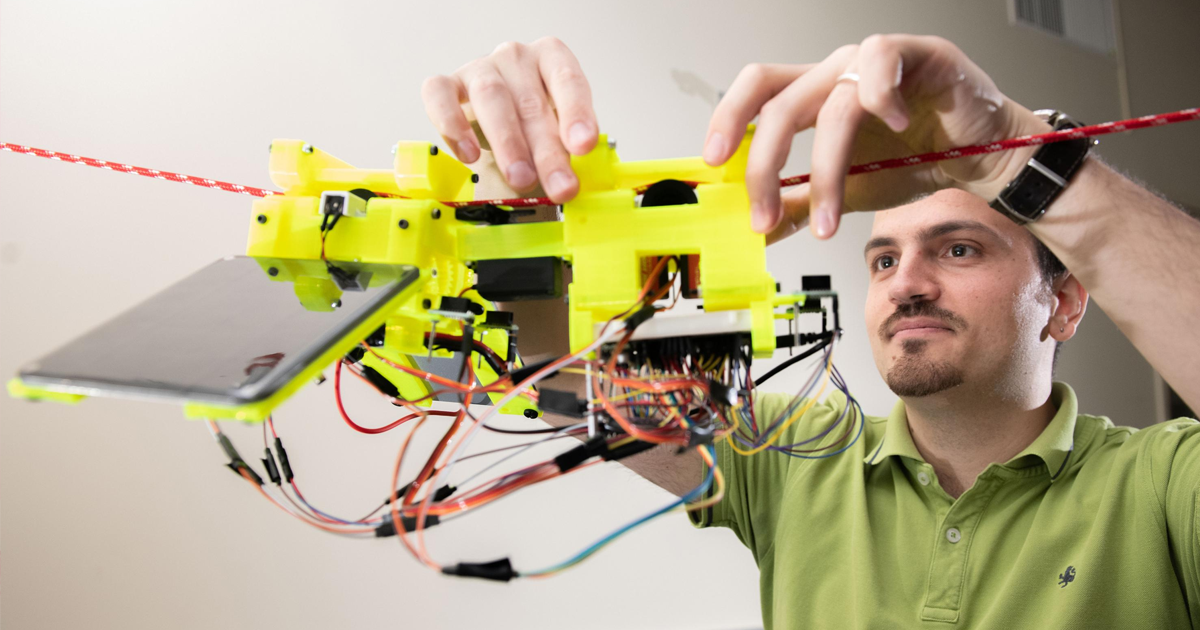 Scientists Built a Robot Sloth to Study Other Sloths

Scientists are building a new robot programmed to sleep on the job.

SlothBot, a slow-moving robot that will chill in the canopy level of forests, is expected to monitor environmental changes — and living sloth populations — for months at a time. Imitating the lazy lifestyle of a real sloth, the robot will only move when it needs to, according to Futurity, marking a departure from the usual priorities of robotics research by swapping strength and agility for efficiency.

Georgia Institute of Technology roboticists presented the proof-of-concept robotic design at a robotics conference earlier this year. The slow machine is built to hang and slowly crawl along a network of wires, not unlike how real sloths cling to tree branches. The machine would generally save its energy, moving only when it has to. For instance, it may migrate to a sunny patch to recharge its batteries.

“In robotics, it seems we are always pushing for faster, more agile, and more extreme robots,” project leader Magnus Egerstedt told Futurity. “But there are many applications where there is no need to be fast. You just have to be out there persistently over long periods of time, observing what’s going on.”

SlothBot’s first test will likely occur in a cacao plantation in Costa Rica, where Egerstedt says sloths already use a network of cables used to transport crops as a “sloth superhighway.”

At the plantation, the SlothBot will live among its flesh-and-blood cousins, keeping track of long-term changes to the environment.

Cop Bots
India Just Swore in Its First Robot Police Officer
2. 20. 19
Read More
Claw Game
Japan Sends Robot Into the Nuclear Hell of the Fukushima Reactor
2. 20. 19
Read More
The ‘Hexbot’ Transforms Your Desk Into a 3D Printer and High-Tech Assembly Line
2. 5. 19
Read More
+Social+Newsletter
TopicsAbout UsContact Us
Copyright ©, Camden Media Inc All Rights Reserved. See our User Agreement, Privacy Policy and Data Use Policy. The material on this site may not be reproduced, distributed, transmitted, cached or otherwise used, except with prior written permission of Futurism. Fonts by Typekit and Monotype.