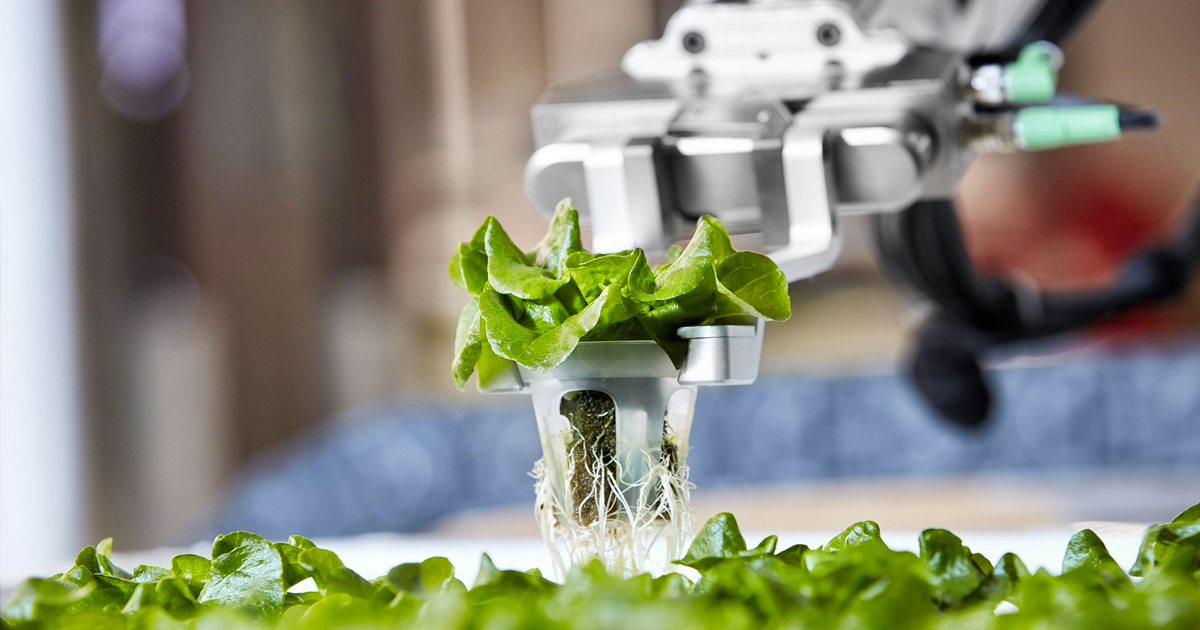 Your next salad could include greens cultivated by a robot named Angus.

Your next salad could include greens cultivated by a robot named Angus.

In October, startup Iron Ox opened its first farm, where robots would tackle many of the tasks traditionally undertaken by humans.

Now, the company's leafy greens are available for purchase, meaning the next salad you eat could contain lettuce cultivated by a robot named Angus — a futuristic example of how tech is transforming agriculture.

Iron Ox is now selling three types of greens — Genovese basil, red-veined sorrel, and baby head lettuce — at Bianchini’s Market in San Carlos, Calif., according to a story published in the San Francisco Chronicle on Friday.

The company supplies the family-owned grocery store with five to 10 cases from its robot farm each week, and the produce consistently sells out.

"At the end of the day, we have technology, robotics and (artificial intelligence) helping grow the produce," Iron Ox CEO Brandon Alexander told The Chronicle, "but what’s really resonating is the product itself. It’s the fragrance of the basil, the color profile, the freshness."

Part of that freshness can be attributed to the mere .6 miles between Iron Ox's robot farm and the store.

Thanks to its technology, Iron Ox's farm requires much less space than a traditional farm, a key selling point that the company hopes will allow it to one day ensure everyone has access to fresh, affordable produce — and now that its greens are in one store, it's a step closer to achieving that vision.

More on Iron Ox: A Startup’s Bold Plan to Open Robot Farms Near US Cities