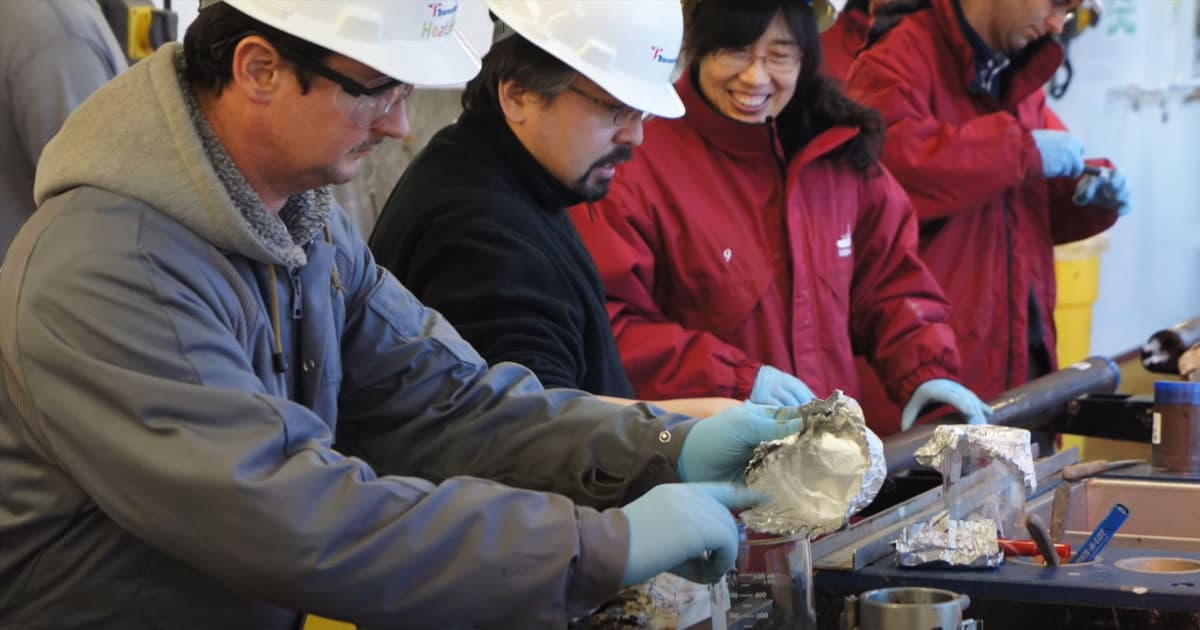 After scientists gave them a little snack, some 101.5-million-year-old bacteria sprang back to life after an extremely long nap.

Researchers from the Japan Agency for Marine-Earth Science and Technology dug up chunks of clay from 70 meters beneath the ocean floor. They injected it with sugar and ammonia and, to their surprise, Ars Technica reports that colonies of bacteria quickly chowed down on the meal. It's a bizarre discovery, and one that suggests that organisms can survive more inhospitable environments than scientists thought.

Most shocking — even more shocking than ancient bacteria surviving this long — is that the bacteria found in the clay were mostly aerobic.

According to the study, which was published Tuesday in the journal Nature Communications, the bacteria needed oxygen to live. Without it, bacterial growth quickly stopped. But there's almost no oxygen to be found at the seafloor, especially under 70 meters of clay.

It's technically possible that younger, more modern bacteria could have seeped down into the clay, Ars Technica reports, but the scientists think it was too densely packed to allow that.

"What we found was that life extends all the way from the seafloor to the underlying rocky basement," University of Rhode Island oceanographer and study co-author Steven D'Hondt said in an accompanying video. "And what [lead author Yuki Morono's] paper now shows is that those organisms are not only alive in the deepest form of sediment, but they're capable of growing and dividing."

Brands We Love
Microbes Are Making Merry on Your Mattress. But These Bed Sheets Can Put a Stop to It.
1. 29. 21
Read More
Brands We Love
There's a Biohazard in Your Bedroom. But These Bacteria-Resistant Bed Sheets Can Help.
4. 7. 20
Read More
Say Aaaaaahhh
Nasty Images Show How Bacteria Colonize Your Tongue
3. 30. 20
Read More
+Social+Newsletter
TopicsAbout UsContact Us
Copyright ©, Camden Media Inc All Rights Reserved. See our User Agreement, Privacy Policy and Data Use Policy. The material on this site may not be reproduced, distributed, transmitted, cached or otherwise used, except with prior written permission of Futurism. Fonts by Typekit and Monotype.