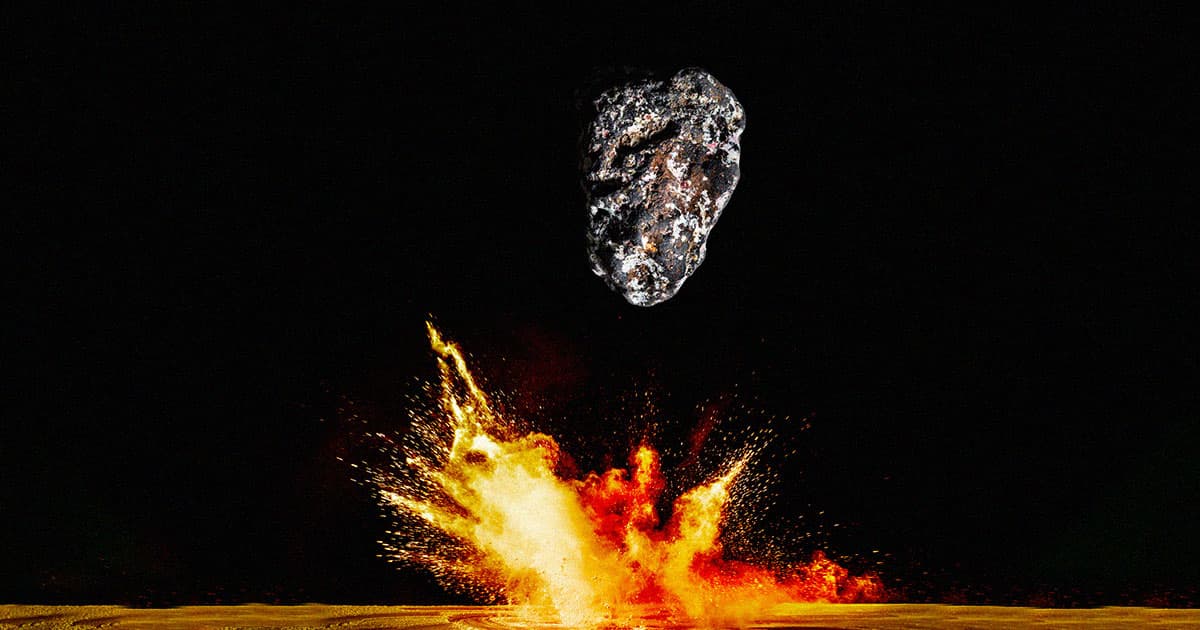 In an unprecedented experiment, two teams of scientists on either sides of the Atlantic have replicated a material that was previously not produced anywhere on Earth.

As NPR reports, the replication of this powerful compound could have huge implications not just for the manufacturing of high-end machinery, but also for international relations to boot.

Called tetrataenite, the primarily iron-and-nickel compound is normally able to cool for millions of years as it tumbles around in asteroids. As a press release out of the University of Cambridge notes, the researchers who worked in tandem with Boston's Northeastern University found that if they add phosphorous to the mix, they were able to make synthetic tetrataenite.

Scientists made a material that doesn't exist on Earth: The compound is called tetrataenite. If synthetic tetrataenite works in industrial applications, it could make green energy technologies significantly cheaper. via @nprscience @planetmoney https://t.co/LclRNO5d6w pic.twitter.com/4yd2s4U8oj

Beyond it being really awesome that scientists have synthesized a mineral from space, the discovery of synthetic tetrataenite is also huge because it could be used as an alternative to rare earth minerals, those valuable and difficult-to-extract materials used in the production of the heavy-duty "permanent magnets" that power tech ranging from electric vehicles to NASA experiments.

Over the past few decades, China has dominated the rare earths market because a lot of these minerals are found on the outskirts of its mainland, and it has inexpensive manufacturing and worker capabilities to undertake the laborious process of extracting them from other compounds.

With the new synthesis of terataenite, however, a future beyond a China-dominated rare earths market could unfold because, as an expert who spoke to NPR noted, it can be used as a replacement for most of the components of permanent magnets.

Northeastern's Laura Lewis cautioned against premature optimism, saying that ample testing needs to be done to make sure the synthetic is as hearty as the one found in meteorites — and even then, it'll still be at least five years, and probably more like eight, before it's "pedal to the metal" on manufacturing with it.

That said, however, it does provide an exciting look at the ways space materials can help us here on Earth — and hopefully bring about some positive international developments, too.

More on space: China Approves Three Moon Missions After Discovering Mineral That Could Be Energy Source