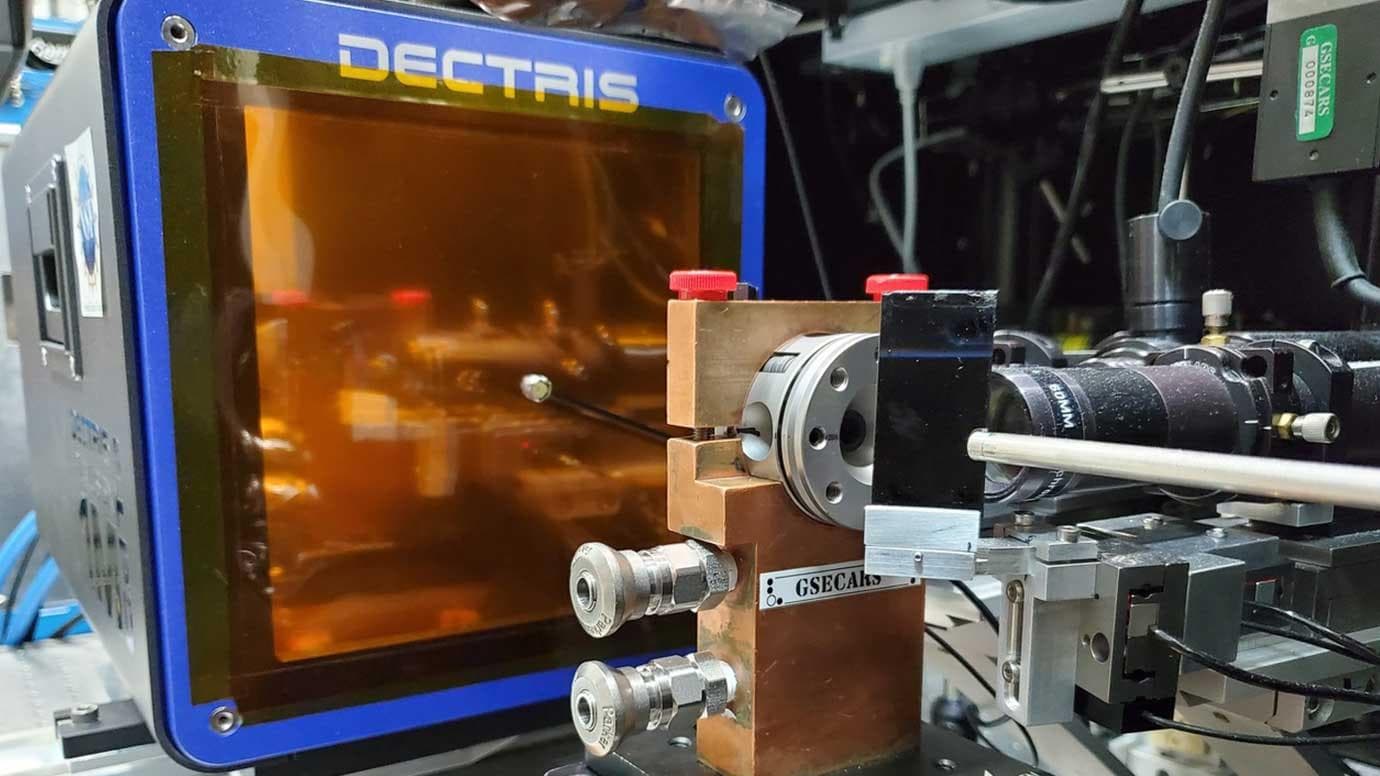 "It was a surprise."

"It was a surprise."

Scientists at the University of Chicago say that they've successfully created a "strange" new state of matter in the laboratory called "superionic ice" — and that the stuff might already exist inside planets in our solar system.

"It was a surprise — everyone thought this phase wouldn’t appear until you are at much higher pressures than where we first find it,” co-author and University of Chicago researcher Vitali Prakapenka said in a press blurb. "But we were able to very accurately map the properties of this new ice, which constitutes a new phase of matter, thanks to several powerful tools."

Prakapenka's team used a particle acclerator to fire electons between two pieces of diamond, creating unfathomable pressures of 20 gigapascals in a sample of water and causing it to form an entirely new structure that reverted when they relieved the pressure.

"Imagine a cube, a lattice with oxygen atoms at the corners connected by hydrogen," Prakapenka said in the blurb. "When it transforms into this new superionic phase, the lattice expands, allowing the hydrogen atoms to migrate around while the oxygen atoms remain steady in their positions. It’s kind of like a solid oxygen lattice sitting in an ocean of floating hydrogen atoms."

Now that they've got a paper about the experiment published in the journal Nature, Prakapenka said, the team plans to study the new state's properties, and what happens when it gets mixed with other materials. They also suspect that conditions inside Uranus and Neptune might give rise to the state naturally.

"This should stimulate a lot more studies," he quipped.

More on states of matter: A New State of Matter Is Discovered — and It’s Strange