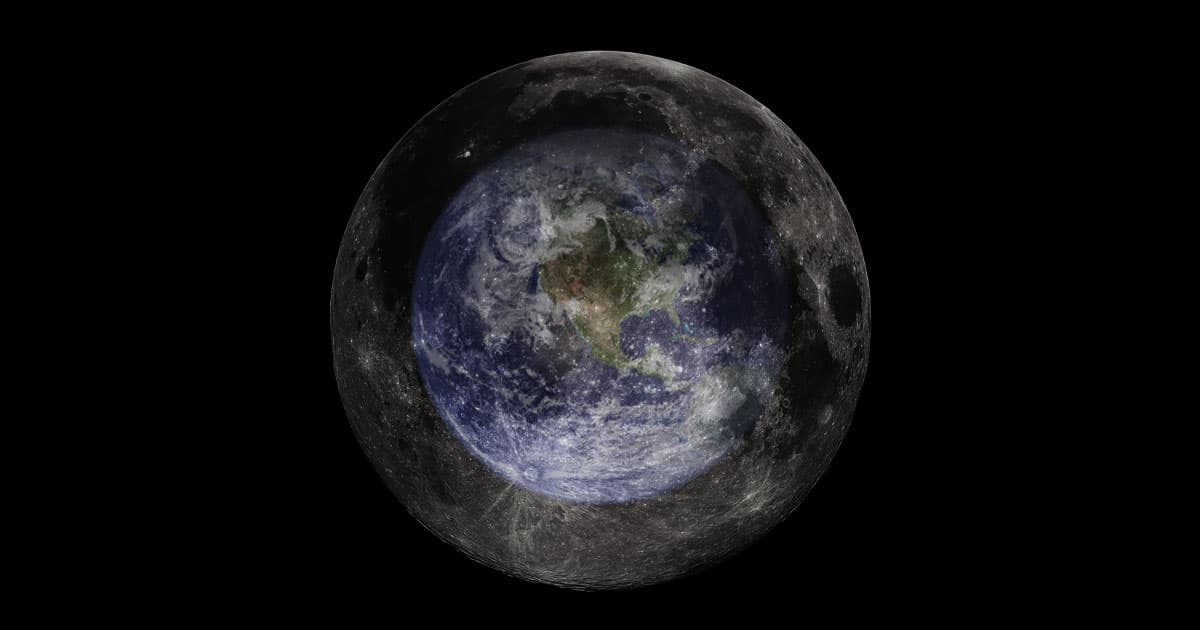 They're looking at a reflection of the Earth — to see what a habitable planet would look like from far away.

They're looking at a reflection of the Earth — to see what a habitable planet would look like from far away.

Astronomers have a new trick in the hunt for habitable exoplanets, and it involves using the Moon as a gigantic mirror.

Basically, NASA and ESA scientists used the Hubble Space Telescope to capture light that reflected off the Moon after it had traveled through the Earth's atmosphere, Space.com reports. By studying that reflection of our habitable atmosphere, the scientists suspect they could search for the same chemical signatures in distant exoplanets, indicating the possibility of alien life.

Typically, when scientists use the term "Earth-like" exoplanet, they're referring to a world that's rocky, roughly the same size as our own, and about the right distance from its host star to have a livable temperature. But it's much harder to tell if these exoplanets actually have atmospheres or are otherwise remotely hospitable.

"One of NASA's major goals is to identify planets that could support life," Hubble scientist Allison Youngblood said in a press release. "But how would we know a habitable or an uninhabited planet if we saw one?"

That's why Youngblood's study, published Thursday in The Astronomical Journal, is so important.

This particular study measured the amount of ozone in the Earth's atmosphere. Spotting that same chemical signature emanating from an exoplanet would suggest that it may have an oxygen-rich and UV-blocking atmosphere just like ours.

READ MORE: Scientists use moon as a mirror to study Earth during lunar eclipse [Space.com]

More on exoplanets: Scientists Find the Most Earth-Like Exoplanet Ever — And It's Nearby