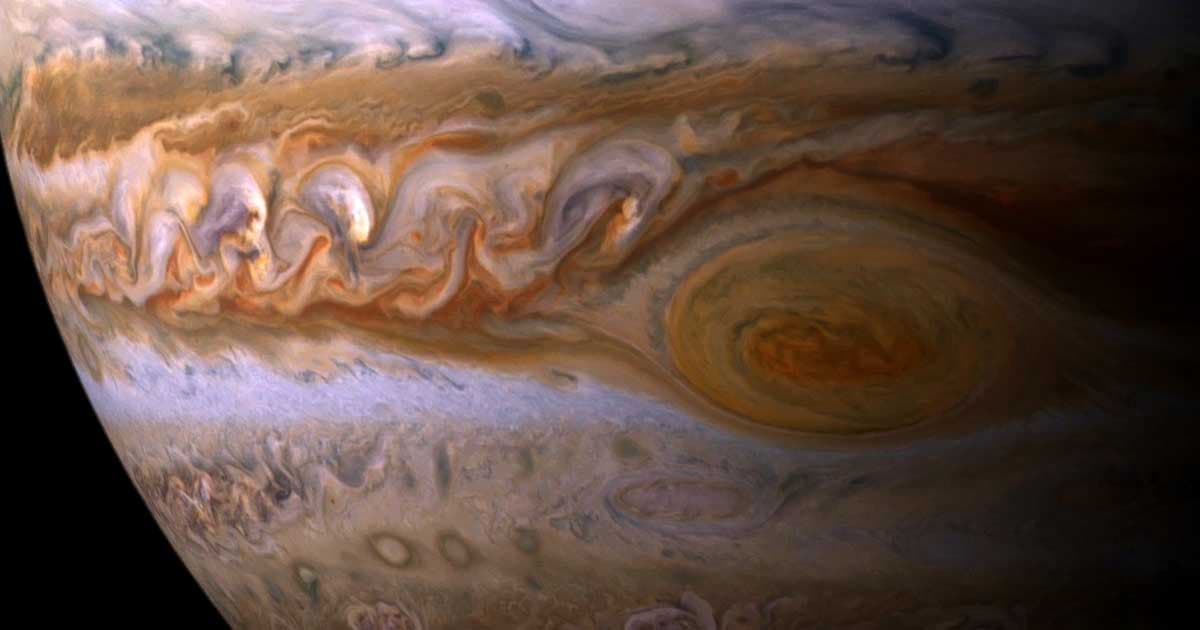 "I think... it will last for the indefinite future."

"I think... it will last for the indefinite future."

Jupiter's Great Red Spot — a massive storm on the fifth planet, wider than the diameter of the Earth — has been raging since at least 1830.

But in May, reports began circulating that it was starting to peter out. Some scientists even predicted it might disappear altogether within two decades.

Now, though, researchers are saying there's no evidence that the Great Red Spot is dying, let alone that its demise is imminent.

On Monday, Philip Marcus, a professor of fluid dynamics at the University of California, Berkeley, gave a presentation at the annual meeting of the American Physical Society's Division of Fluid Dynamics.

During it, he argued that the "flaking" some took as a sign that Jupiter's storm was weakening is actually just an expected natural phenomenon.

At the meeting, Marcus even told reporters during a news conference that he thinks the Great Red Spot has a long life ahead of it — though, superstitiously, he also said he's worried he might jinx it.

"I think that unless something somewhat cataclysmic happens on Jupiter, it will last for the indefinite future, until the jet streams change, so I would say likely centuries," Marcus said, according to Space.com. "Of course, I probably just gave it the kiss of death and it'll probably fall apart next week but that's the way science works."