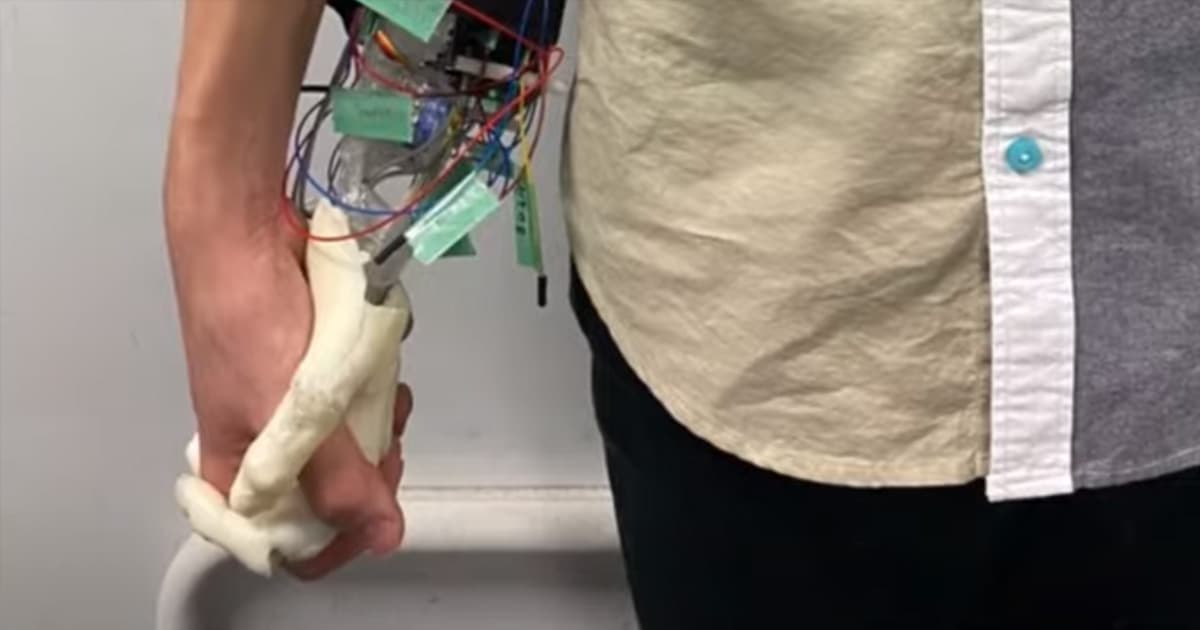 Scientists from Japan's Gifu University built a robot hand for men to clasp when they feel lonely.

The hand, dubbed "Osampo Kanojo," which the engineers roughly translate to "My Girlfriend in Walk" in their research, is meant to feel and even smell like a romantic partner from the forearm down, according to CNET. The idea, supposedly, is to provide some comfort and companionship to the world's lonely — especially in isolation during the COVID-19 pandemic.

The robot hand clasps to a user's forearm so they can let go without dropping it to the ground.

The Osampo Kanojo is designed to squeeze your hand back and even release liquid through pores in its flesh-like outer layer, an approximation of your partner-in-hand-holding getting sweaty palms, SoraNews 24 reports. On top of that, the research describes a small speaker to play the sounds of a partner's footsteps and the ability to vent out the smell of women's shampoo.

The bizarre robot is meant to provide companionship as well as to encourage more walk-taking for those who are working or taking classes from home. And if the current model doesn't float your boat, SoraNews 24 reports that a more masculine version could come soon.

The two robot hands would be fairly similar, except the male model would come with different scents: cologne, barbeque charcoal, and, in perhaps a too-on-the-nose twist, motor oil.