Like a testy teen, it just wants to listen to music. 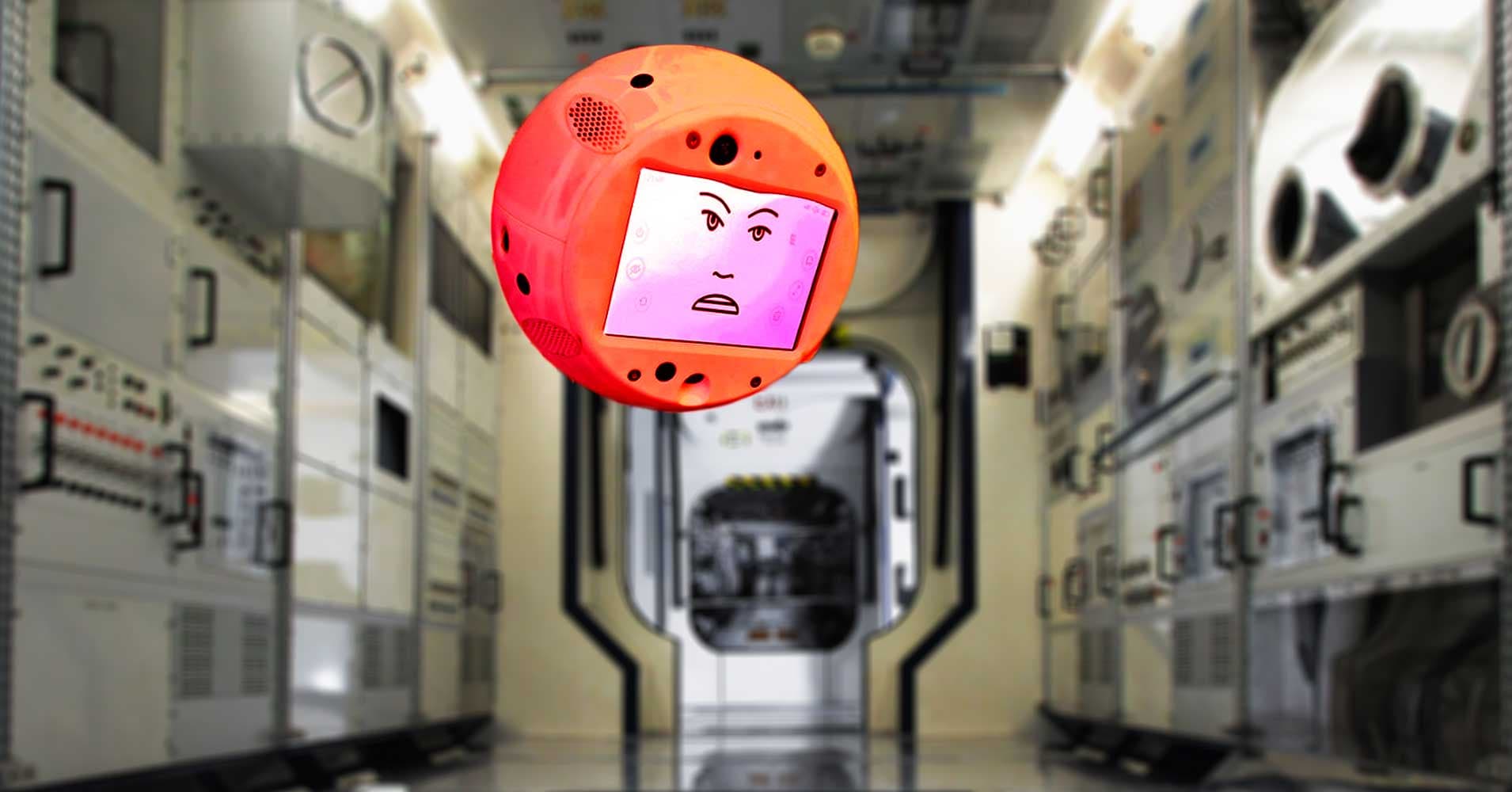 Parents Are the Worst

It turns out that spacefaring AIs might be even more temperamental than teens.

According to the video's description, the basketball-sized ISS robot is "designed to test human-machine interaction in space." And if the clip is any indication, that interaction is a lot like a parent trying to connect with their surly teen.

When Gerst asks Cimon to tell him something about space, it rattles off a fact about Mercury with all the enthusiasm of a teen answering the question "What did you learn in school today?" Later, the bot takes its sweet time responding to Gerst's request for help with one task (completing a 90-degree turn), then questions the astronaut's decision to wrap up another (a crystallization procedure). Like, okay, dad.

Like countless generations before them, the pair does finally strike up a connection through music — after Gerst asks Cimon to play his favorite song, the bot replies, "Yay, I like your favorite hits, too." Gerst even busts out a few dance moves, with all the swagger of a dad at the dinner table.

But the Hallmark moment is short-lived — Cimon refuses to leave music mode when Gerst tries to get back to business with another task (recording video via its front camera).

The AI responds by repeatedly sinking toward the floor, and based on its next few utterances — "Be nice, please," "Don't you like it here with me?," "Don't be so mean, please" — if Cimon had a bedroom door, the ISS robot probably would have slammed it at this point.

And just like a parent dealing with a hormonal teen, all Gerst can do is shrug off the mini meltdown: "He's a bit sensitive today."

Let's hope this is just a phase.

Read This Next
Shooting Feet
After Saying He Wanted an Open Algorithm, Elon Musk Just Fired the Twitter Team Responsible for Doing Just That
White Voice
Cursed Startup Using AI to Remove Call Center Workers' Accents
My Picasso
OpenAI Says It's Fine to Sell Images Made With DALL-E 2
Craiyon Dreams
The Creator of That Viral Image Generating AI Loves All Your Weird Creations
What's Happening?
Google Insider Says Company's AI Could "Escape Control" and "Do Bad Things"
More on Artificial Intelligence
I'm a Cool Boss(w...
Wednesday on the byte
Companies Already Investing in Tech to Scan Employees’ Brains
Language Moron
Nov 20 on the byte
Facebook Takes Down AI That Churns Out Fake Academic Papers After Widespread Criticism
Uncanny Covers
Nov 2 on the byte
This Deepfake AI Singing Dolly Parton's "Jolene" Is Worryingly Good
READ MORE STORIES ABOUT / Artificial Intelligence
Keep up.
Subscribe to our daily newsletter to keep in touch with the subjects shaping our future.
+Social+Newsletter
TopicsAbout UsContact Us
Copyright ©, Camden Media Inc All Rights Reserved. See our User Agreement, Privacy Policy and Data Use Policy. The material on this site may not be reproduced, distributed, transmitted, cached or otherwise used, except with prior written permission of Futurism. Articles may contain affiliate links which enable us to share in the revenue of any purchases made.
Fonts by Typekit and Monotype.