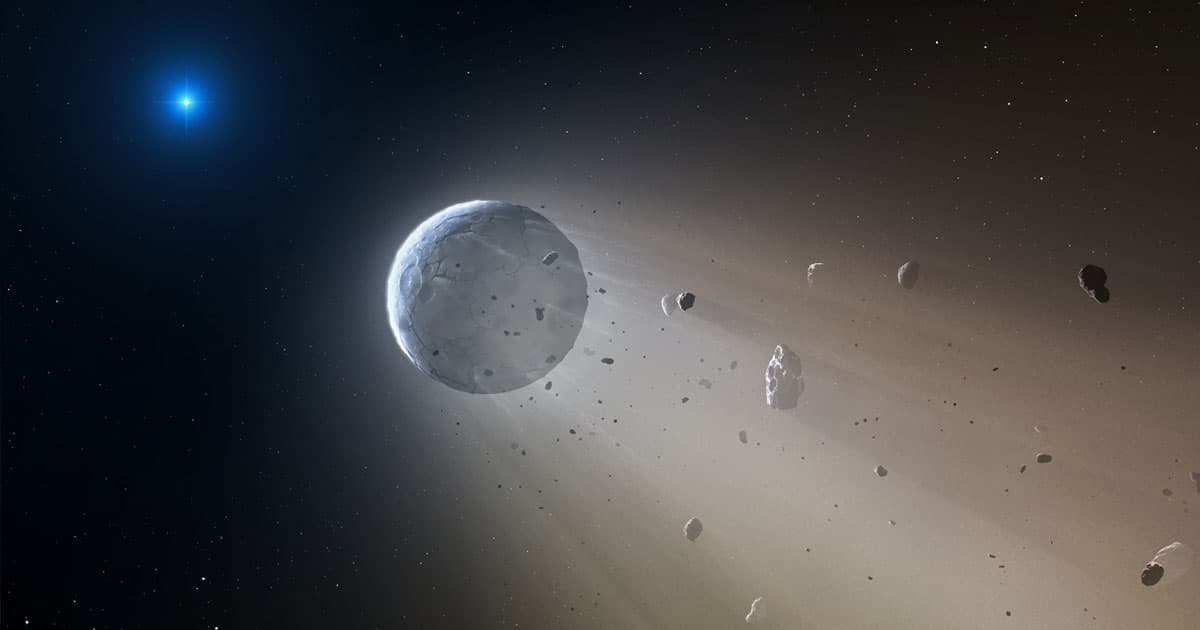 Scientists Want to Hunt for Life on Long-Dead Worlds

"The next intriguing question would be whether life survived the star's death or started all over again — a second genesis, if you will."

"The next intriguing question would be whether life survived the star's death or started all over again — a second genesis, if you will."

When the next generation of observatories are deployed, Cornell University astronomers hope to use them to scan distant exoplanets orbiting dead stars for signs of life.

When a rocky, Earth-like exoplanet passes in front of the white dwarf star it orbits, astronomers plan to search them for fingerprints of life, past or present. And to get a head start, the Cornell scientists published research in The Astrophysical Journal Letters on Thursday that offers a reference to help astronomers make sense of what they find.

This particular brand of exoplanet would have survived the death of its host star: white dwarves are the remnant cores of stars that exhausted all of their fuel and collapsed. It stands to reason that anything living on those worlds wouldn't survive such a devastating event, but new life could have theoretically emerged afterward.

"If we would find signs of life on planets orbiting under the light of long-dead stars," Cornell astronomer Lisa Kaltenegger said in a press release, "the next intriguing question would be whether life survived the star's death or started all over again — a second genesis, if you will."

That's where the new research comes in. It essentially serves as a catalog of what astronomers might come across as they study those exoplanets.

"If we observe a transit of that kind of planet, scientists can find out what is in its atmosphere, refer back to this paper, match it to spectral fingerprints and look for signs of life," Cornell astronomy grad student Thea Kozakis said in the release. "Publishing this kind of guide allows observers to know what to look for."