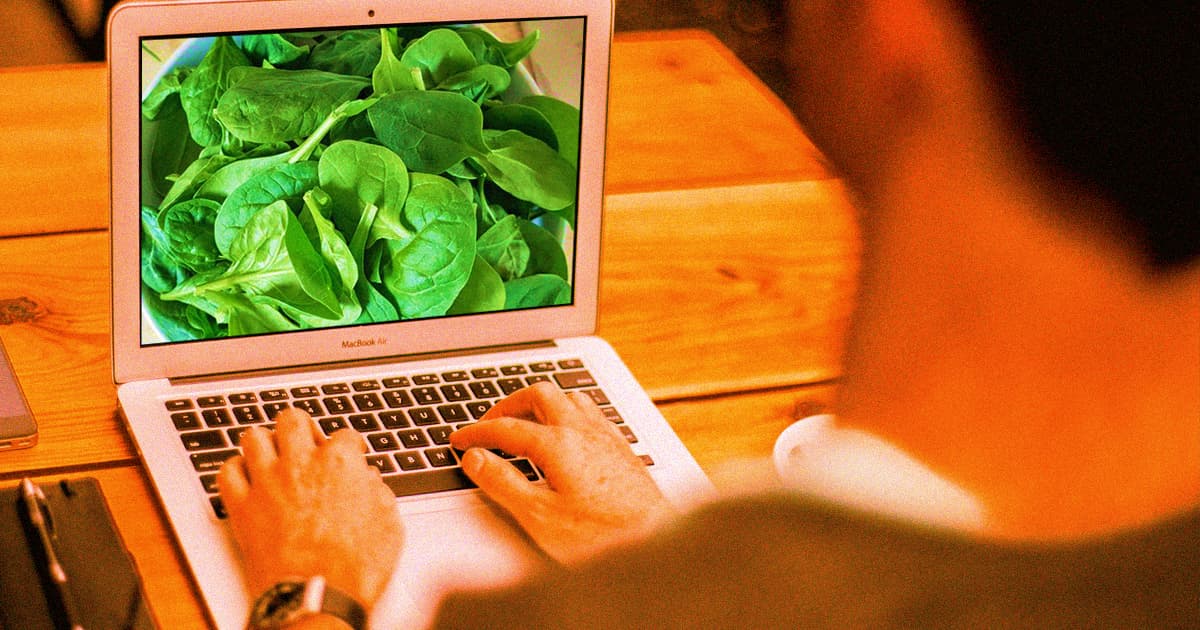 "This is a novel demonstration of how we have overcome the plant/human communication barrier."

"This is a novel demonstration of how we have overcome the plant/human communication barrier."

MIT scientists are showing off engineered cyborg spinach plants that they say are capable of sending emails to their creators.

The spinach doesn't have much on its mind, so it's thankfully not filling inboxes with idle chit-chat. Instead, it sticks to more crucial communications, Yahoo News reports, like sending out alerts whenever the carbon nanotubes built into its leaves detect possible explosives nearby.

"This is a novel demonstration of how we have overcome the plant/human communication barrier," MIT chemical engineer and project leader Michael Strano told Yahoo.

The cyborg spinach has previously been used to detect pollutants and could be adapted to spot signs of climate change, according to Yahoo. To pull it off, the spinach makes its embedded carbon nanotubes glow when by exposing them to the chemical in question. Nearby cameras then detect the change and send an email alert to researchers.

"This is a novel demonstration of how we have overcome the plant/human communication barrier," MIT chemical engineer and project leader Michael Strano told Yahoo.

"But why spinach?" you make be asking yourself. "Why not just build a sensor?"

First of all, how dare you stand in the way of science. But secondly, the plants are particularly good at sensing chemicals in the air, soil, and groundwater, so building these so-called plant nanobiotics is actually simpler than creating a machine to do the same thing.

"Plants are very good analytical chemists," Strano told Yahoo. They have an extensive root network in the soil, are constantly sampling groundwater, and have a way to self-power the transport of that water up into the leaves."