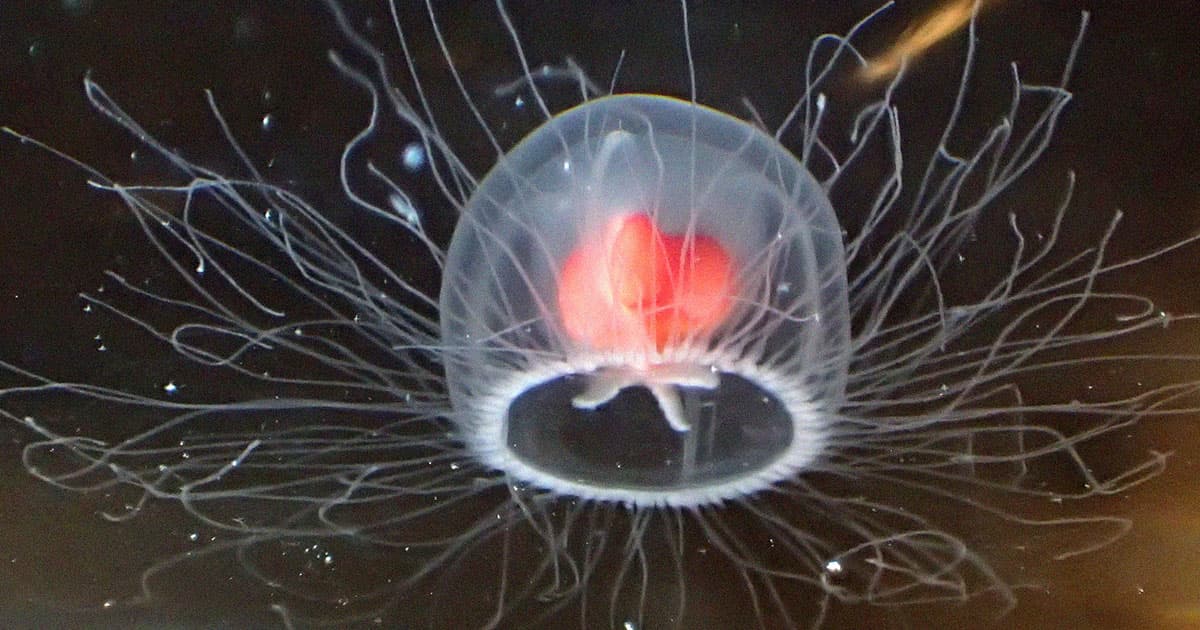 The secret of immortality may be contained within a jellyfish smaller than a human fingernail, so scientists have spent the last several decades trying to unlock the secrets of Turritopsis dohrnii, more commonly called the immortal jellyfish.

On Monday, researchers from the Universidad de Oviedo in Spain published new research in the journal Proceedings of the National Academy of Sciences (PNAS) that just may help crack that mystery. Long story short, the immortal jellyfish appear to have twice as many copies of the genes associated with repair and protection than its related — but mortal — cousin, the crimson jellyfish known as Turritopsis rubra.

"While aging affects most living organisms, the hydrozoan Turritopsis dohrnii is the only species able to rejuvenate repeatedly after sexual reproduction, becoming biologically immortal," the authors wrote in the paper. "We have identified variants and expansions of genes associated with replication, DNA repair, telomere maintenance, redox environment, stem cell population, and intercellular communication."

DNA repair and telomeres are particularly important to the critter. When times are tough or the jelly is starving, it re-absorbs its own tentacles and sinks to the seafloor, where it becomes a baby polyp once more and spouts off more jellies that will eventually mature into medusae.

The jelly's telomeres act like little DNA hard hats, protecting the ends of chromosomal strands as they reproduce. Normally, telomeres get shorter and are "used up" during this process, but that isn't the case with Turritopsis dohrnii.

It's easy to envy the immortal jellyfish, but it's equally important to be careful what you wish for. We still don't know how Turritopsis dohrnii edits its cells so easily, and on a semantic and philosophical level, it's not clear whether the resulting medusae are the same individual or not.

Still, researchers have cause to be excited — one of the best explanatory videos on the web about this special jelly describes how learning how to replace brain cells, for instance, could unlock new treatments for diseases that humans haven't yet been able to treat, like Parkinson's or Alzheimer's.

In a statement, study author and Universidad de Oviedo professor confirmed the team hopes to find out how to help humans live longer.

"From this knowledge we hope to find better answers to the many diseases associated with aging that overwhelm us today," Carlos López-Otín said.