Illegal Online Pharmacies for Contraceptives are Booming in Post-Roe America

This is pretty bleak. 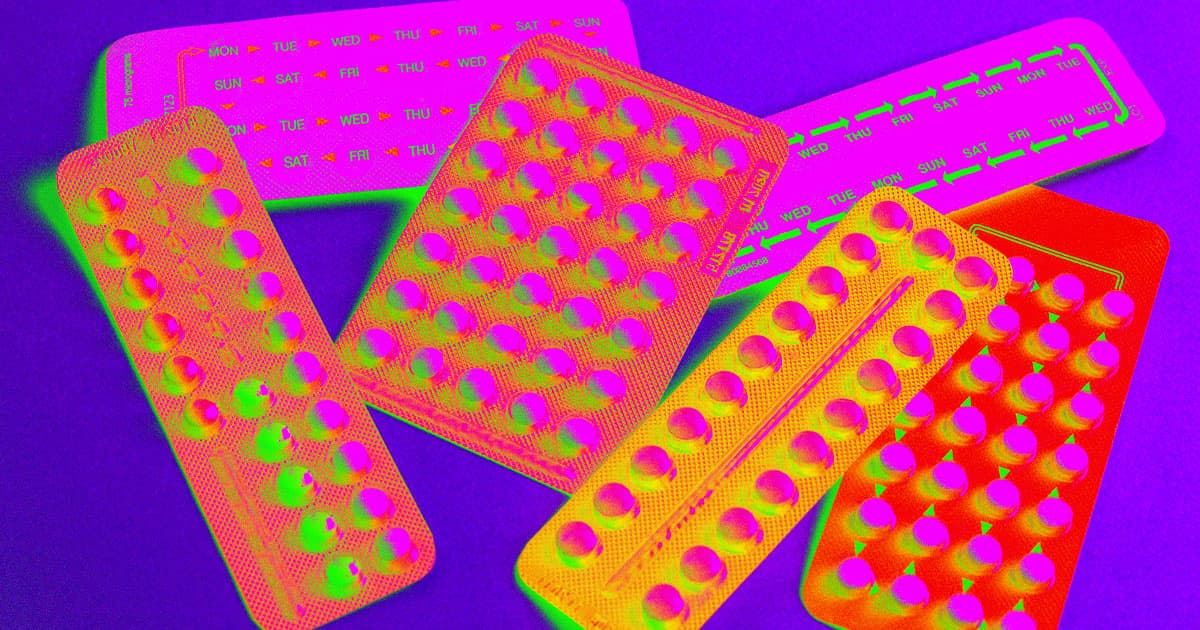 While abortion is no longer a federally-guarded American right, contraception — albeit flimsily — still is.

The Supreme Court's decision to overturn the abortion-legalizing Roe v. Wade precedent, however, is now threatening contraception access across the country, especially in areas where it was already hard to access family planning services. Consequently, according to new reporting by Vice News, many Americans are turning to illegal, unregulated online pharmacies, most of which are riddled with counterfeit — and likely ineffective or even dangerous — contraceptive care.

There's a long history of anti-abortion politicians limiting the number of contraceptive-providing clinics in their states. Some states even allow individual doctors and pharmacies the right to refuse patients contraceptive care on religious grounds. And as per the Vice report, roughly 19 million American women currently live in contraceptive deserts, or regions where access to contraceptive and reproductive healthcare is untenably sparse.

"Growing up in [Harlan, Kentucky], I lived 45 minutes from the nearest OB-GYN and the nearest hospital. So if I didn't get a ride from my mom, I wouldn’t have been able to get on birth control," one young woman, who lives in one of these areas, told Vice. "I would say the biggest challenge for me was distance."

In the wake of Roe's demise, a number of states have already moved to limit contraceptive access even further, and the widespread fear that the Supreme Court will soon put contraception entirely in the state's hands is palpable. In the days following the Roe decision, pharmacies started to limit Plan B purchases, as people immediately flocked to providers to buy and hoard morning after pills. Planned Parenthood's chief healthcare officer Diana Contreras told Vice that preliminary data from just after the Roe reversal showed that the average number of birth control related questions received by the organization's sexual health advice chatbot doubled compared to previous data.

At face value, online pharmacies offer a way to counter the issues of physical distance, over-reaching contraceptive regulation, and individual or corporate refusal to provide or cover contraceptive care. But of the 35,000 or so of these digital providers, which have proliferated so quickly that the FDA can't keep up, Vice reports that roughly 96 percent "operate illegally."

And while at face value, these operations might offer hope to millions who are without or soon may be without access to contraception, a lot of the drugs that these places keep in stock are phony counterfeits, which at their best are ineffective, and at their worst could be dangerous — ultimately, the manufacturing process of any counterfeit is unregulated, which presents an obvious risk to the consumer.

"Consumers may turn to online pharmacies because of convenience, privacy and cost savings," reads the FDA's BeSafeRX site, which warns consumers about the risks of online pharmacies, "however, some websites sell medicines that are dangerous or even deadly."

It's also worth noting that online pharmacies, which don't offer any significant patient protections, likely offer little in the way of protecting user data from prying police eyes — and not to be too gloom and doom, but seeing as how Facebook's already hocked over abortion-criminalizing data to law enforcement, it doesn't feel too lofty to consider if and how the same practice might one day be applied to contraceptive-related data, should various birth controls reach some level of criminalization.

As it probably goes without saying, this is all incredibly bleak. It's terrifying that the right to contraception could be on the federal chopping block, especially when limiting access to contraceptive care would likely result in more unwanted pregnancies — and even if contraception remains a federally protected right, no one should have to rely on unregulated online pharmacies to get their hands on the care they need.

10.06.22 Mental Health
There's a Shortage of Adderall and People Are Seriously Suffering
"It’s terrible that nothing is being done and that so many people are having to go without their meds."
By Frank Landymore / Read More >>
10.05.22 Rx/Medicines
Remember the Ice Bucket Challenge? It Ended Up Funding a New ALS Drug
But the story is complicated.
By Noor Al-Sibai / Read More >>
10.04.22 Developments
Lawsuit Accuses Walmart and CVS of Equating Homeopathic Treatments With Real Medicine
Don't confuse quack science with the real thing.
By Noor Al-Sibai / Read More >>
Keep up.
Subscribe to our daily newsletter to keep in touch with the subjects shaping our future.
+Social+Newsletter
TopicsAbout UsContact Us
Copyright ©, Camden Media Inc All Rights Reserved. See our User Agreement, Privacy Policy and Data Use Policy. The material on this site may not be reproduced, distributed, transmitted, cached or otherwise used, except with prior written permission of Futurism. Articles may contain affiliate links which enable us to share in the revenue of any purchases made.
Fonts by Typekit and Monotype.