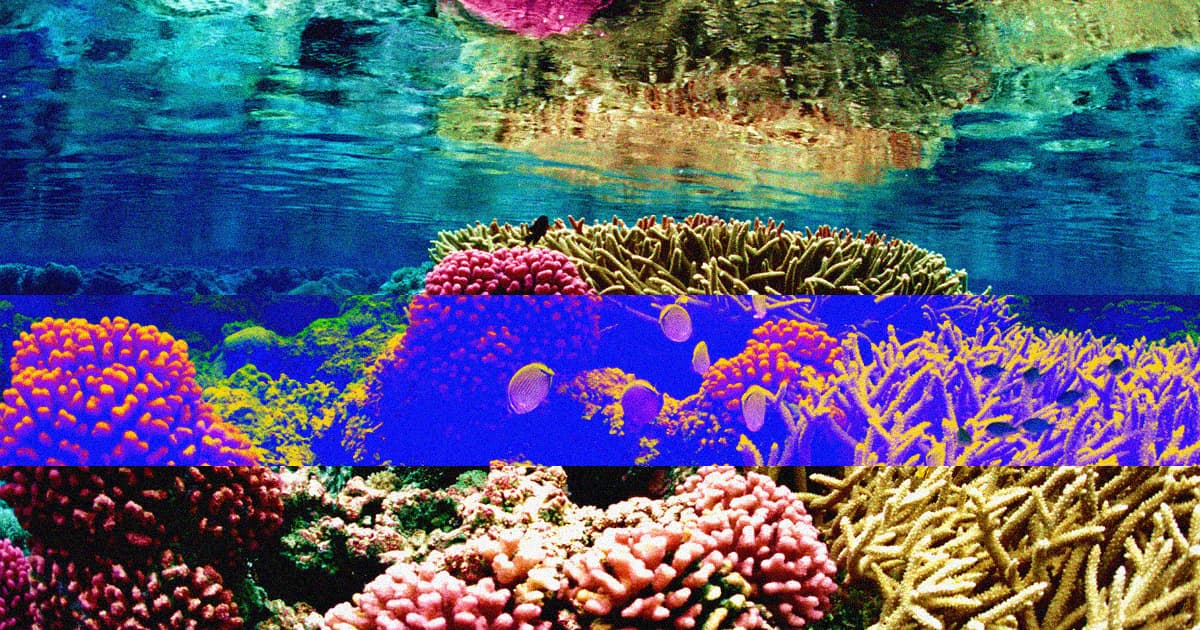 Rising ocean temperatures pose a serious threat to the world’s coral reefs, leading to mass bleaching events that have killed off vast swaths of the oceanic ecosystems.

But some coral doesn’t seem to mind the hot water that kills off its neighbors — leading scientists to think that some genetic quirk helped is helping the outliers resist the heat. Now, scientists at the Carnegie Institution for Science have uncovered the gene responsible, Future Human reports, and they have a plan to gene-hack heat resistance into coral in a bid to keep reefs thriving as climate change continues its course.

Before they could even probe coral’s genetic code, the scientists struggled to get their hands on the fertilized eggs — which coral releases en masse under specific water conditions during a full Moon — that they needed for their CRISPR experiments.

That alone took several years, Future Human reports. But with fertilized eggs in hand, the team was able to isolate that the gene HSF1 granted coral the ability to survive hotter water, according to research published in the journal PNAS on Tuesday. Now, they believe that they could use CRISPR to seed coral reefs with eggs altered to carry the heat resistance gene.

The problem, International Business Times reports, is that the scientists’ plan would be illegal under Australian law, which bans CRISPR.

“Their release into the environment would, very properly, face rigorous regulatory and public scrutiny,” coral geneticist Madeleine van Oppen, who didn’t work on the study, said in an accompanying PNAS commentary.