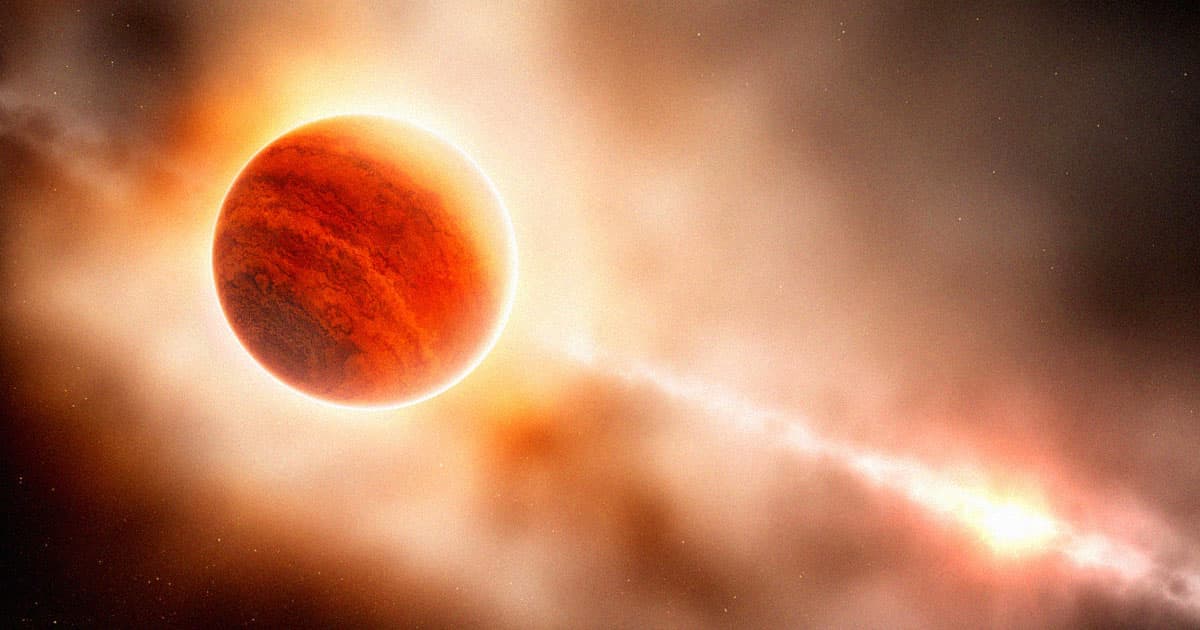 Scientists: This Massive Gas Planet Should Not Exist

It's way too big to be orbiting this tiny star.

It's way too big to be orbiting this tiny star.

A team of astronomers have spotted a gigantic, Jupiter-like world orbiting a relatively tiny star some 39 light-years away.

The star, called GJ 3512, is a red dwarf. That's by far the most common type of star in the Milky Way — but the massive size of this one's orbiting gas giant has astronomers surprised.

"It's exciting because we've wondered for long a time whether giant planets like Jupiter and Saturn can form around such small stars," Peter Wheatley, a professor at the University of Warwick in the UK, who was not involved with the latest study, told the BBC.

The discovery was detailed in a paper published in the journal Science today.

The findings run against the widely-held theory of "core accretion": that an orbiting planet grows by drawing gas from a surrounding disc of gas surrounding the star. This particular planet, however, wouldn't have had enough gas to draw from.

"Instead, they consider it more likely that the planet formed suddenly when part of the disc collapsed due to its own gravity," Wheatley told the BBC.