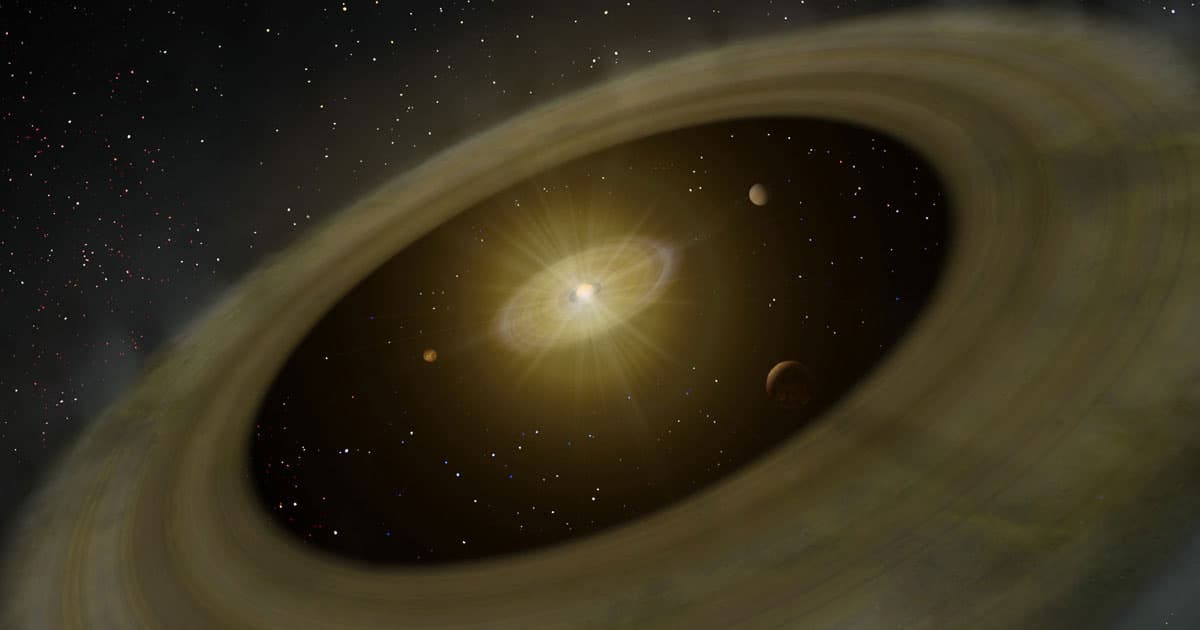 It's the first observation of a Jupiter-like planet actively forming a moon.

It's the first observation of a Jupiter-like planet actively forming a moon.

For the first time, astronomers have caught a glimpse of a distant gas giant planet in process of forming new moons.

The planet, located 370 light-years away in the PDS 70 star system, is currently creating new moons out of a ring of dust and gas trapped in orbit around it — the same mechanism through which Jupiter is thought to have formed its moons, according to research published last week in The Astrophysical Journal Letters. Seeing the process happen in real-time could help scientists understand how our own solar system came to be.

Most circumplanetary disks, as those dusty rings are formally known, disappear within 10 million years, per a Rice University press release on the finding. That means that our chances to study those that probably formed our solar system's gas giants and their moons are long gone.

But Rice University astronomers using the ALMA telescope in Chile are making up for lost time by analyzing the newly forming planets and their infant moons.

"There's much that we don't understand about how planets form," Rice astronomer Andrea Isella said in the press release, "and we now finally have the instruments to make direct observations and begin answering questions about how our solar system formed and how other planets might form."