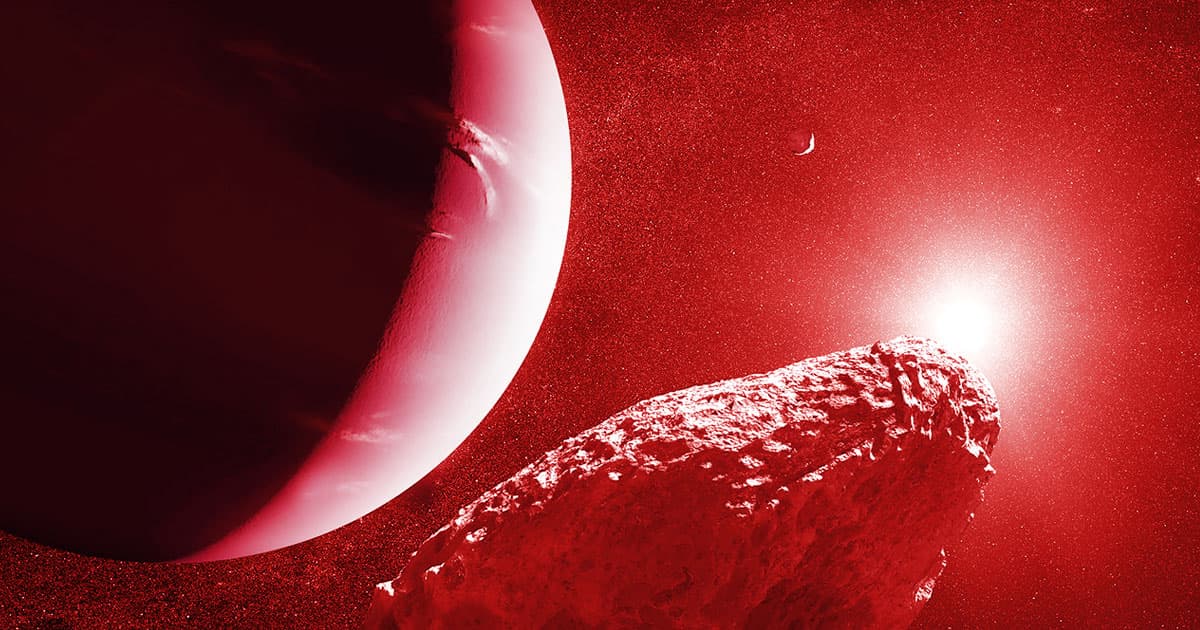 Link to the Past

Space Rocks Near Neptune Could Reveal the Solar System's Origins

A new simulation reveals how trans-Neptunian Objects could have formed.

A new simulation reveals how trans-Neptunian Objects could have formed.

A new computer simulation shakes up the popular theory for how distant space rocks called trans-Neptunian objects (TNOs) formed during the earliest days of our solar system.

Past models for TNO formation posit that it was a slow, drawn out process where celestial bodies collided and broke apart. But the new research, published Monday in the journal Nature Astronomy, suggests TNOs formed much more rapidly. TNOs likely took shape during the first 700 million years of the solar system's existence, meaning that understanding their origin story could reveal more secrets of how our solar system came to be.

The new models, created by scientists at the Tokyo Institute of Technology, suggest that TNOs took shape before distant planets —including Neptune — expanded outward into their present orbits. These TNOs, the simulation demonstrated, remained at least partially molten for millions of years after their rapid formation, a life story that mirrors recent advances into our understanding of how planets formed as well.

Often, astronomers advocate for studying comets to understand our solar system's past, but this new study says that's the wrong move. According to the simulation, comets formed well after both TNOs and planets came to be, so scientists hoping to uncover our celestial origin story would be better off looking at the rocks beyond Neptune.