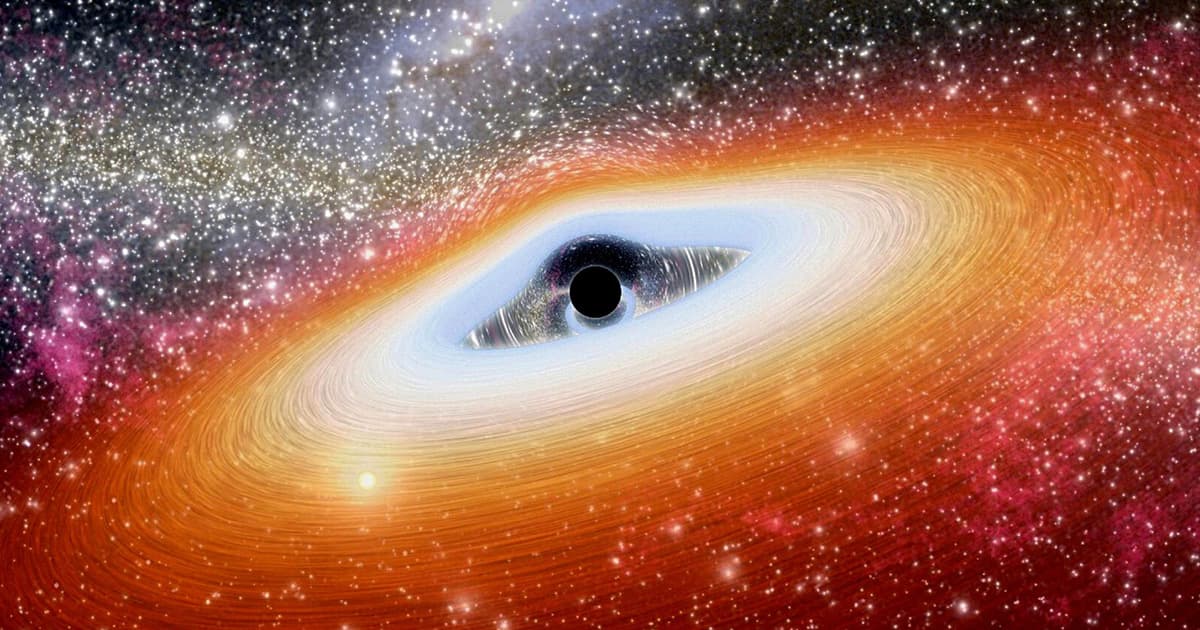 Are you calling me old?

Are you calling me old?

A team of European astronomers say they've found an extremely-rare class of black hole — and it threatens to undermine the way scientists thought galaxies evolve over time.

Explaining why requires some specific vocab, so bear with us. But the main issue, according to research published Tuesday in The Astrophysical Journal Letters, is that the new supermassive black hole is the kind astronomers thought others gradually age into — except that it's far too young for that hypothesis to make sense.

Basically, the scientists found a galaxy with a blazar — a supermassive black hole spewing out jets of gamma radiation — at its core. It's the most distant blazar of this particular class ever found, and because looking across vast distances in space is like peering back in time, the team concluded that they're seeing the galaxy as it was when the universe was just 1.7 billion years old. [nicely unpacked]

That's an issue. This galaxy contains a BL Lacertae (BL Lac) blazar, which is thought to be what younger Flat-Spectrum Radio-Quasars (FSRQs) gradually develop into as they age. But this new BL Lac is much younger than any other, creating problems for that timeline.

"This finding challenges the current scenario that BL Lacs are actually an evolved phase of FSRQ," study author Nicolás Cardiel of Spain's Complutense University of Madrid (UCM) said in a press release.

It's not clear what approach scientists will take to piece together a more accurate history of the universe — but the finding suggests that they got it wrong the first time around.

"This discovery has challenged our knowledge of the cosmic evolution of blazars and active galaxies in general," study coauthor and UCM professor Jesús Gallego said in the release.

READ MORE: The Grantecan finds the farthest black hole that belongs to a rare family of galaxies [Canary Islands Institute of Astrophysics]

Hubble Tension
Most Precise Measurements of the Universe Suggest That Something Is Very Wrong
10. 20. 22
Read More
Star War
Scientists Are Trying to Figure Out How to Kill Stars with Black Holes
11. 29. 21
Read More
EHT Tu, Black Hole
Astronomers Release Stunning New Image of Black Hole
3. 24. 21
Read More
+Social+Newsletter
TopicsAbout UsContact Us
Copyright ©, Camden Media Inc All Rights Reserved. See our User Agreement, Privacy Policy and Data Use Policy. The material on this site may not be reproduced, distributed, transmitted, cached or otherwise used, except with prior written permission of Futurism. Articles may contain affiliate links which enable us to share in the revenue of any purchases made.
Fonts by Typekit and Monotype.