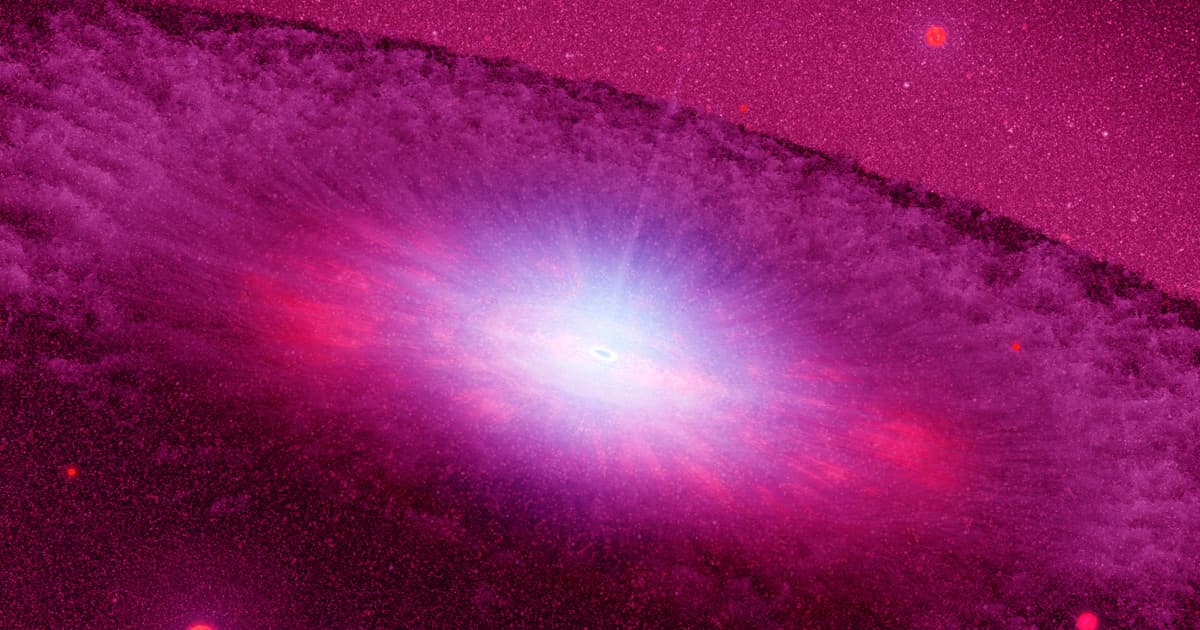 It's been around nearly as long as the entire universe.

It's been around nearly as long as the entire universe.

Scientists have discovered what seems to be the oldest supermassive black hole yet.

The black hole, dubbed PSO J0309+27, likely formed just 900 million years after the Big Bang, Live Science reports. Sounds like a long time ago, but cosmically speaking, that's nothing (at least compared to the age of the universe). Based on their discovery, the team of Italian astronomers suspects that there were probably hundreds more black holes just like it during the earliest days of the universe's existence.

The team managed to spot the black hole because it gave off a blazar — a massive explosion focused into a beam-like jet of ions. The explosion occurred nearly 13 billion years ago, but the light it gave off is still reaching Earth today, according to research published in the journal Astronomy Astrophysics last week.

"Thanks to our discovery, we are able to say that in the first billion years of life of the universe, there existed a large number of very massive black holes emitting powerful relativistic jets," lead researcher Silvia Belladitta of the University of Insubria said in a press release.

Because the jet streams given off by a blazar are so narrow, it's far more likely that there were more ancient black holes than the one that was spotted that simply aren't facing Earth.

"Observing a blazar is extremely important," said Belladitta. "For every discovered source of this type, we know that there must be 100 similar, but most are oriented differently, and are therefore too weak to be seen directly."

READ MORE: The universe may have been filled with supermassive black holes at the dawn of time [Live Science]