"We have an estimate now for the moment at which starlight first illuminated the universe." 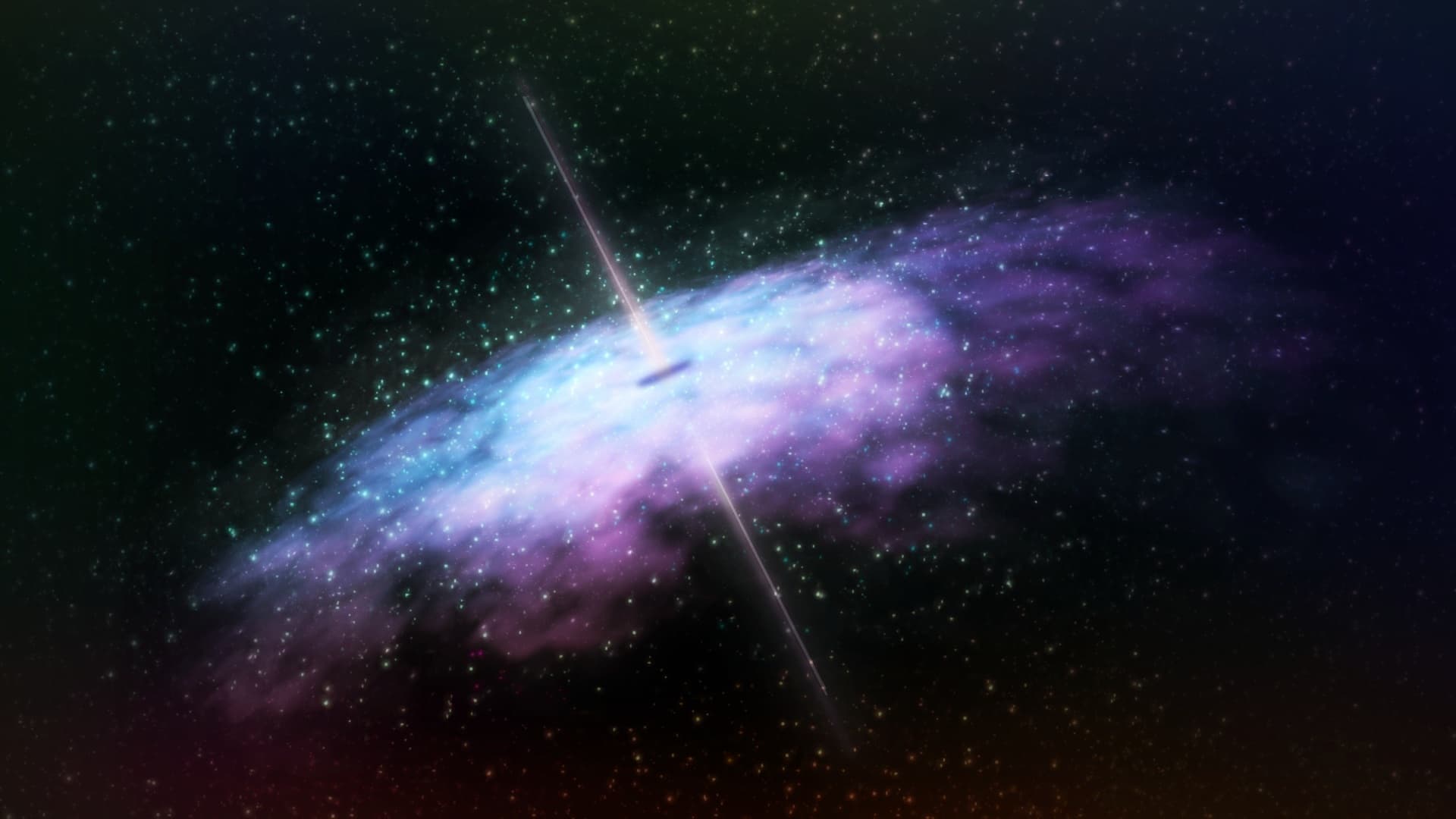 A Monster in the Nursery

Scientists recently discovered an ancient supermassive black hole that existed so early in the history of the universe that it will provide new insight into the cosmic environment in which the first stars came to life. The most distant black hole ever observed, astronomers found it within a bright object so distant that its light had to travel for 13 billion years to reach our telescopes.

The magnificent black hole is estimated at 800 million times our Sun's mass. Astronomers, including Rob Simcoe, an astrophysicist at the Massachusetts Institute of Technology, are nonplussed as to how such a monster could form so early in cosmic history; a mere 690 million years after the Big Bang, when the cosmos was only 5 percent of its present age.

"We expected as we looked further back into time that the black holes would be smaller and smaller because they hadn't had as much time to grow," Simcoe, who is one of the authors of the study that appeared in Nature, said to NPR. "What was surprising here was that this one seemed to be fully formed even though the universe was very young at this period in time," he added.

Black Hole Out of Time

More specifically, Simcoe explained, it seems this supermassive black hole came into being in an environment that had only begun to be affected by the very first stars' light.

"The moment when the first stars turned on is when our universe filled with light," Simcoe told NPR, further elaborating that initial light sources in the universe actually changed the properties of matter in the first galaxies. "We have an estimate now, with one to two percent accuracy, for the moment at which starlight first illuminated the universe."

This is significant because it will aid our understanding of a period of time when the universe had only begun manufacturing chemicals more complex than hydrogen and helium, nuclear fusion moving its way down the periodic table.

First detected by Eduardo Bañados of the Observatories of the Carnegie Institution for Science, Simcoe gives all the credit to him for "finding that needle in the haystack."

Read This Next
Universal Brain
Scientists Say the Laws of Physics May Be Changing
Black Hole's Sun
Scientists Just Released the First-Ever Image of a Black Hole
On The Event Horizon
Here's Why Everyone's so Excited About the Black Hole Image
Black Hole Sun
Here's the Best-Ever Image of the Black Hole Devouring Our Galaxy
Diving In
360-Degree Video Shows What It's Like to Fall Into a Black Hole
More on Off World
Trashing Orbit
7:17 PM on the byte
Elon Musk Says SpaceX May Build Starship That Dies on Purpose
Cat and Mouse
3:38 PM on the byte
SpaceX to Launch "Hunter" Satellites for Targeting Rival Spacecraft
Space In Space
1:44 PM on the byte
NASA Official Admits There's a Bit of an Issue on the Space Station
READ MORE STORIES ABOUT / Off World
Keep up.
Subscribe to our daily newsletter to keep in touch with the subjects shaping our future.
+Social+Newsletter
TopicsAbout UsContact Us
Copyright ©, Camden Media Inc All Rights Reserved. See our User Agreement, Privacy Policy and Data Use Policy. The material on this site may not be reproduced, distributed, transmitted, cached or otherwise used, except with prior written permission of Futurism. Articles may contain affiliate links which enable us to share in the revenue of any purchases made.
Fonts by Typekit and Monotype.