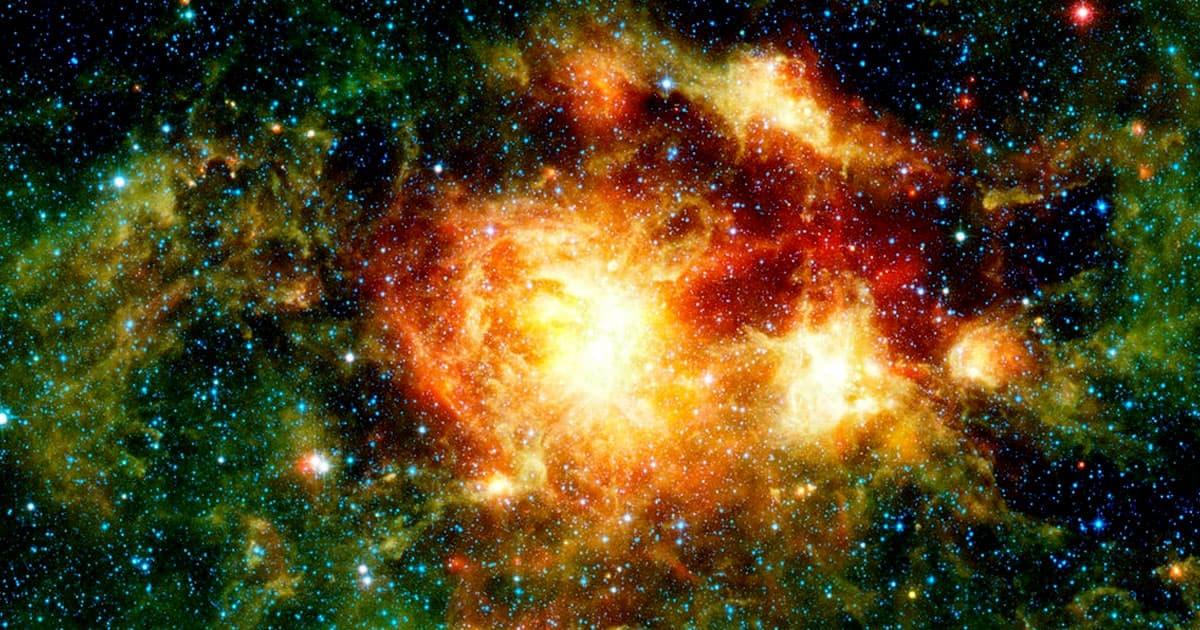 Half the Visible Universe Was Missing. Scientists Just Found It.

It's always the last place you look!

It's always the last place you look!

Ever since scientists first calculated how much matter is in the universe, they've been unable to find half of it.

Baryonic matter, sometimes called luminous matter to distinguish it from dark matter, has been estimated to make up about five percent of the stuff in the universe. But half of it has never been found, CNET reports — until now.

Astronomers' increasing ability to track fast radio bursts as they pass Earth gave them a new clue. These signals get distorted as they pass through objects, according to research published Wednesday in the journal Nature, and the extent of that distortion seems to account for the entirety of the universe's missing matter, the team told CNET.

"We all expected to detect it, eventually," University of California, Santa Cruz astronomer Xavier Prochaska told CNET, "but until we did, it was an embarrassment."

Over the past few years, other scientists also claimed to have found the missing baryonic matter. They used techniques like scanning for clouds of gas surrounding black holes or cosmic strands of matter linking galaxies.

But they all relied on incomplete data sets and their papers made large extrapolations, Macquart told CNET. He compared it to guessing how big a dog is "by looking at the size of its tail."

More on baryonic matter: Scientists May Have Finally Found the Universe’s Missing Matter