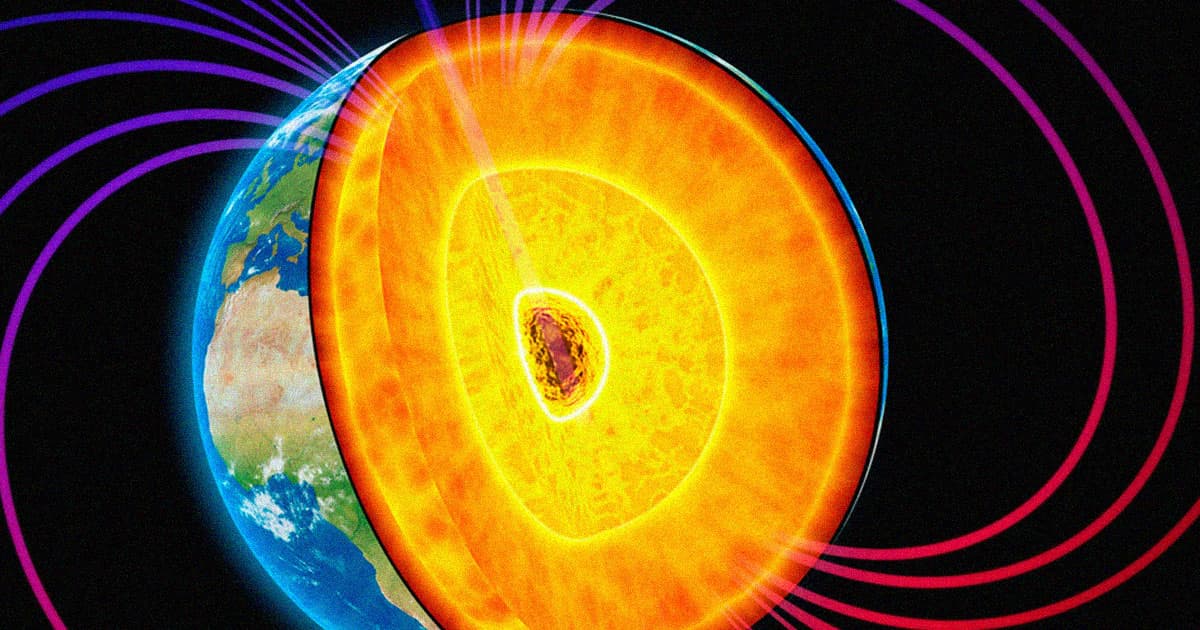 "It is quite abnormal."

"It is quite abnormal."

Nobody quite knows what's lurking at the very core of the Earth. Is it solid, liquid, or a new form of matter entirely?

With the help of his colleagues, Chinese Academy of Sciences physicist Yu He determined that our planet's inner core is in a "superionic sate," which technically neither a solid or a liquid but a weird intermediate state.

The research could shed light on one of the longest running mysteries in earth science: the composition of the inner structure of our planet.

Because it's still impossible to drill down to the Earth's core, the team chose to simulate its hellish pressures and temperatures using a computer.

As detailed in a study published in the journal Nature earlier this month, the team found that the swirling mix of hydrogen, oxygen, and carbon was in a superionic state, meaning that oxygen ions had formed a solid, while hydrogen ions floated around to form a kind of liquid. The iron atoms, however, were set in a crystalline structure.

The model may hold true, given previous research into the Earth's inner core that found it may be softer than expected, swirling like a spinning snowball.

"Our results fit well with seismological observations," He argued in the statement. "It is the liquid-like elements that make the inner core soften."

More on the inner core: The Earth's Core Is Cooling Way Faster Than We Thought, Scientists Say

Hulk Smash Planets
Watch These Brutal Simulations of Apocalyptic Planetary Collisions
7. 21. 20
Read More
Theia is Alive
Fragment of Planet That Hit Earth May Be Buried Inside Moon
3. 10. 20
Read More
We've Finally Recorded the Earth's Mysterious Song
12. 12. 17
Read More
+Social+Newsletter
TopicsAbout UsContact Us
Copyright ©, Camden Media Inc All Rights Reserved. See our User Agreement, Privacy Policy and Data Use Policy. The material on this site may not be reproduced, distributed, transmitted, cached or otherwise used, except with prior written permission of Futurism. Fonts by Typekit and Monotype.