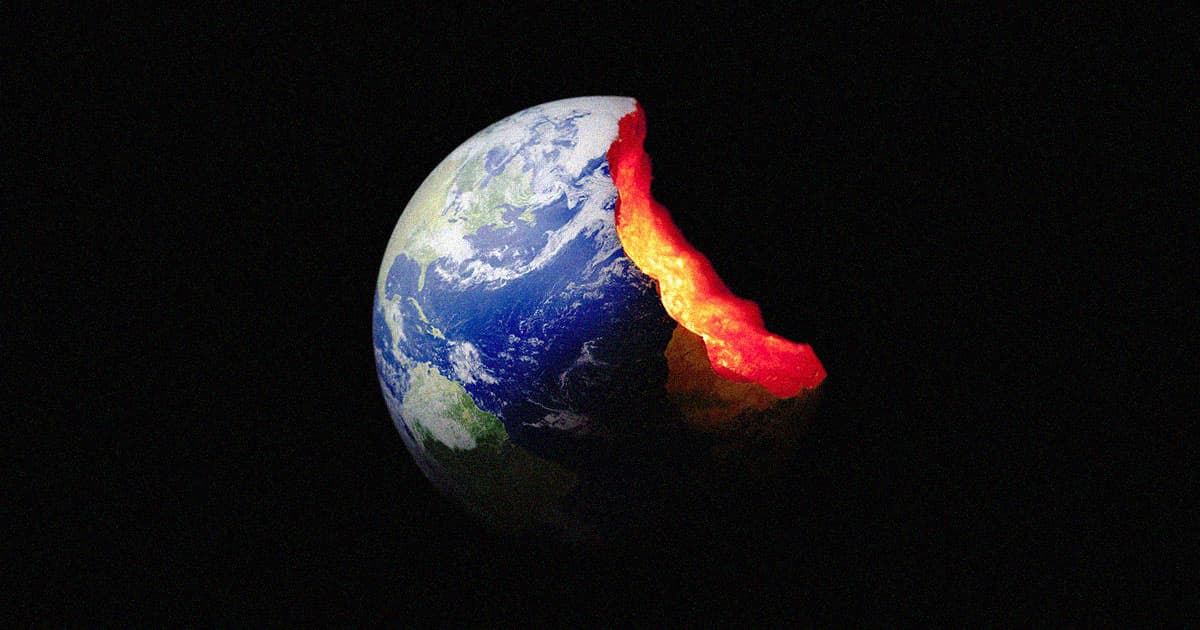 The Earth's Core Is Cooling Way Faster Than We Thought, Scientists Say

Our planet is turning into a rocky planet like Mercury or Mars much "faster than expected."

Our planet is turning into a rocky planet like Mercury or Mars much "faster than expected."

According to new research, the core of the Earth is cooling much faster and sooner than originally anticipated — a new mystery that could throw a wrench in our understanding of the planet's evolution.

In a lab simulation, a team of researchers from ETH Zurich in Switzerland and the Carnegie Institution for Science applied immense amounts of pressure and heat to a mineral called bridgmanite — which is found in the transitional zone between the core and mantle — to simulate the conditions deep below the surface. They then measured its thermal conductivity to get a better sense of the cooling processes at play.

The results were surprising.

"This measurement system let us show that the thermal conductivity of bridgmanite is about 1.5 times higher than assumed," said ETH professor Motohiko Murakami, lead author of a paper about the findings published in the journal Earth and Planetary Science Letters, in a statement.

In other words, the heat from the core is being passed on at a much faster rate than previously thought, leading to the greater cooling of the Earth.

The study could rewrite what we already know about the dynamic processes leading to the slowing down of convection currents.

"Our results could give us a new perspective on the evolution of the Earth’s dynamics," Murakami explained. "They suggest that Earth, like the other rocky planets Mercury and Mars, is cooling and becoming inactive much faster than expected."

The researcher did, however, note we didn't know enough to pinpoint how long it will take for convection currents to stop altogether.

More on the Earth: Climate Scientist Warns That Countries Are Going to Start Geoengineering the Earth