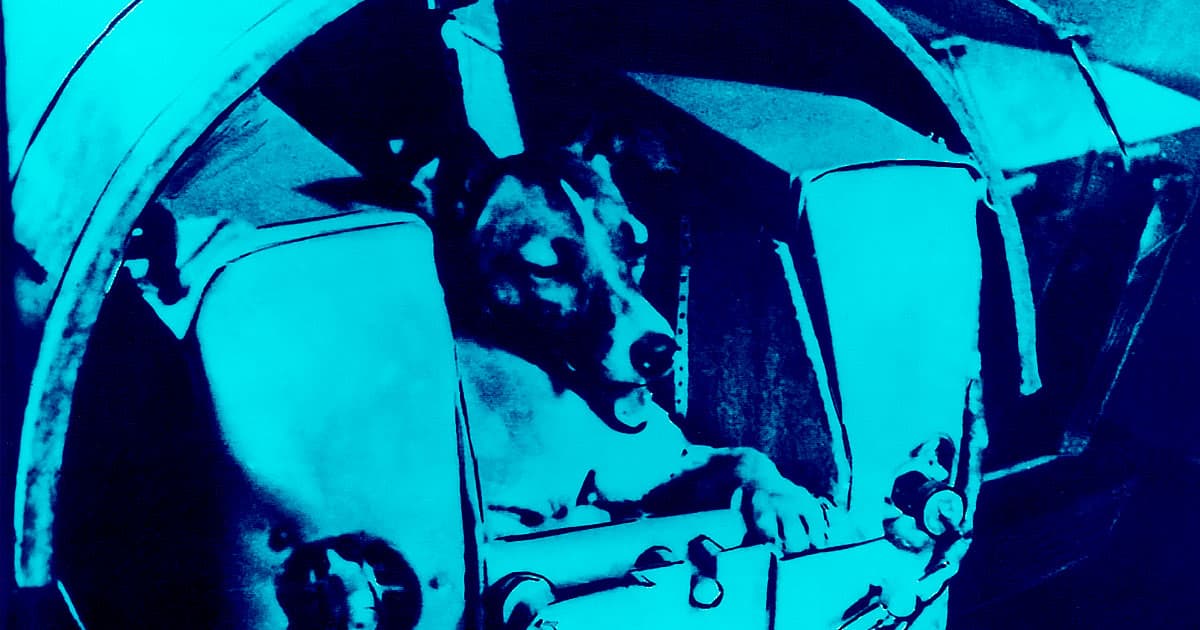 Scientists Are Calling for More Dogs in Space

All dogs go to heaven. But in the future, more of them might take a pit stop at the International Space Station along the way.

At least, that's according to University of California San Diego microbial ecologist Jack Gilbert, who called for more dogs in space during a NASA presentation on improving astronauts' health on Thursday.

Jack ends his talk with a plea for more dogs in space! For increasing microbiome diversity and for companionship.... pic.twitter.com/bAXSUbAeF5

Aside from the obvious benefits of canine companionship on crew members' moods, Gilbert reportedly argued that shooting some mutts into space could help diversify people's microbiomes during extensive stays in orbit.

While crew members may enjoy scritching Laika II behind the ears while they go about their duties brewing coffee, cleaning the bathroom, or [redacted], the dogs themselves won't understand what's happening around them — something worth considering now that animal welfare is given more thought than the days when the Soviets sent dogs into orbit willy-nilly.

More on dogs: Dogs Can Sniff Out Cancer With Nearly 97% Accuracy, Says Study

More on dogs, but in space!

Editor’s note: This story originally misstated the academic affiliation of Jack Gilbert. It has been updated.