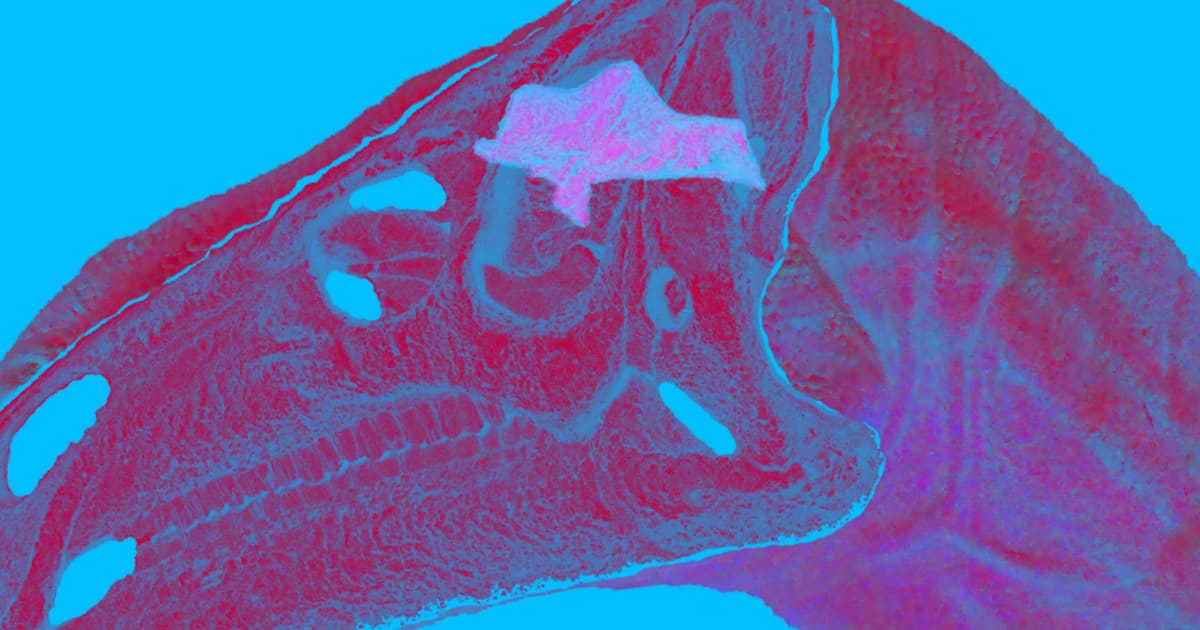 Everybody Do The Dinosaur

Your scientists were so preoccupied with whether or not they could...

Your scientists were so preoccupied with whether or not they could...

After digitally reconstructing the brain of a Thecodontosaurus, also known as the Bristol dinosaur, scientists learned that they had probably been very wrong about how the dinosaur lived.

Scientists have learned a great deal about dinosaurs through fossils. But one team took things a step further by peering inside the skull to digitally reconstruct the brain, giving them a new level of insight into the animal's life, according to research published Monday in the Zoological Journal of the Linnean Society. It's a fascinating example of scientists updating their understanding of a subject as new technology develops, rather than making inferences about a species based on physical structure alone.

A team from the University of Bristol took detailed 3D scans of the cavity where the dinosaur's brain had once rested inside a well-preserved fossil. Scientists long assumed that the dog-sized dinosaur walked on all fours and fed only on plants, much like its relatives the Diplodocus and Brontosaurus. But based on the size and shape of the brain, the scientists now hypothesize that the Thecodontosaurus walked on two legs and sometimes ate meat.

"Our analysis of Thecodontosaurus’ brain uncovered many fascinating features, some of which were quite surprising," lead author and Antonio Ballell said in a press release. "Whereas its later relatives moved around ponderously on all fours, our findings suggest this species may have walked on two legs and been occasionally carnivorous."

The new scanning technique allowed the scientists to take a closer look at the fossil without actually cracking it open like a piggy bank, which had long been an obstacle.

"Even though the actual brain is long gone, the software allows us to recreate brain and inner ear shape via the dimensions of the cavities left behind," Ballell said. "The braincase of Thecodontosaurus is beautifully preserved so we compared it to other dinosaurs, identifying common features and some that are specific to Thecodontosaurus."