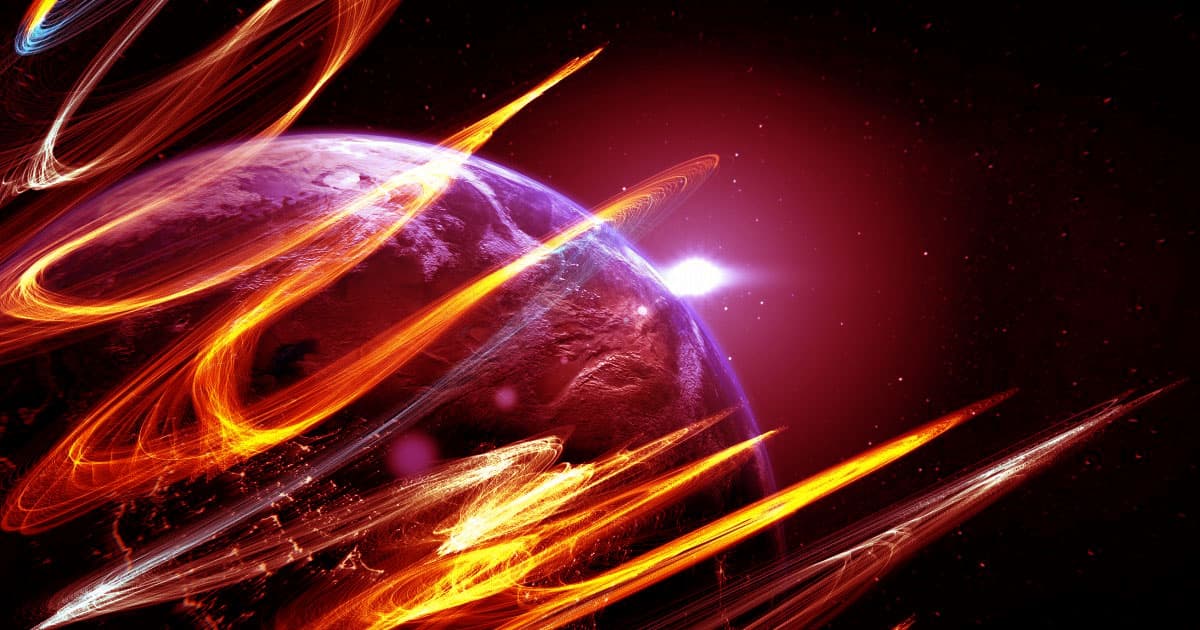 Our planet's atmosphere is ringing just like a bell.

Our planet's atmosphere is ringing just like a bell.

According to a new study by an international team of researchers, the Earth’s entire atmosphere vibrates much like a ringing bell — a low-pitched fundamental tone alongside higher-pitched “overtones.”

The discovery could help scientists better predict weather patterns and understand the makeup of our atmosphere.

“This finally resolves a longstanding and classic issue in atmospheric science, but it also opens a new avenue of research to understand both the processes that excite the waves and the processes that act to damp the waves,” co-author Kevin Hamilton, a professor at the International Pacific Research Center at the University of Hawaii, said in a statement.

The atmospheric resonances were first proposed at the beginning of the 19th century by French physicist Pierre-Simon Laplace, whose dynamic theory of ocean tides has since allowed scientists to predict deformations in a planet’s atmosphere.

The tones, according to Hamilton and his collaborators, are created by massive pressure waves that travel around the globe. Each wave corresponds to each of these different resonant frequencies.

“Our identification of so many modes in real data shows that the atmosphere is indeed ringing like a bell,” Hamilton said.

The new study includes a detailed analysis of pressure observations spanning 38 years. The researchers found dozens of separate waves circling the Earth in a checkerboard pattern.

“For these rapidly moving wave modes, our observed frequencies and global patterns match those theoretically predicted very well,” lead author Takatoshi Sakazaki, assistant professor at the Kyoto University Graduate School of Science, said in the statement. “It is exciting to see the vision of Laplace and other pioneering physicists so completely validated after two centuries.”

Hulk Smash Planets
Watch These Brutal Simulations of Apocalyptic Planetary Collisions
7. 21. 20
Read More
Theia is Alive
Fragment of Planet That Hit Earth May Be Buried Inside Moon
3. 10. 20
Read More
We’ve Finally Recorded the Earth’s Mysterious Song
12. 12. 17
Read More
+Social+Newsletter
TopicsAbout UsContact Us
Copyright ©, Camden Media Inc All Rights Reserved. See our User Agreement, Privacy Policy and Data Use Policy. The material on this site may not be reproduced, distributed, transmitted, cached or otherwise used, except with prior written permission of Futurism. Fonts by Typekit and Monotype.