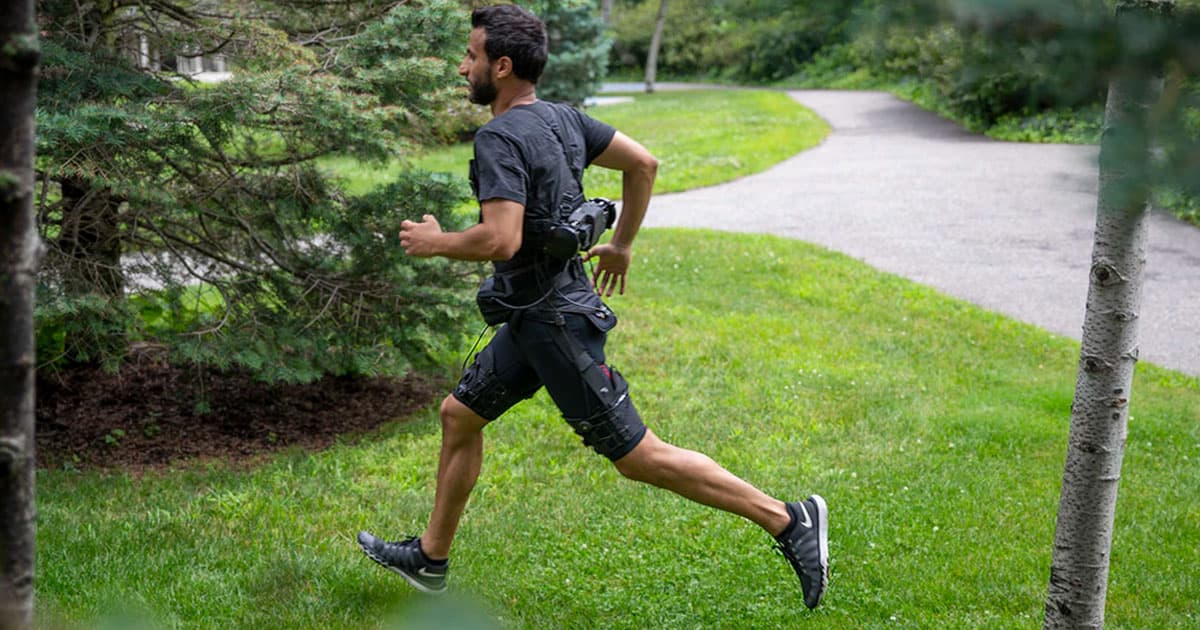 Harvard's stride-enhancing shorts could put an extra spring your step.

Harvard's stride-enhancing shorts could put an extra spring your step.

It's no P-5000 Powered Work Loader, but these robotic shorts sure look sleek.

Even before the Alien franchise, exoskeletons have been conceptualized as a tool to aid humanity. Some researchers believe wearable robotics are poised to appear everywhere from battlefields to Ford's factory floors — and even your Thanksgiving dinner table. But researchers from Harvard's Wyss Institute are taking things one step further with a pair of stride-enhancing, wearable robotic shorts.

Unlike heavier exoskeletons meant to perform heavy lifting tasks, these soft shorts simply enhance your stride, making walking and jogging a little easier. It's no easy feat. In fact, Harvard researchers had been working to develop the algorithms behind such shorts since early 2018 and as part of ongoing DARPA research for years.

Using a built-in computer, the shorts detect wearer's movements and analyze things like your movement speed and what phase of step-taking you're currently in. Then it gives your leg a little boost using a cable actuator that's fixed between your waste and thigh. The cable mimics the natural function of your gluteal muscles — that's your butt, by the way — making the action of moving just a little bit easier. In tests, using the exoskeleton reduced metabolic costs of walking by 9.3 percent and of running by 4 percent.

It might not sound like much, but the robo-shorts only weigh 11lbs, meaning you could comfortably wear them in your living room. Such advancements could have profound impacts on everyday life and could lead to soft exoskeletons that enhance everyday tasks. In fact, the researchers behind the shorts are betting on that.

“While the metabolic reductions we found are modest, our study demonstrates that it is possible to have a portable wearable robot assist more than just a single activity, helping to pave the way for these systems to become ubiquitous in our lives,” lead study author Conor Walsh said in a press release.

READ MORE: These robo-shorts are the precursor to a true soft exoskeleton [TechCrunch]

More on exoskeletons: The U.S. Military is Buying a Brutal-Looking Powered Exoskeleton

From the Dept. of Buying Stuff
The Best Fitbit for Seniors of 2023
10. 29. 22
Read More
FROM THE DEPT. OF THINGS TO BUY
Review: Can the Fiture Fitness Mirror Replace a Personal Trainer?
7. 29. 22
Read More
Diner Drama
People Furious at Robot Serving Pancakes at Denny's
11. 28. 21
Read More
+Social+Newsletter
TopicsAbout UsContact Us
Copyright ©, Camden Media Inc All Rights Reserved. See our User Agreement, Privacy Policy and Data Use Policy. The material on this site may not be reproduced, distributed, transmitted, cached or otherwise used, except with prior written permission of Futurism. Articles may contain affiliate links which enable us to share in the revenue of any purchases made.
Fonts by Typekit and Monotype.