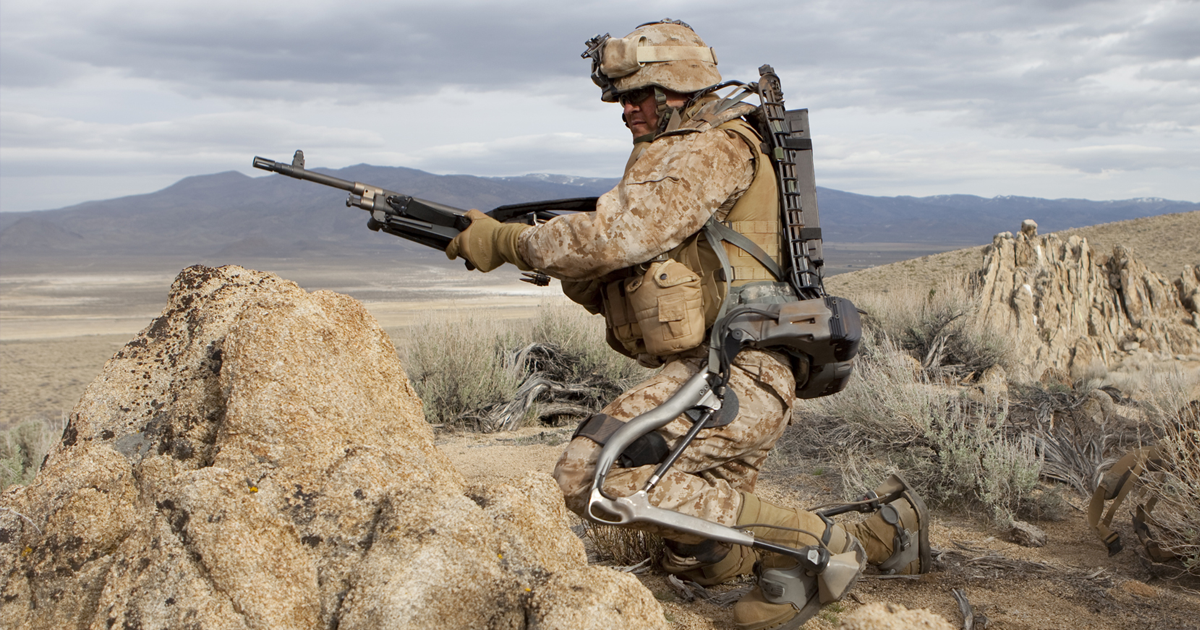 The Army Is Spending Millions on Powered Exoskeletons

The Army set aside $6.9 million to invest in new exoskeleton tech.

The Army set aside $6.9 million to invest in new exoskeleton tech.

The U.S. Army is taking a serious look at robotic exoskeletons that would enhance soldiers' physical capabilities on the battlefield by lessening the strain of heavy loads or helping them move faster.

Several contractors have developed exoskeletons, which range from mechanized ankle supports to full-body suits that look like one of Tony Stark's prototypes. The Army is still exploring and evaluating different exoskeletons, according to Army Technology, but the push suggests that the military is serious about augmenting its fighters.

Take A Load Off

So far, the Army has invested in two companies to further develop exoskeletons. The first is Lockheed Martin, which Army Tech reports received $680,000 to build out its Onyx system — a lower-body exoskeleton that straps to a soldier's feet and legs.

The other recipient is Dephy, which built an "Exo-boot" that functions as a high-tech brace for soldiers' feet and ankles. Normally the Army would prefer a full-body suit, but the Exo-boot is farther along than many other products in the space, so it still made the cut.

“Given the push for rapid transition and innovation, we can save the army a lot of time and money by identifying and vetting mature technologies," David Audet, head of the mission equipment and systems branch of the Army's soldier-enhancing research division, told Army Tech.

More on exoskeletons: The U.S. Military is Buying a Brutal-Looking Powered Exoskeleton

Hand That Feeds
A Wearable Robot Arm Makes You Work for Thanksgiving Leftovers
11. 23. 18
Read More
Exoskeletons are About to Walk Ford's Factory Floors
8. 8. 18
Read More
Pacific Rim's Robots Are Less Advanced Than Some of Today's Real Robots
3. 28. 18
Read More
+Social+Newsletter
TopicsAbout UsContact Us
Copyright ©, Camden Media Inc All Rights Reserved. See our User Agreement, Privacy Policy and Data Use Policy. The material on this site may not be reproduced, distributed, transmitted, cached or otherwise used, except with prior written permission of Futurism. Articles may contain affiliate links which enable us to share in the revenue of any purchases made.
Fonts by Typekit and Monotype.