Cyberdyne's HAL exoskeleton is about to arrive at five more hospitals. 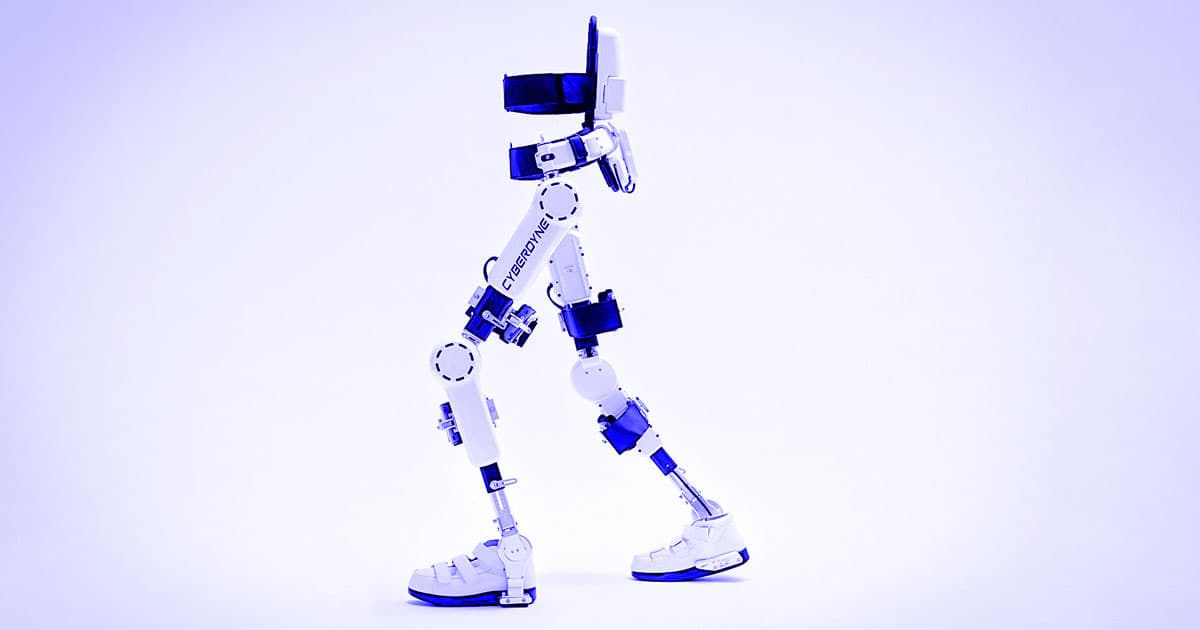 For the last nine months, Brooks Rehabilitation in Florida has been helping people with lower body paralysis learn to walk again with the help of Cyberdyne's new robotic exoskeleton, the Hybrid Assistive Limb (HAL).

Unlike other assistive exoskeletons, which automatically walk users forward as they shift their weight, HAL detects the movements of specific muscles patients are trying to move and gives them a boost, according to IEEE Spectrum.

Take for instance Danny Bal, who IEEE Spectrum reports was hit by a car and lost function in his legs. He's one of the 18 people who used the HAL exoskeleton to learn how to walk, paying $24,000 out of pocket — no insurance covers it — for the 60-session program. In 2019, five more yet-unannounced hospitals will begin using HAL as well.

HAL determines that someone is trying to walk by picking up nerve signals through electrodes on the back of their legs. It analyzes that signal and determines where that person's brain is trying to tell their legs to go. Normally, an assistive exoskeleton would just take a step at a pre-defined gait, but HAL is more fluid — it merely helps your legs reach the point your brain wants them to.

Because the person and not the exoskeleton is guiding the movement, the user's brain is able to learn how it feels to take a step. As long as some neural signals are making it past their injuries and reaching their legs, this feedback can help people eventually learn to walk around without help from HAL, the researchers say.