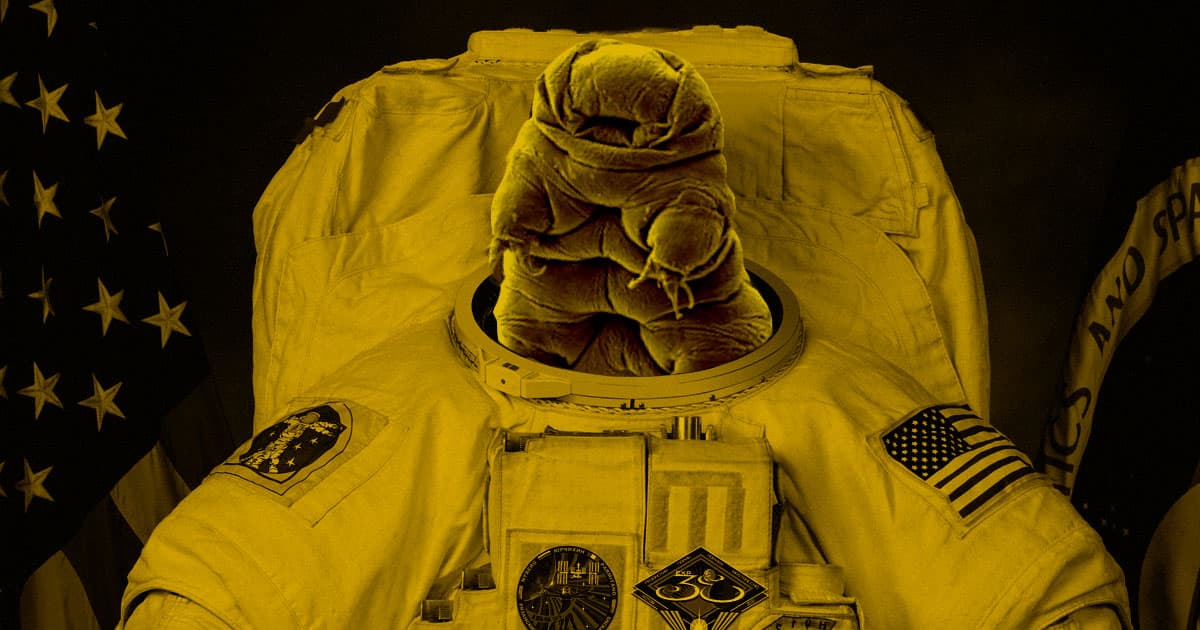 This Scientist Wants to Gene-Hack Hybrid Humans to Survive Mars

He wants to splice tardigrade DNA into humans so they can survive Mars.

He wants to splice tardigrade DNA into humans so they can survive Mars.

Traveling to Mars is too dangerous for humans, and will remain so unless scientists figure out how to properly shield astronauts from the onslaught of deadly cosmic radiation.

Typically, proposals to protect astronauts on the year-long round-trip journey involve better shielding on spacecraft. But Space.com reports that Weill Cornell University geneticist Chris Mason has a different idea: gene-hack humans with the DNA from tardigrades that enables the weird little creatures to survive harsh radiation.

It's an unusual and speculative idea, but also one that could illustrate the bizarre future of biotechnology and space travel.

Mason has long researching what space travel does to the human body, Space.com reports. Since tardigrades are able to survive the endless horrors of space, their genome could potentially make human cells more resilient.

But Mason admits that any human-tardigrade gene hacking is still decades away.

"I don't have any plans of having engineered astronauts in the next one to two decades," Mason said, per Space.com. "If we have another 20 years of pure discovery and mapping and functional validation of what we think we know, maybe by 20 years from now, I'm hoping we could be at the stage where we would be able to say we can make a human that could be better surviving on Mars."

READ MORE: Can We Genetically Engineer Humans to Survive Missions to Mars? [Space.com]

More on Mars trips: Apollo Astronaut: It Would Be “Stupid” to Send People to Mars