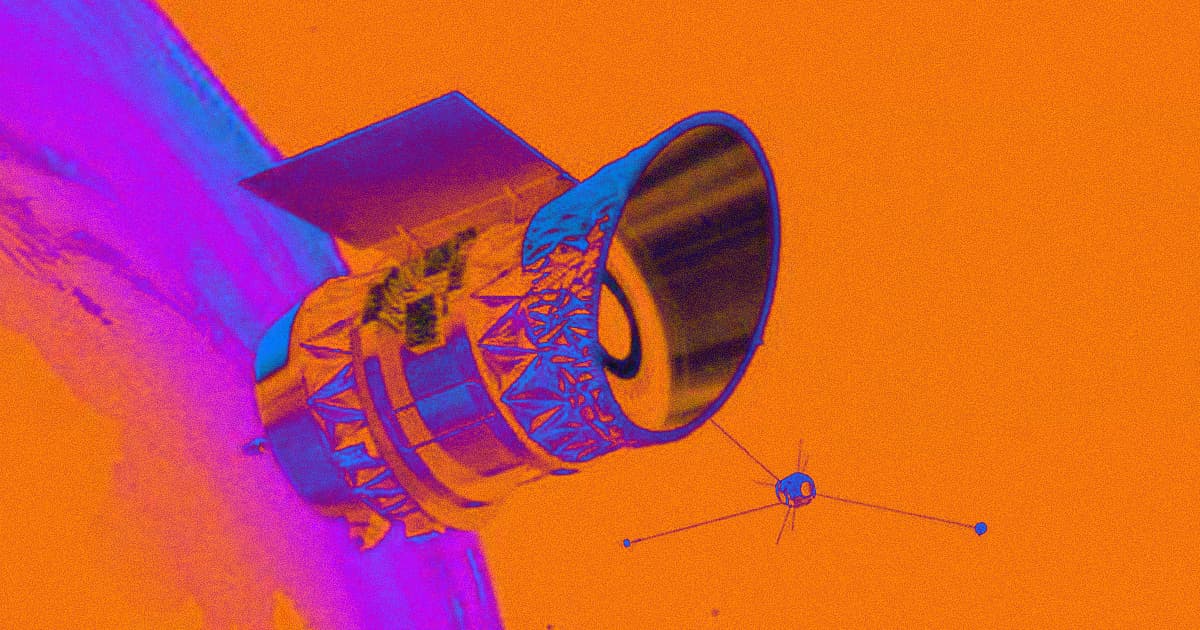 "The worry is that we'll start seeing a chain reaction where all the satellites kill each other with shrapnel and space becomes unusable."

"The worry is that we'll start seeing a chain reaction where all the satellites kill each other with shrapnel and space becomes unusable."

Update 1/30/2020: The two satellites mentioned in this story passed by each other without colliding.

There's a decent chance that two satellites will crash into each other as they orbit the Earth today.

The two satellites, both already inactive, have a one-in-1,000 chance of colliding, CNN reports, which is a much higher chance than space agencies consider safe. If a collision is going to happen, it will occur right around 6:40 PM EST when the paths of the satellites converge — right over Pittsburgh, PA.

On its own, the destruction of two decades-old satellites that have long since stopped being useful isn't a huge deal. But if they do crash, they'll fill an already-crowded sky with hazardous debris.

"The worry is that we'll start seeing a chain reaction where all the satellites kill each other with shrapnel and space becomes unusable," astronomer Jonathan McDowell of the Harvard-Smithsonian Center for Astrophysics told CNN.

The two satellites are expected to pass anywhere within 13 to 87 meters of each other — extremely close on an astronomical scale. The odds of a collision are increased by the fact that the satellites are larger than average, per CNN.

READ MORE: Two dead satellites might collide above the US today [CNN]