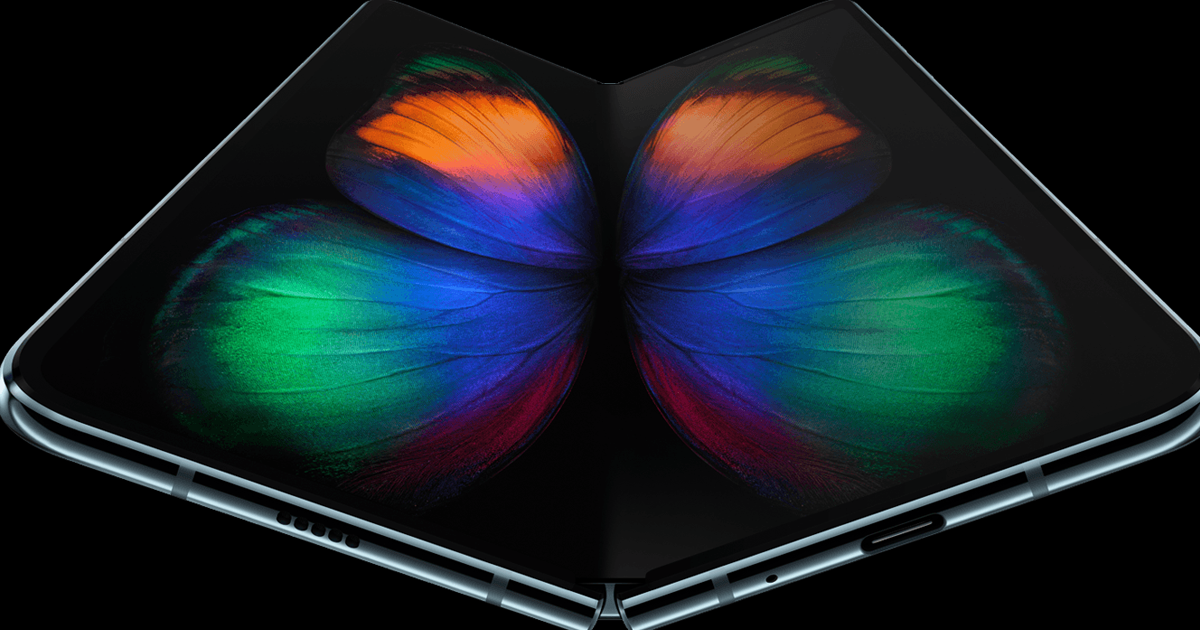 The Galaxy Fold will be available starting April 26.

The Galaxy Fold will be available starting April 26.

Korean tech giant Samsung officially announced its take on the growing foldable smartphone trend at its Galaxy Unpacked event today in San Francisco: the Samsung Galaxy Fold. The device will go on sale for $1,980 on April 26.

We first got a glimpse of the device in November, but the brand has likely been working on the concept for almost half a decade.

The Galaxy Fold will unsurprisingly pack some serious power, with a high resolution 7.3-inch Infinity Flex Display. When it's folded in half — Samsung referred to that as "phone mode" — the display size is reduced to only 4.6 inches.

Competitors include Royole and Chinese phone maker Xiaomi. The latter is developing a smartphone that folds on both sides, like a birthday card.

The device seems to be a little awkward to use in phone mode, but when unfolded, the Galaxy Fold could be a worthy replacement for a seven-inch tablet.

More on foldable smartphones: Xiaomi Teases Flexible Smartphone That Folds Like a Card