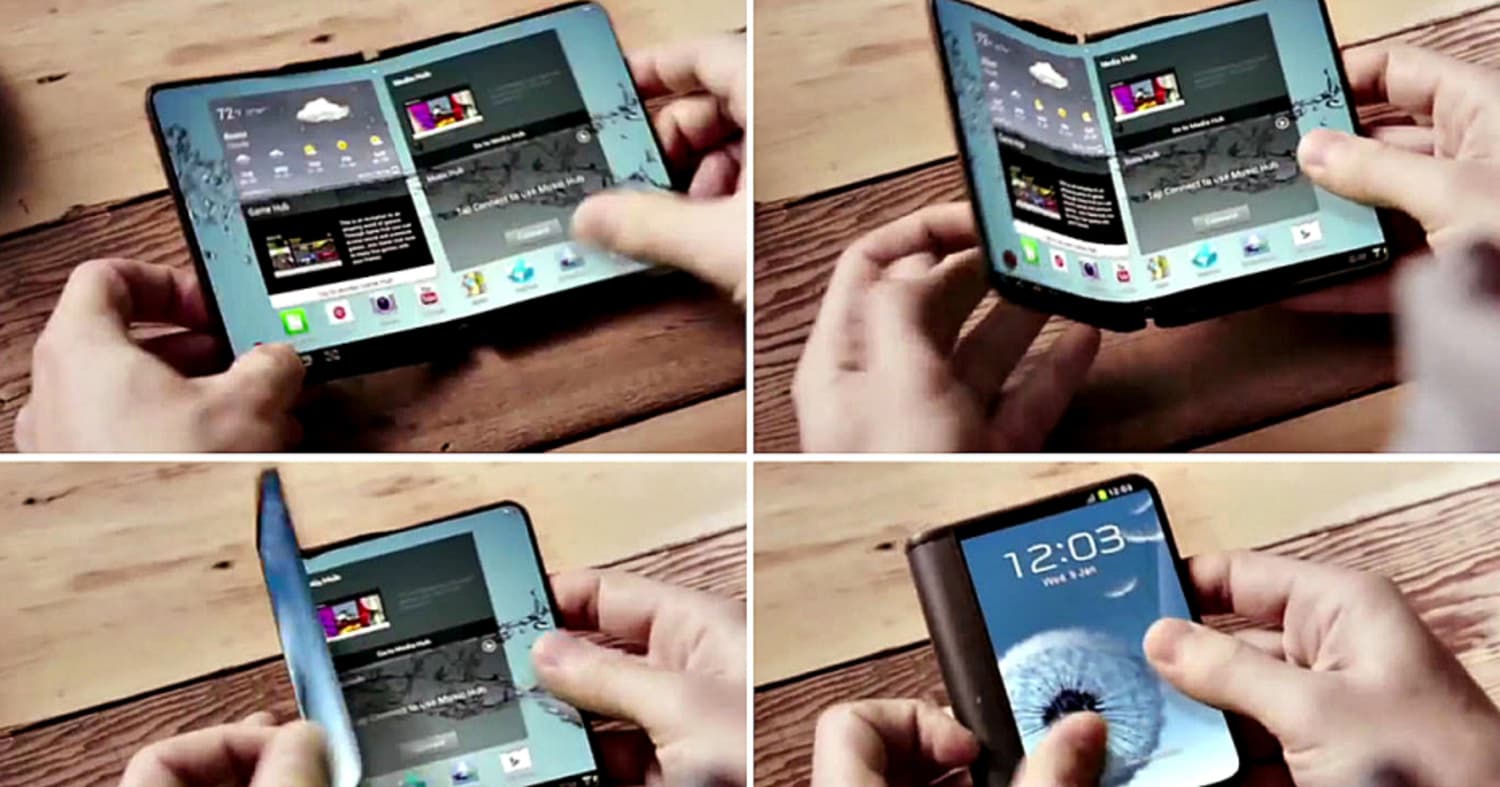 When Samsung unveiled its current flagship Galaxy S6 and S6 Edge in March 2015, the South Korean tech giant went away from its signature plastic design and took a page out of Apple's playbook by using premium materials, such as aluminum and glass, to finally give its users a high-end smartphone in terms of specs and design.

The company may continue on this track when it launches its next-generation Galaxy S7, S7 Edge and (possibly) its first foldable smartphone

A patent application from Samsung on the US Patent and Trademark Office reveals that Samsung is engineering something that seems rather remarkable. A foldable electronic device appears to be in the works, and it may be the upcoming Project Valley.

As the patent indicates, Project V, aptly name to mirror the shape of the device in mid-fold, goes by model number SM-G929F. Although there are several foldable and rollable configurations shown in the patent application, the one most frequently shown is a horizontal clamshell, whose single fold opens in the same manner as a book or magazine.

There is more than one way to orient the screens for a foldable smartphone. The device may fold in such a way that the two halves of the screen are touching when closed, like a book, or in the opposite configuration, where the screens both face outward at all times.

Samsung released a concept video in 2014 that showcases the former configuration. You can see it below:

Samsung's patent application was published earlier this month in the US and filed in May 2015. However, it was originally filed in Korea in 2014. Considering that this is a patent application, the timing of such a product to market is unknown at this time. That said, it is stated that Valley may be initially released in early 2016 in several European countries.

Read This Next
From the Dept. of Things to Buy
Save Hundreds With These Labor Day Deals on Samsung TVs, Laptops, Tablets, and More
From Our Partners
Keep Annoying Calls Away With A 2-Year Subscription To This Spam-Call Blocker
Futurism
Predicting the Future: Here's What Our Homes May Be Like in 100 Years
Futurism
The Future of Gaming? Check Out the Remarkable Graphics of Unreal Engine 4
Futurism
Samsung May Be Working on a Smart Ring
More on Sci-Fi Visions
HIV Vaccine
Friday on neoscope
Scientists Hopeful About Promising Results From HIV Vaccine
LIfe Finds a Way
Thursday on the byte
Billionaire Private Astronaut Suggests Reviving Dinosaurs
Health Revelation
Nov 22 on neoscope
Chris Hemsworth Reveals Grim Genetic Test Results, Will Take Break From Acting
READ MORE STORIES ABOUT / Sci-Fi Visions
Keep up.
Subscribe to our daily newsletter to keep in touch with the subjects shaping our future.
+Social+Newsletter
TopicsAbout UsContact Us
Copyright ©, Camden Media Inc All Rights Reserved. See our User Agreement, Privacy Policy and Data Use Policy. The material on this site may not be reproduced, distributed, transmitted, cached or otherwise used, except with prior written permission of Futurism. Articles may contain affiliate links which enable us to share in the revenue of any purchases made.
Fonts by Typekit and Monotype.