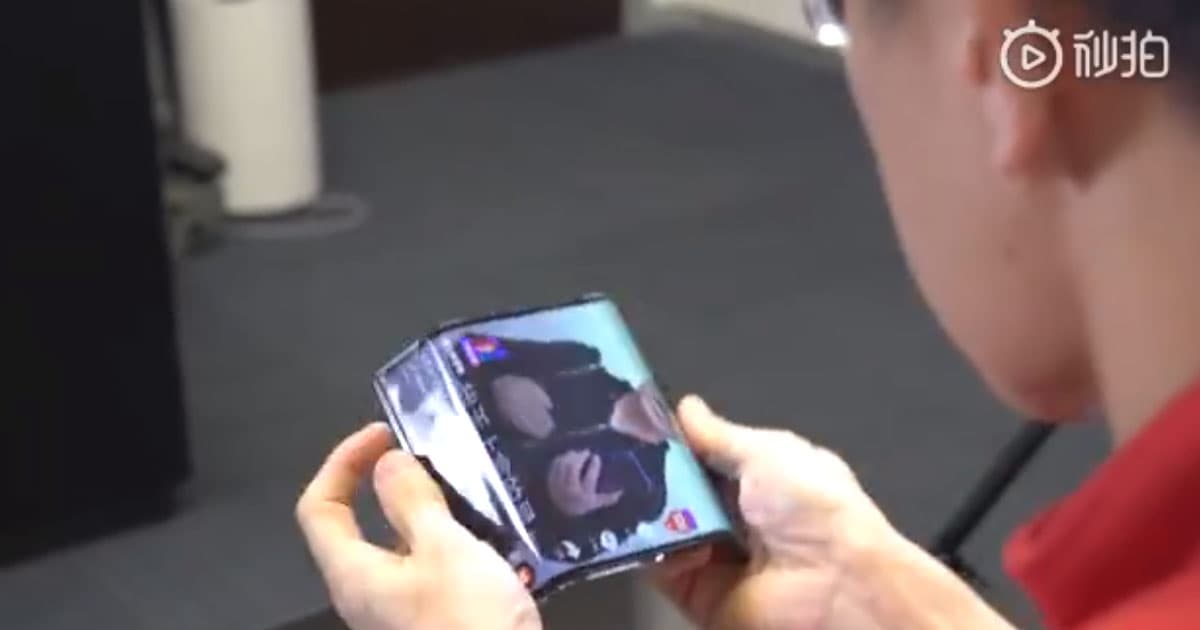 Xiaomi Teases Flexible Smartphone That Folds Like a Birthday Card

Will 2019 be the year of the foldable smartphone?

Will 2019 be the year of the foldable smartphone?

It's official: Chinese electronics giant Xiaomi has confirmed that it's working on a flexible smartphone.

In a short clip posted to Chinese social media site Weibo today, Xiaomoi co-founder Lin Bin showed off an engineering sample of a smartphone with an astonishing display. The clip shows Lin folding the screen backwards on both sides, like a triptych or a birthday card.

Lin said that Xiaomi is considering mass-producing the device, depending on how consumers react to it. He also asked Weibo users for suggestions for a name for the device.

The clip also shows off some additional features of the "world's first double folding phone": the power button is on the top, where you'd expect it to be on a traditional slab smartphone, and the interface scales and rotates as Lin moves it.

The experience looks fairly smooth, especially considering this is just a prototype.

Xiaomi isn't the first company to announce a foldable smartphone in the last couple of months. Samsung executives announced that a foldable Galaxy smartphone will be released in the first half of 2019. And US-based electronics company Royole got a lot of attention for its FlexPai smartphone at the Consumer Electronics Show in Las Vegas earlier this month.

It's only January, but it's already looking like foldable smartphone displays are a potential future for consumer devices in 2019. And that's an exciting prospect: who wouldn't want a tablet that can fold to fit in their pocket?