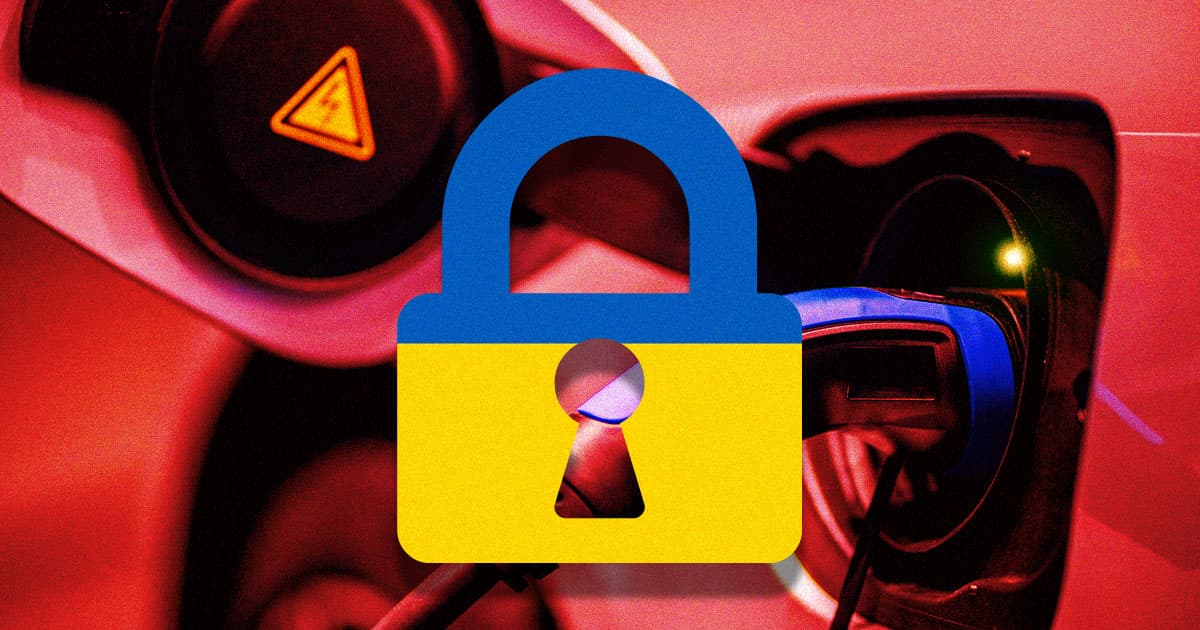 "Putin is a dickhead."

"Putin is a dickhead."

Russia’s hacking headaches continue as we enter another day of Putin’s invasion of Ukraine — and this time, it’s hitting the country’s electric cars.

Electric vehicle (EV) chargers on one of Russia’s busiest highways were shut down and programmed to display anti-Putin messages on its display screens on Monday, Jalopnik reports. The culprit turned out to be a Autoenterprise, a Ukrainian company that built the chargers’ main components.

The hack was confirmed by Russian energy company Rosseti, which maintains the chargers, and by Autoenterprise, which proudly confirmed the hack via its own video.

The Ukrainian manufacturer allegedly had backdoor access to the charger that allowed it to control it through the internet.

Autoenterprise remotely shut down the components and displayed pro-Ukrainian and anti-Putin messages such as "Glory to Ukraine. Glory to the heroes," and "Putin is a dickhead."

It’s worth mentioning that EVs make up an incredibly small portion of Russia’s vehicles. Of the country’s 45 million cars, just 13,000 are electric — so while annoying to those drivers, the infrastructural impact of the hack is miniscule.

Regardless, this latest instance of hacktivists hitting back at Russia is a cheeky prank that's a welcome break in the stream of bad news and chaos coming out of the region.

More on the Russian invasion: Google Disables Maps in Ukraine After It Revealed Troop Movements