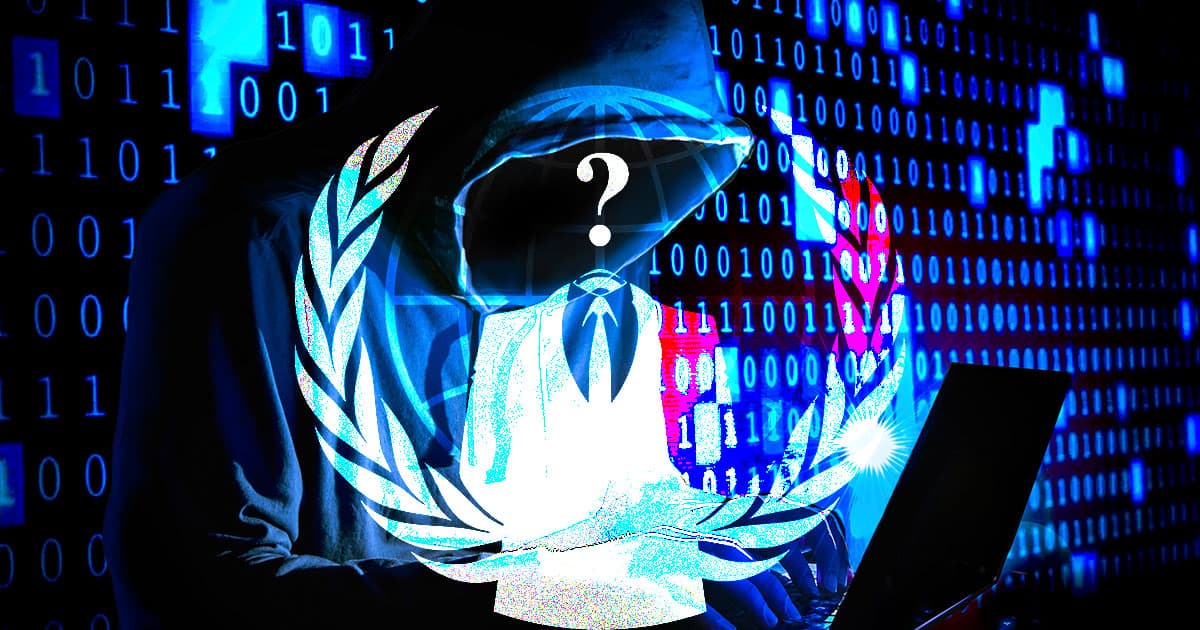 Grab your Guy Fawkes mask, because Anonymous is back!

Grab your Guy Fawkes mask, because Anonymous is back!

Anonymous — yes, the Guy Fawkes mask-wearing 2010s hacktivist group that trolled powerful groups including the Obama administration — is back. This time, they say they're targeting Russia.

Several Twitter accounts associated with the group claimed to have taken down numerous websites connected to the Russian government, including state sponsored news website Russia Today. The news agency confirmed that it had been targeted by a "strong DDoS cyberattack" on Thursday.

The hacks are a part of a cyber war that Anonymous declared against Moscow in retaliation against Russia’s brutal invasion of Ukraine.

"Anonymous is currently involved in operations against the Russian Federation," the group wrote on their main Twitter account. "Our operations are targeting the Russian government. There is an inevitability that the private sector will most likely be affected too."

They go on to say that they only want peace in the region and a "future for all humanity," adding that "while people around the globe smash your internet providers to bits, understand that it’s entirely directed at the actions of the Russian government and Putin."

In the past, the group’s been known to make a lot of threats that turned out to be nothing more than toothless chest thumping. Just last year they threatened Elon Musk, and that didn’t result in much of anything.

But if Anonymous was behind the recent hacks, it looks like they might have actually disrupted Putin’s schemes, if only for a little bit — which, honestly, is kinda cool. With other cyberpunk hacktivism underway, it’s nice to know that even people sitting at home on their computers can do their part to fight an imperialist invasion.