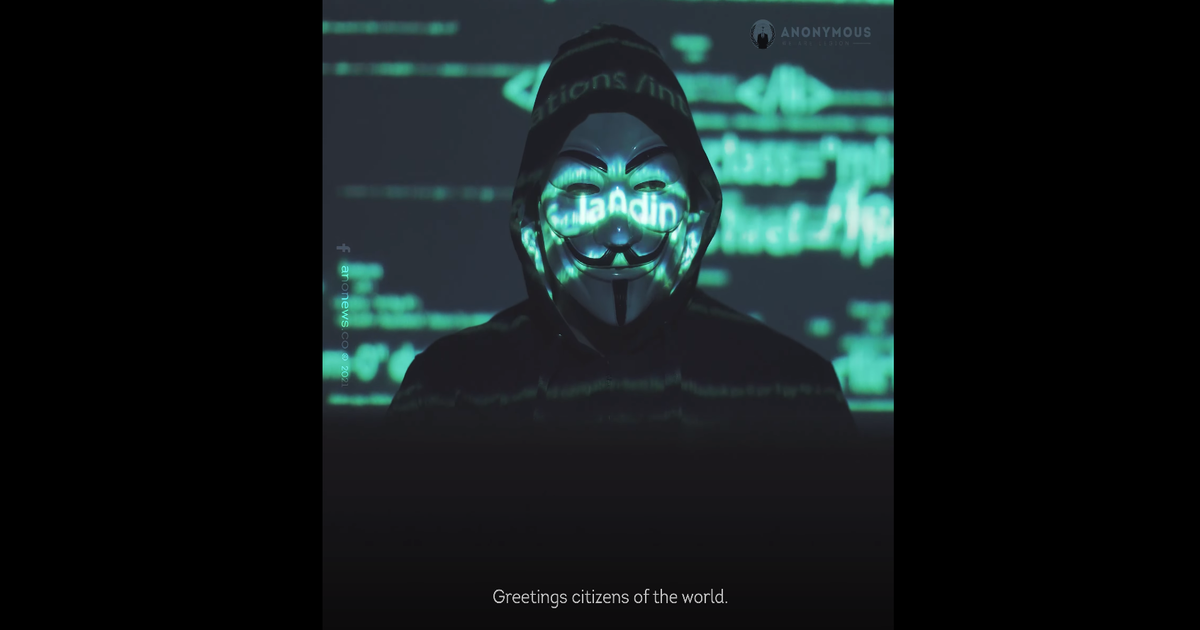 "You may think that you are the smartest person in the room, but now you have met your match."

"You may think that you are the smartest person in the room, but now you have met your match."

Elon Musk has drawn the ire of a lot of people: crypto investors, union organizers, and "Saturday Night Live" cast members, just to name a few.

However, it wasn't until Friday did he get called out by a fairly surprising group: the hacktivist organization Anonymous.

The group released a video threatening the Tesla CEO for his alleged manipulation of cryptocurrency markets, according to The Independent. Over the course of the video, Anonymous claims that Musk's memes and posts on Twitter "show a clear disregard for the average working person."

"Reading from the comments on your Twitter posts, it seems that the games you have played with the crypto markets have destroyed lives," Anonymous said on the video.

Check out the full production below (before it gets taken down like most every other Anonymous video):

The hacking group ended their video with an ominous threat to the SpaceX founder saying, "You may think that you are the smartest person in the room, but now you have met your match. We are Anonymous! We are Legion! Expect us."

However, does Musk actually have anything to worry about?

While there was a time in the 2000s and the 2010s when Anonymous posed a fearful presence in the Internet's collective psyche, those days are mostly gone. In fact, many of their more recent threats have since fallen flat or been completely empty.

For example, there was their underwhelming and inaccurate release of 1,000 alleged KKK members' names in 2015, according to VICE. There was also the more recent "hack" from Anonymous in the wake of the George Floyd murder. That one turned out to just be data from old breaches repackaged as newly hacked data, according to CNET.

But who knows? Maybe Anonymous will do something really crazy with Musk like hacking entire fleets of Teslas.

More on hacking: FBI Blames Russia Hackers for Shutting Down Much of US Beef Supply

D*** Pic Freedom
Elon Musk Thinks It’s Likely that “Something Bad” Will Happen to Him
7:07 PM
Read More
Abso-Effing-Lutely
Free Speech Absolutist Elon Musk Discovers That Some Speech Is Unacceptable After All
Dec 2
Read More
Be Better
Elon Musk Reportedly Slashed the Team That Fights Child Sexual Abuse on Twitter
Dec 1
Read More
+Social+Newsletter
TopicsAbout UsContact Us
Copyright ©, Camden Media Inc All Rights Reserved. See our User Agreement, Privacy Policy and Data Use Policy. The material on this site may not be reproduced, distributed, transmitted, cached or otherwise used, except with prior written permission of Futurism. Articles may contain affiliate links which enable us to share in the revenue of any purchases made.
Fonts by Typekit and Monotype.