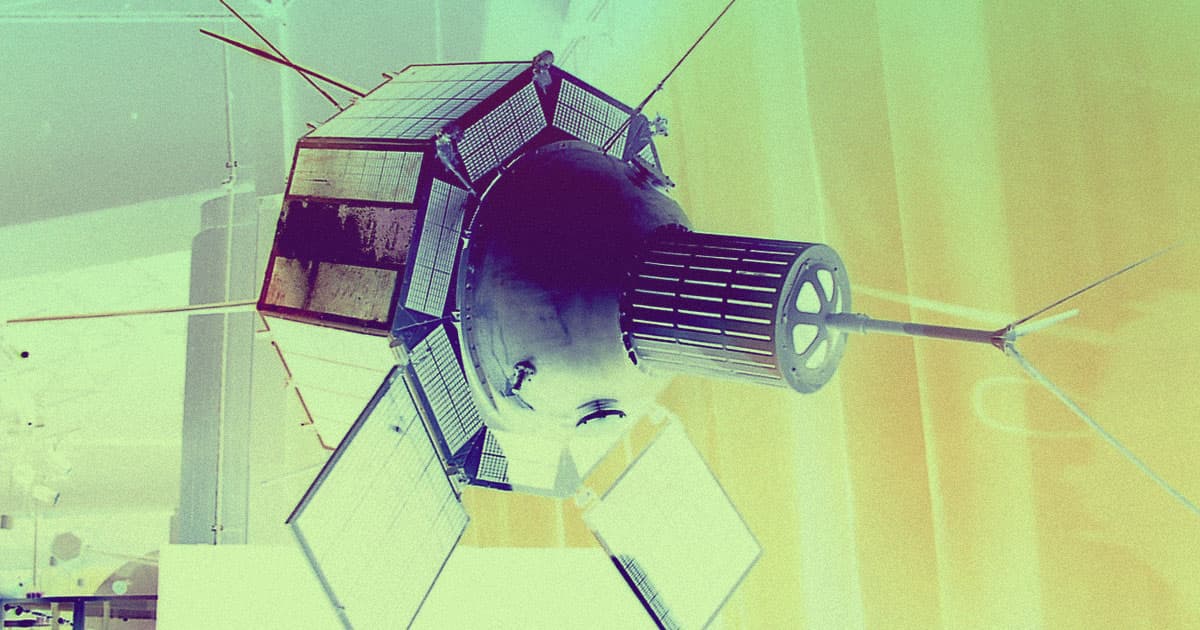 Russia Just Tested a Military Satellite That Kills Other Satellites

"This is further evidence of Russia's continuing efforts to develop and test space-based systems."

"This is further evidence of Russia's continuing efforts to develop and test space-based systems."

In short, the Russian satellite Cosmos 2543 demonstrated that it's capable of approaching another satellite in orbit and shooting it down, C4ISRNET reports. And that demo, amidst international talks about demilitarizing space, has the Pentagon concerned.

The actual weapon worked sort of like a Russian nesting doll: Cosmos 2543 first deployed a sub-satellite that then launched a projectile at the relative speed of 250 kilometers per hour. There was no target, and the satellite was only near another Russian satellite for the demo, but U.S. military officials see the test as a show of force.

"This is further evidence of Russia's continuing efforts to develop and test space-based systems," General John Raymond, Space Force Chief of Space Operations, said in a statement provided to C4ISRNET, "and consistent with the Kremlin's published military doctrine to employ weapons that hold U.S. and allied space assets at risk."

The U.S. State Department sees the weapons test as a sign that space warfare is a growing threat worthy of greater attention, C4ISRNET reports. And officials couldn't resist taking a jab at Russia along the way.

"This event highlights Russia's hypocritical advocacy of outer space arms control, with which Moscow aims to restrict the capabilities of the United States while clearly having no intention of halting its own counterspace program," Assistant Secretary of State for International Security and Nonproliferation Chris Ford said in the statement.

FROM THE DEPT. OF THINGS TO BUY
Best Telescopes of 2023
7. 31. 22
Read More
FROM THE DEPT. OF THINGS TO BUY
Best Space Games of 2023
3. 9. 22
Read More
Rock 'Em Sock 'Em
The Head of US Space Command Fears China's Giant Robot Arms
5. 24. 21
Read More
+Social+Newsletter
TopicsAbout UsContact Us
Copyright ©, Camden Media Inc All Rights Reserved. See our User Agreement, Privacy Policy and Data Use Policy. The material on this site may not be reproduced, distributed, transmitted, cached or otherwise used, except with prior written permission of Futurism. Articles may contain affiliate links which enable us to share in the revenue of any purchases made.
Fonts by Typekit and Monotype.