The US Military Just Blew Up an ICBM With Another Missile 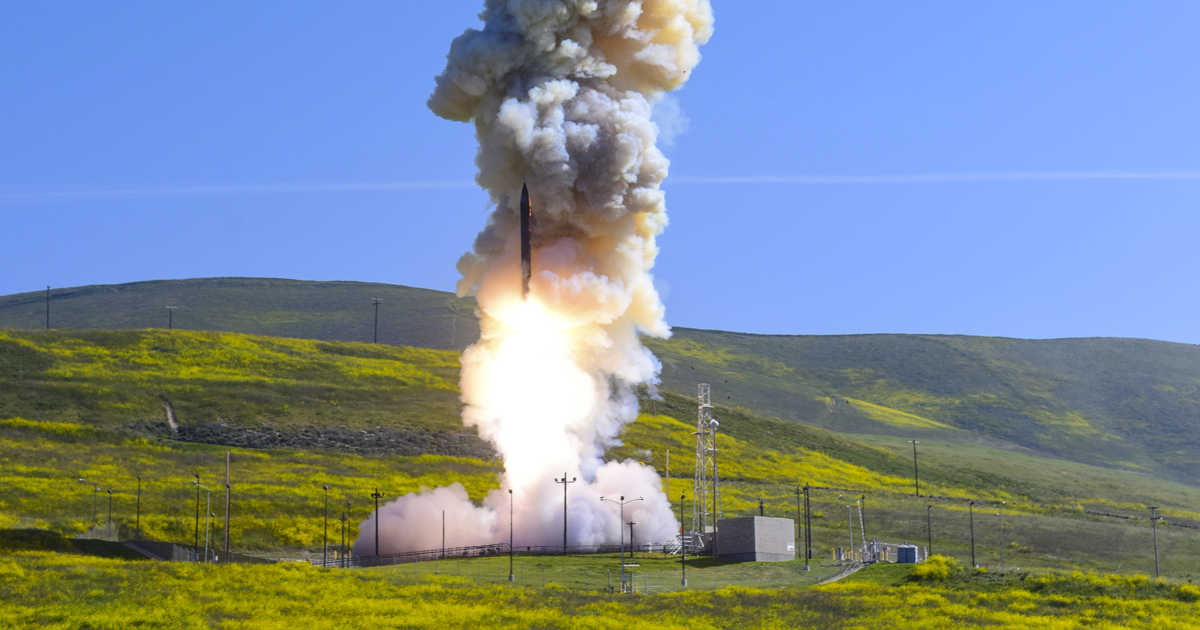 Image by Department of Defense

On Monday, The U.S. Department of Defense's Missile Defense Agency (MDA) intercepted and shot down an Intercontinental Ballistic Missile (ICBM) that had been launched from the Republic of Marshall Islands.

The U.S. was testing its ability to destroy a hostile missile before it reached the U.S. In this case, sensors on the ground, as well as those floating in the Pacific Ocean and orbiting in space, helped track the ICBM, guiding interceptor missiles launched from California to their target, according to an MDA press release — a sign that the military is readying itself for any future nuclear threats.

While the military's ability to smack an inbound missile out of the sky is impressive, the nature of running a test means that the odds were slightly stacked in the MDA's favor. For instance, the MDA knew when and where the ICBM would be launched, whereas an actual attack might come as a surprise.

While the MDA's announcement was scarce as far as specific, technical details go, past missile defense tests boasted impressive results because they were conducted under ideal, simplified conditions.

That said, the military just shot down a missile with a missile, which is an extremely metal thing to be able to do.

And while the MDA says it's still gathering and analyzing data from the test, the organization is celebrating the interceptor missile strike as a successful demonstration of the military's ability to defend against a nuclear strike.

"This was the first GBI salvo intercept of a complex, threat-representative ICBM target, and it was a critical milestone," MDA Director and Air Force Lt. Gen. Samuel A. Greaves said in the press release. "The system worked exactly as it was designed to do, and the results of this test provide evidence of the practicable use of the salvo doctrine within missile defense."

READ MORE: US Military Shoots ICBM Target Out of the Sky in Missile Defense Test [Space.com]

More on missile defense: Watch a Missile Smash a Dummy Nuclear Warhead out of the Sky

Read This Next
FROM THE DEPT. OF THINGS TO BUY
The Best Telescopes of 2023
FROM THE DEPT. OF THINGS TO BUY
Best Space Games of 2023
"Hoodwinked"
New Pentagon Group Accused of Trying to "Bury" UFOs Again
Hmmmmmm
The Pentagon Just Released Its UFO Report
Rock 'Em Sock 'Em
The Head of US Space Command Fears China's Giant Robot Arms
More on Robots & Machines
From the Dept. of...
12:00 AM on futurism
The Best Desks of 2023
Balloon Pop
Feb 4 on the byte
Footage Shows Chinese Balloon Being Shot Down
From the Dept. of...
Feb 2 on futurism
The Best Mini Fridges of 2023
READ MORE STORIES ABOUT / Robots & Machines
Keep up.
Subscribe to our daily newsletter to keep in touch with the subjects shaping our future.
+Social+Newsletter
TopicsAbout UsContact Us
Copyright ©, Camden Media Inc All Rights Reserved. See our User Agreement, Privacy Policy and Data Use Policy. The material on this site may not be reproduced, distributed, transmitted, cached or otherwise used, except with prior written permission of Futurism. Articles may contain affiliate links which enable us to share in the revenue of any purchases made.
Fonts by Typekit and Monotype.