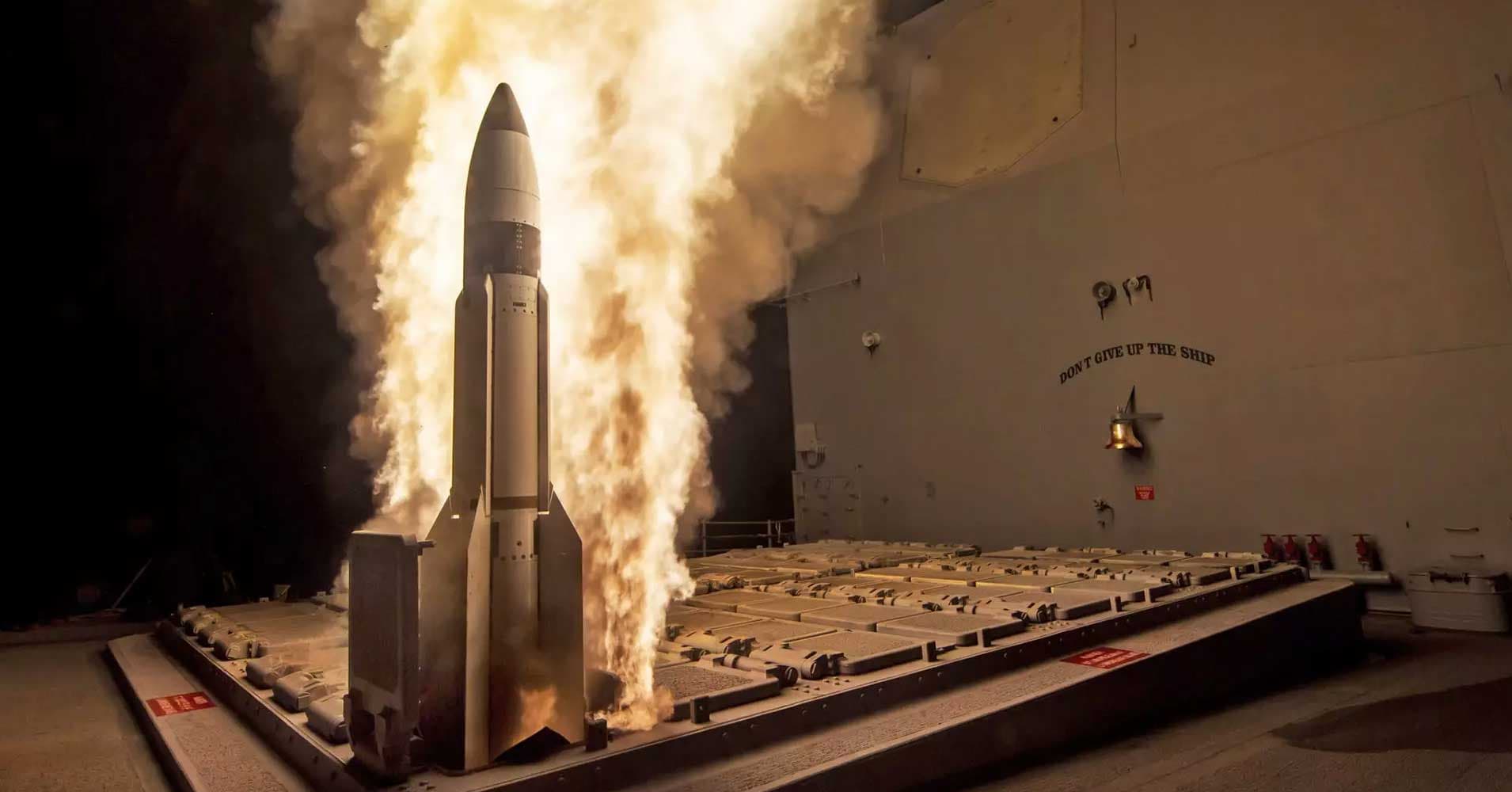 It's like shooting a bullet out of the sky with another bullet.

It's like shooting a bullet out of the sky with another bullet.

The Pentagon just pulled off an extraordinary feat: it shot a dummy nuclear missile out of the sky, using another missile.

The SM-3 can launch from land or sea, and was designed to intercept short- and medium-range ballistic missiles — very much like the ones in Russia and North Korea's stockpiles.

According to manufacturer Raytheon, the SM-3 interceptor is designed to slam into the target at a force of a "10-ton truck traveling 600 mph." It doesn't explode upon impact — it simply rams the enemy missile at ultra-high speeds to destroy it.

It's the second successful demonstration of the SM-3 after two failed attempts in June 2017 and January 2018, according to Defense News. The first was a spectacular mission failure when a sailor accidentally caused the SM-3 missile to self-destruct mid-flight.

A recently released video shows the SM-3 colliding with the dummy missile in mid-air:

It's a spectacular feat that essentially amounts to hitting a high-velocity target with another even faster missile — think of it as shooting a bullet out of the sky with another bullet.

Will it save us from nuclear armageddon? Impossible to tell at this early stage. But the enemy is bound to be paying attention as well, meeting U.S. advancements in missile technology with their own.

More on anti-missile technology: Russia Is Building an AI-Powered Missile That Can Think for Itself

"Hoodwinked"
New Pentagon Group Accused of Trying to "Bury" UFOs Again
12. 3. 21
Read More
Hmmmmmm
The Pentagon Just Released Its UFO Report
6. 25. 21
Read More
UFO Threat
Former Navy Pilot Says Team Saw Unidentified Objects "Every Day" For Years
5. 14. 21
Read More
+Social+Newsletter
TopicsAbout UsContact Us
Copyright ©, Camden Media Inc All Rights Reserved. See our User Agreement, Privacy Policy and Data Use Policy. The material on this site may not be reproduced, distributed, transmitted, cached or otherwise used, except with prior written permission of Futurism. Articles may contain affiliate links which enable us to share in the revenue of any purchases made.
Fonts by Typekit and Monotype.